The Mk I GTI was a world changer and showed post fuel crisis
world that a front wheel drive, reliable family econobox could be fun.
Its combination of fuel injected engine, manual rack-and-pinion
steering, 2000 lb curb weight, and room for your junk put the GTI in a
class of its own.
The paradigm is still true today and you don’t need a spend a bunch of
money to pick up a used GTI.  Find this 1984 Volkswagen GTI Mk1 offered for $3,500 in Boise, ID via craigslist. Tip from FuelTruck. 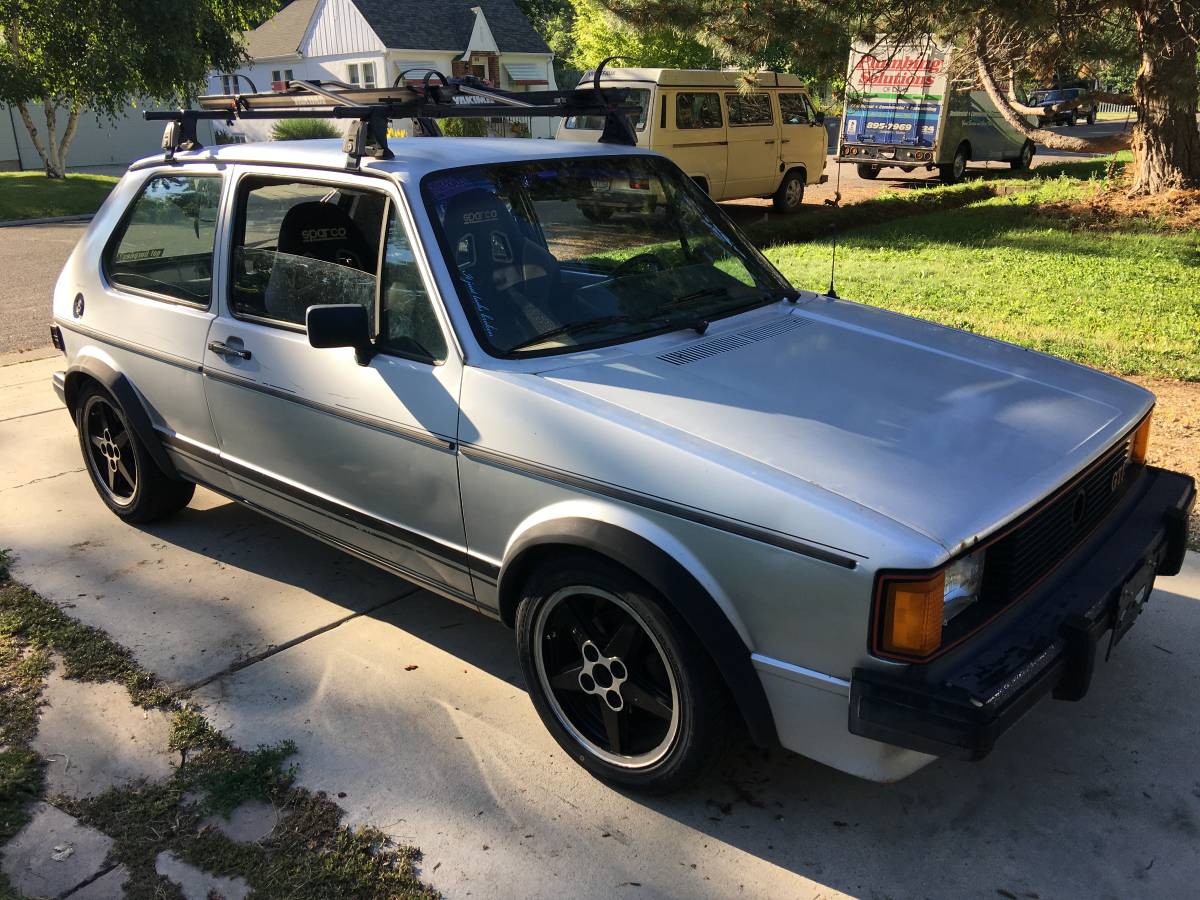 This add is for much more than just the car. Please read on.

This is NOT A PROJECT CAR. The project is over, finished. I’ve been
daily driving this car for almost five years and could do so for another
ten. Which is why I am moving on to a new project. A much more
complicated and expensive project.

This car has been in Boise it’s whole life except for the three years I
took it to Seattle. I have the CarFax from when I bought it I will show
you. My guess is it has over 200k miles. But, almost everything that
could wear out has and has been replaced.

Cosmetically, the car is almost bone stock. I love working on my cars.
But I’m not really into all the buffing/sanding/painting or pulling
apart interiors. I like driving a car that looks original, even if it
looks old. Or especially if it looks old.

It does have Sparko racing seats that need to be recovered.

Mechanically, this car is less than four years old. I purchased it in
November of 2012 and have since replaced, fixed, cleaned, and tuned
EVERYTHING. I am a 36yo mechanical engineer, mechanic, and VW
enthusiast. This was my eighth vehicle, my fourth VW, and my third GTI
(Mk2 and Mk3 previously). I have never owned a vehicle with under 100k
and do all of my own work aside from welding exhausts and mounting
tires. I would be absolutely confident in loading my entire family into
this car and driving it to Florida right this minute.

I cannot even begin to describe the time and money I have put into this
car. Whatever system, part, inspection, problem you’re thinking about
right now. Yes, I’ve already done it and I used the best parts
available. In many cases upgrading to modern components from later year
VW ‘s.

If you’re truly interested in this car. Send me your phone number in an
email and we can talk about it. The person who buys this car already
knows and loves VW’s and is looking to showcase their enthusiasm. This
car has taught me so much about engines and mechanics and was the
cheapest and funnest car to maintain and drive I’ve ever owned.

The most notable performance upgrades would be the 2 1/4″ Stainless
Steel catback exhaust with a brand-new CAT and headers from a Mk2, and
the Coilover Suspension (ST’s, not that Raceland crap).

Let’s talk about what else you get:

Included are 14″ VW Snowflakes with worn but usable summer tires.

If you’re unaware, you can swap the stock block/crank/pistons with those
from a MK3 2.0 and jump the car from the current 85hp to 115hp or so. I
have all of the special components needed to start the build in your
garage while you’re still driving the car! I already purchased an entire
second 1.8JH engine, disassembled it and kept all the parts needed.

All you will need are some standard parts such as head gasket, and the
block from a Mk3 ($100 at most junk yards). 115hp in a 1500lb Rabbit
should be plenty enough to burn the rubber off your tires and it uses
all the stock fuel injection transmission and everything.

The most notable of the parts are: Techtonics Tuning Tall Headers and
Short Shift kit, Second 1.8JH head from another ’84GTI, Knock Sensor
Ignition and distributor from a Mk2, and a Mk2 Big Throttle Body.

Handles, sensors, water pump, oil filters, urethane bushings, motor
mount. Every part for this thing is like $5. So sometimes I’ll just go
crazy when I’m already paying for shipping just in case I need
something.

There’s no way I’ve included everything in this post. You’ll have to see
it to believe it. And all of the spare parts can fit inside a standard
closet space. Except for the wheels.

If I can’t find the ideal enthusiast to take over the care for this car.
I will likely open up an eBay store and start selling off my stock of
rare parts. It wouldn’t break my heart to just moth-ball the car at my
father’s house either. As I’m sure a few years dorking around with
computer controlled vacuum systems and engine mapping will make me yearn
for the world of the Mk1 once again.