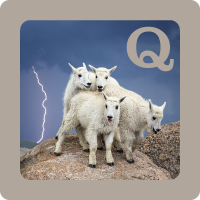 Q is most definitely for quattro – that’s right, with a lowercase q since we are referring to the all wheel drive system and not the vehicle of the same name in which it debuted. That car would be the Quattro, colloquially known as the Ur-Quattro or UrQ for short. The car below is a few generations removed, but still uses largely the same mechanical system for transmitting torque to all four quorners. In essence, torque is split 50:50 between front and rear axles until there is slippage at either end, at which time…bam!…the axle with more grip (less slip) gets more torque and keeps you moving in a forwardly direction. Even though the car it’s attached to has a less than stellar reliability history, quattro is a classic system and we are all about an appreciation for depreciation here at DT. Find this 2001 Audi A4 1.8T quattro for sale in Tampa, FL for $4800 via craigslist. 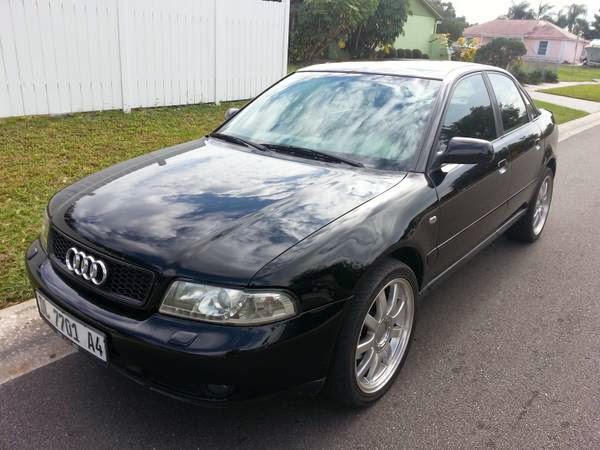 This A4 definitely looks nicer than 90% of the clapped out hoopties from this generation that are still on the road today, with shiny black paint, no major apparent issues, and a nice interior. However there is something funky going on with the ride height; just look at the gap between the tires and fenders. Did someone lift this sucker for Floridian rally use? Is that even a thing? 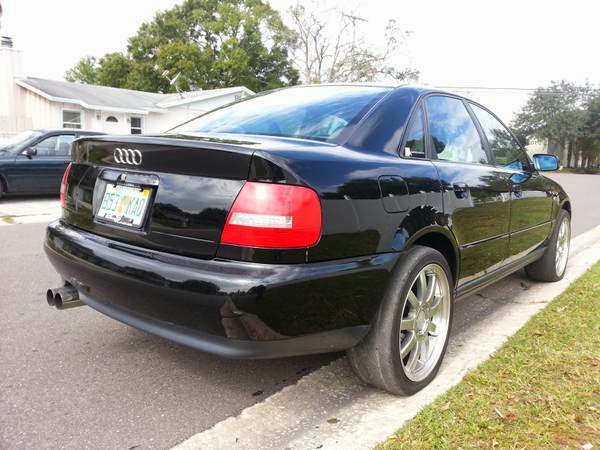 Being a first-generation A4, this chassis was known as the B5, of course. In the VW Group, B indicates that this is a midsize car platform, and 5 indicates the 5th generation. Previous Audi B cars were known as the “80” but the B platform in general was mainly used by the Passat, which has since moved on to another platform entirely. Confused yet? Don’t be…the main points to absorb are that the engine is longitudinal, the car is fairly small by today’s standards, and there’s a transaxle with three outputs: one on either side for the front wheel driveshafts, and one in the back connected to the rear diff. The Torsen T1 center diff is purely mechanical and uses twisty gears (that’s a technical term) to transmit torque to the axle with the most grip instantaneously. That’s a fancy way of saying this AWD system is far more robust and comforting to gearheads than the Haldex style viscous systems…we will leave those for another day. 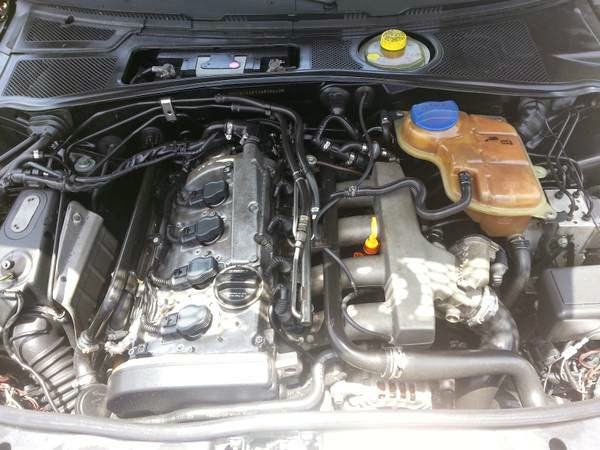 Because of the need to transmit torque to the front wheels, the transaxle has to be fairly far forward in the chassis, meaning the engine has to be even farther forwarder..er…and it ends up almost entirely ahead of the front axle centerline. This is really FF; like Audi’s now corporate cousin Porsche does really RR…so there is some symmetry to behold. The engine in question here is the peppy little 1.8T inline four, a stout iron block design displacing 1.8 liters, and bestowed with five valves per cylinder and a small turbocharger to get things moving. 170bhp was a pretty modest output from the factory and won’t feel too fast today. However, airflow isn’t a problem with one of these engines, and simple bolt-on modifications to the turbo, intake, exhaust, and fueling systems can result in an easy 300 wheel horsepower with the right tuning. 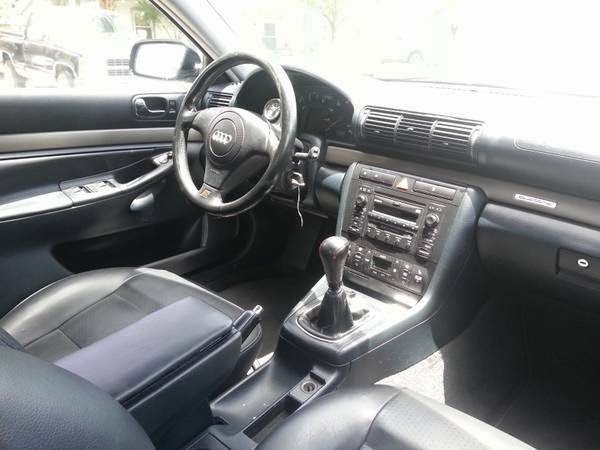 This black interior looks almost new; amazing given the Florida sun, heat, and humidity, and a testament to VW/Audi’s interior quality standards. Some other aspects of the car may not be comparable in quality (*ahem*…I’m looking at you, electrical system) but at least you will have a nice place to park your butt when the power locks fail, trapping you to die a slow death in the Tampa heat. And hey! A 5-speed manual transmission! Something to play with while you count the hours. This has been another DT PSA regarding hot cars being hot. Stay safe, Florida.

Some other quattro-equipped A4s for your consideration and discussion:

Next: R is for Ridonkulous: 1993 Buick Roadmaster Estate…