One of the biggest knocks on the Disco era Corvette’s is the lack of power from the strangled 350 V8 engines.  In 1978 for the 25th anniversary, you could get a 220hp option which was a nice upgrade over the base 185hp.  The biggest exterior change for 1978 was a new fastback design and the removal of the rear flying buttress sail panels.  Today’s car really turns up the wick in the power department with an addition of a Procharger on a 383 stroker engine to the a claimed 580 hp.  The stock three speed automatic has been swapped in favor of the later 700R4 overdrive unit.  Find this 1978 Chevrolet Corvette for sale in Newfield, NJ for $18,500 via craigslist. 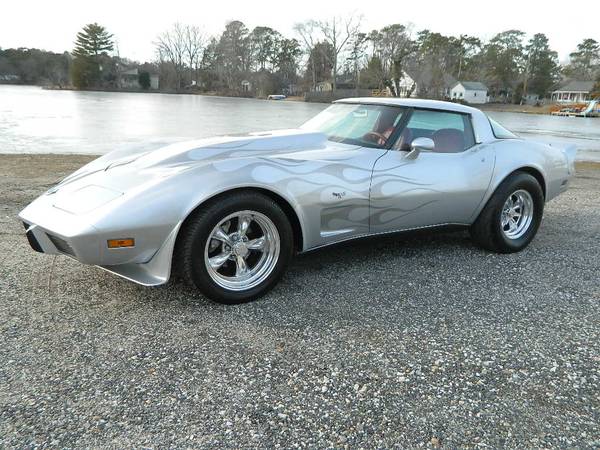 Light details from the seller: 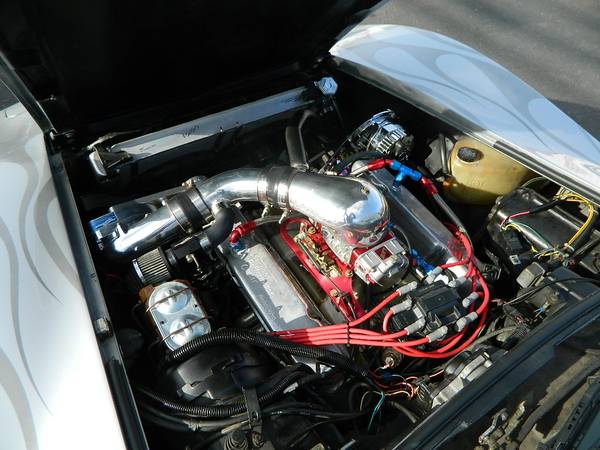 The bright red interior is not for everyone, but looks to be in decent shape.  The cragar style wheels have some really meaty (balloon spec) tires on them.  I would love to know the size of the size of the rear tires- any guesses?  Decent paint work costs $$$ and the ghost flame paint job on here likely cost a pretty penny.  The asking price here is substantially higher than most late C3 Vettes but does have quite a bit going for it if you like the era of cars, 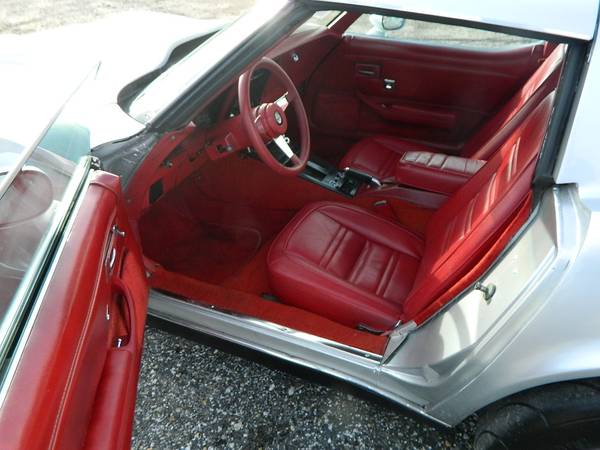 Cory is working on getting a crack and a bend of a set of BBS wheels picked up for his 1999 E300.