The Toyota Grand Prix in Long Beach was an annual Pro/Celebrity race in Toyota street cars that was first run in 1977 and finished when Toyota pulled their HQ out of SoCal in 2018. The race has always had lots of carnage and is typically more fun to watch than the Indy/IRL/ChampCar parade of high-powered wing-equipped spec-chassis ‘race-cars’ held later in the day.  Not sure how the cars were sold/auctioned after the events, but every once in a while one of the cars from that race will show up on ebay for a reasonable price, and I sorta want one. Find this 2000 Toyota Celica GTS here on eBay bidding for $7000 with 2 days to go, located in North Vernon, IN . 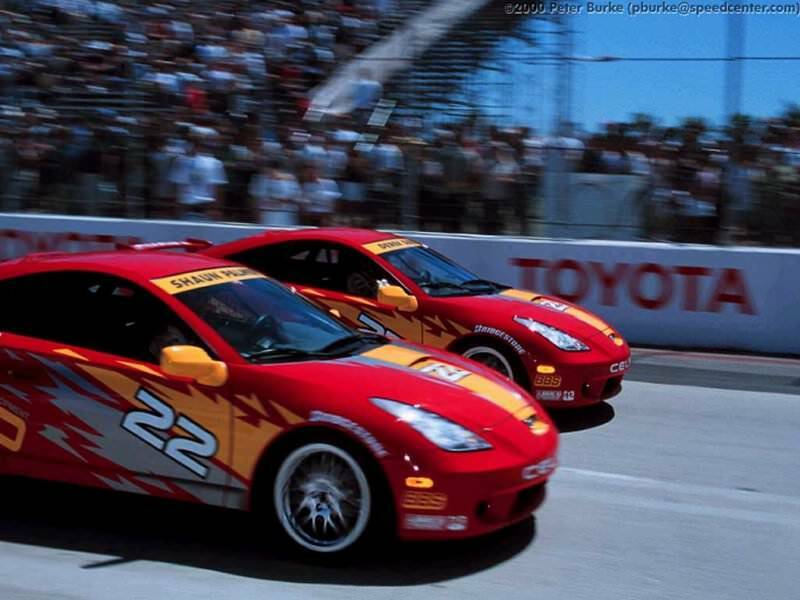 Seller Notes: “Car is in great shape, especially for a car that has seen track time. Car only has 9,510 miles on it and the paint is in pretty good condition. The graphics does have some checking, but they are original so between being 19 years old and some time in the California sun this is better than I would expect. I have added one picture, with a little visual of racing is rubbing. Derek made a little contact with Shawn Palmer. It may actually be able to worked out without painting, but to me it’s a race car, so it’s part of its history. It does have a check engine light that is on, that is because of the cold air intake. I have the parts to return it to original. Last but least, this was used in SCCA, they had a problem with it being to loud, so to correct this it has two layers of perforated stainless steel with about 4 stainless steel scrub pads between them and these are inserted into the back of the exhaust, still loud, but SCCA accepted it so these can be removed to get the original sound.” 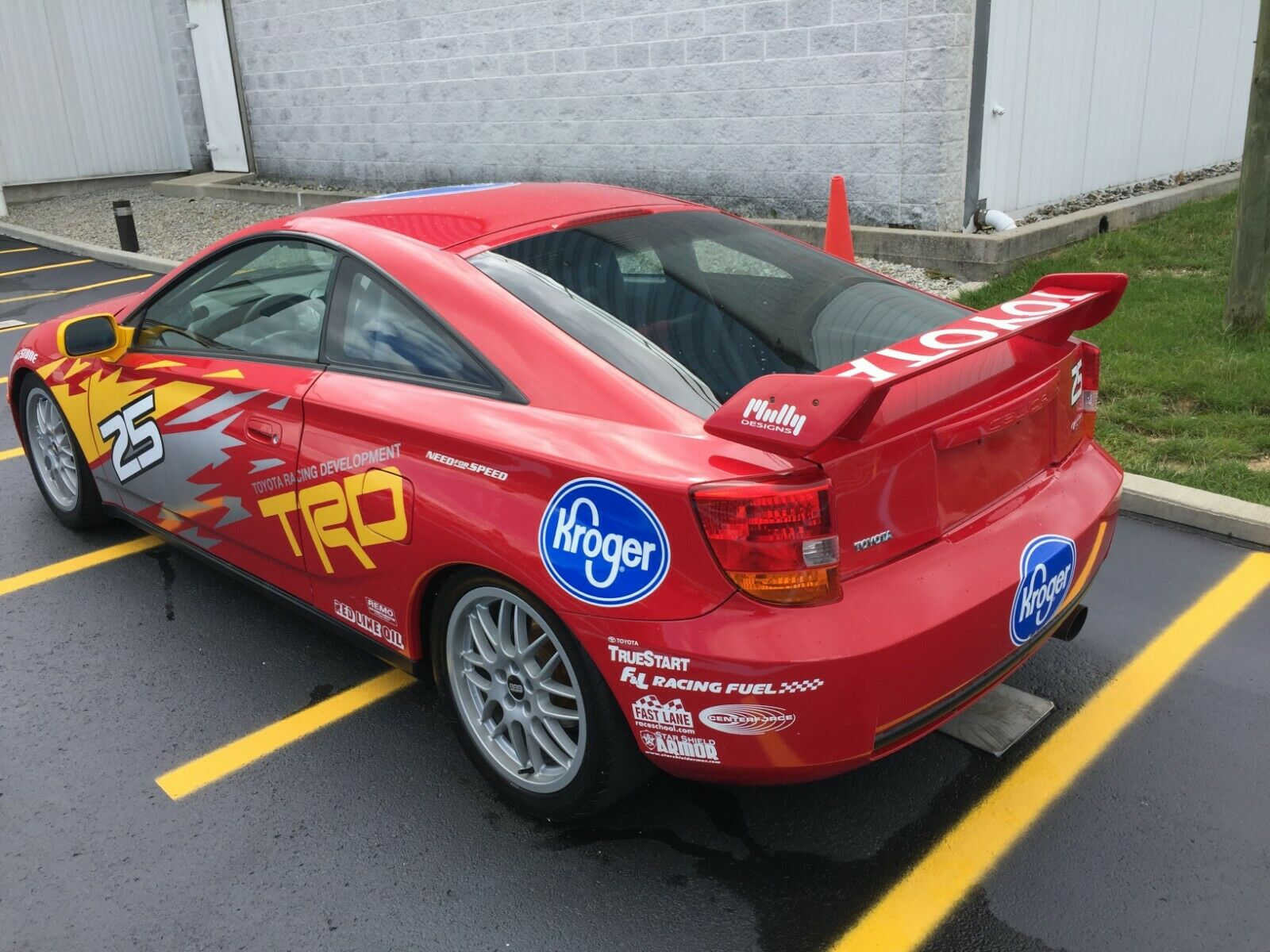 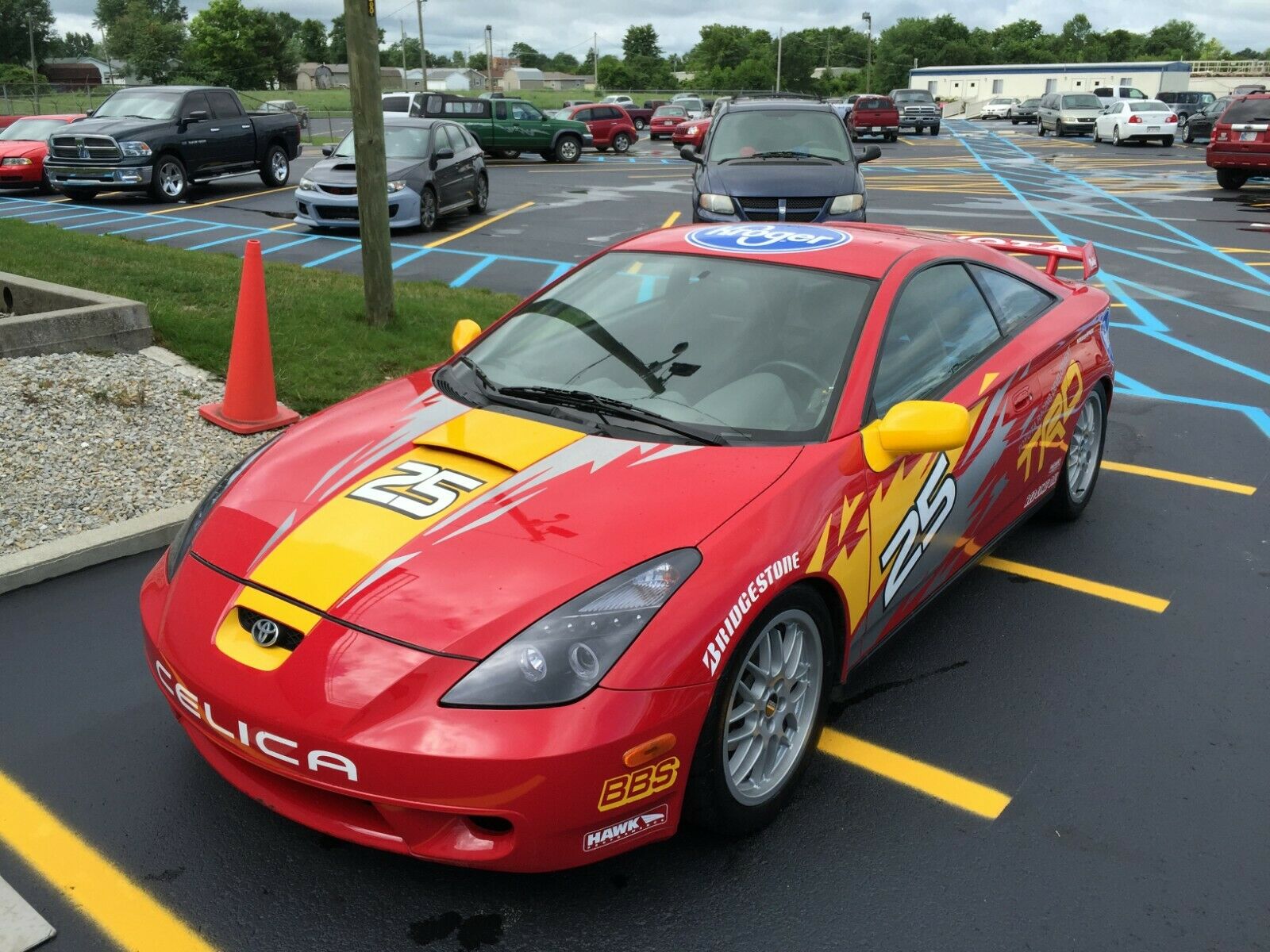 Up for Bid, is a Toyota Celica GTS TRD Development Car that was driven by Derek Daly in the 2000 Long Beach Celebrity Pro Grand Prix. This car started it’s life by being pulled from the celica line before suspension, brakes, exhaust, interior, and final engine assembly were done. It then was turned over to TRD Development to add their performance racing parts. The car has roll cage, fire suppression system, electrical disconnect switch, red line light indicator, drivers side racing window net, accusump oil delivery system, fire resistant interior material, Simpson 4 point seat harness for both driver and passenger, and the following TRD Development parts: exhaust, suspension, and brakes. Also has BBS light weight Aluminium Wheels with tracks tires with less than 15 miles on them. It has a cold air intake, TRD version, but this is not how the car was originally raced as, I believe I have all the parts to return it back to the factory air box. The paint is in pretty good shape, there are a few scuffs on the front and rear bumper, but nothing to bad. The race decals are original to the car, some have some cracking, but they are 19 years old, but most in are good condition. There currently are three decals on the car, Kroger, these are not original to it, if your like them removed i will have this done and cleaned off before you pick it up. On the performance end, this car is extremely fast for it being a 1.8 liter / 180 horsepower engine, it launches well and it handling is great. In the turns its true and it will go where you point the wheels. In tight turns, just light touch of the brakes to set the car and then back on the gas an she pulls right thru. I also have LED projection headlamps in the car. I’m sure I have forgot a few things to describe this car, but I’m sure those I forgot are positive things that would be a bonus. I really do hate to sell this car, it’s fast, fun, and it gathers attention everywhere it goes. The car is located 1 hour south of Indianapolis and 1 hour North of Louisville, if you want to see and hear the car run just let me know and we can arrange that. 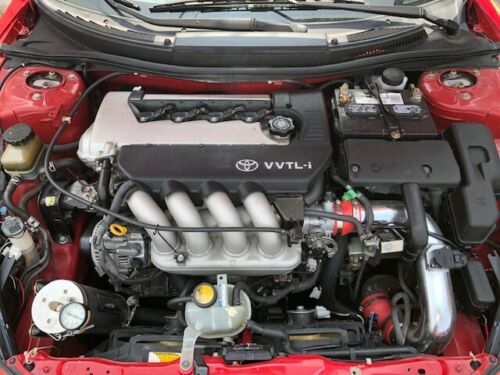 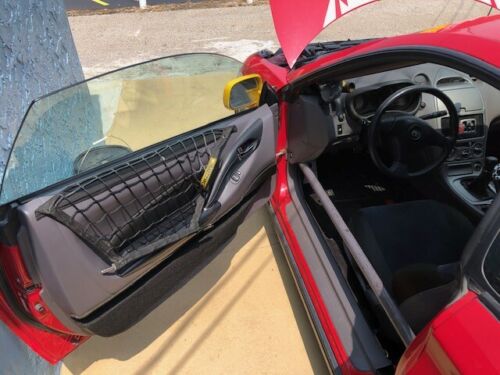 See a better way to drive a Celica? tips@dailyturismo.com