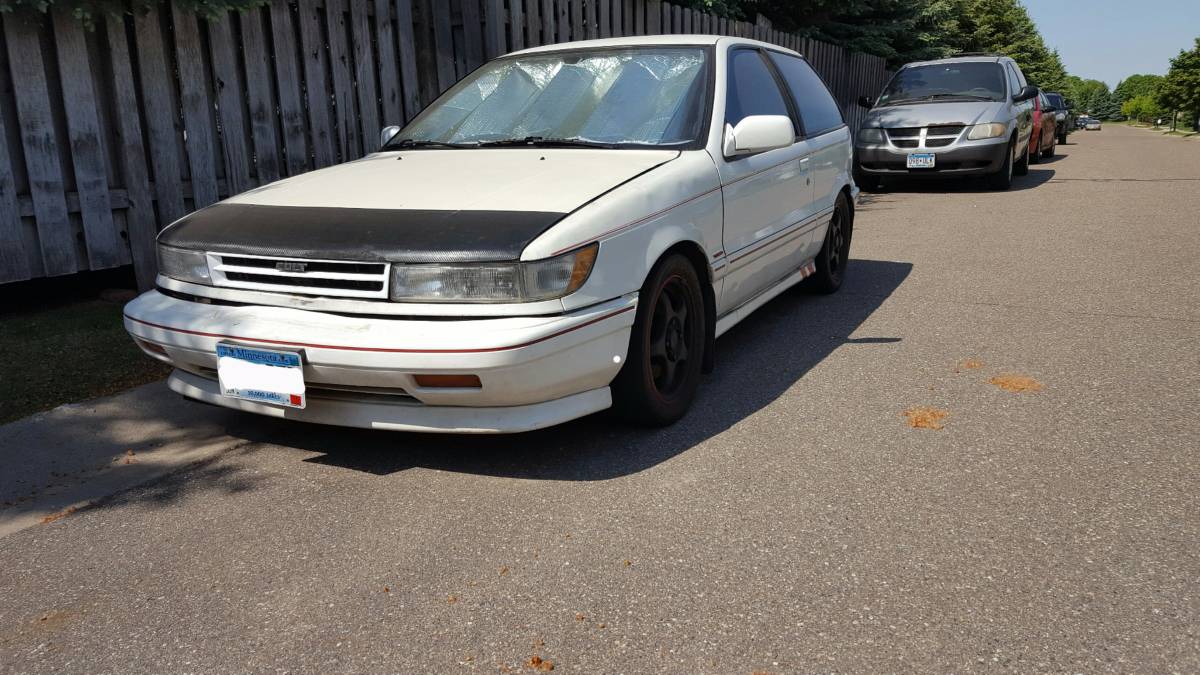 The seller mentions the perennial red flags to tinkering with cars: two kids, screaming wife, no time, and a lack of funds. The car has 175,000 miles on it and has about 100,000 on the engine swap. The car was run with too much boost and the now the head or head gasket may be bad. (You almost had me? You never had me – you never had your car… Granny
shiftin’ not double clutchin’ like you should. You’re lucky that hundred
shot of NOS didn’t blow the welds on the intake! You almost had me? Now, me and the mad scientist got to rip apart the block… and replace the piston rings you fried…) The seller lists off an extensive list of desirable and some less exciting extras that come on (and off) the car. 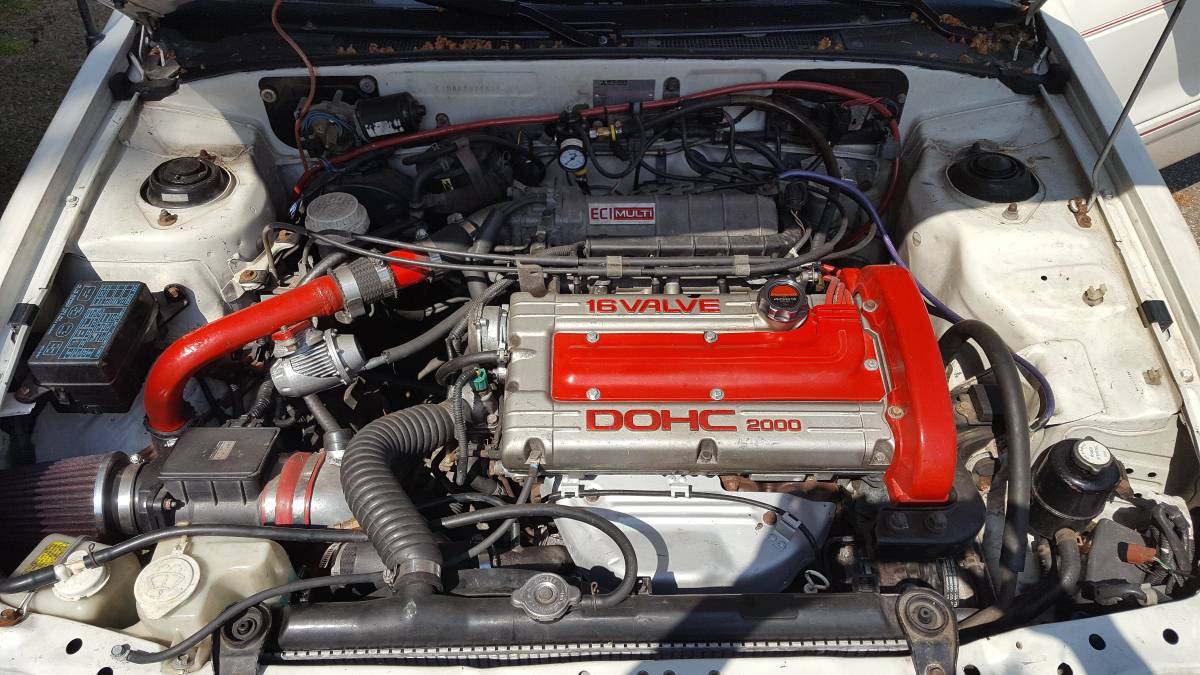 Only 1600 Mitsubishi Mirage and Dodge Colt turbos were sold in 1989 so there are very rare birds. These one year only cars were well reviewed by the auto press at the time and even made Car and Drivers top ten list that year. 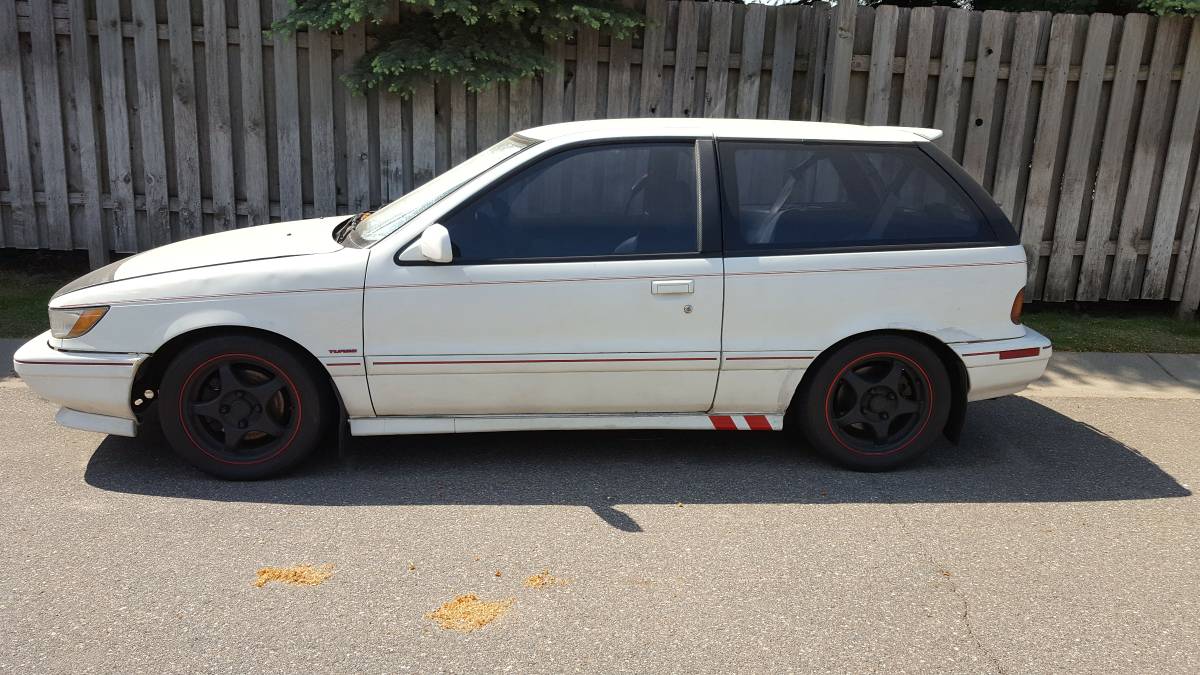 The combination of a 2500 lb curb weight and near limitless tuning potential of the 4g engine make this car the ideal car for someone who lives their life a quarter mile at a time. 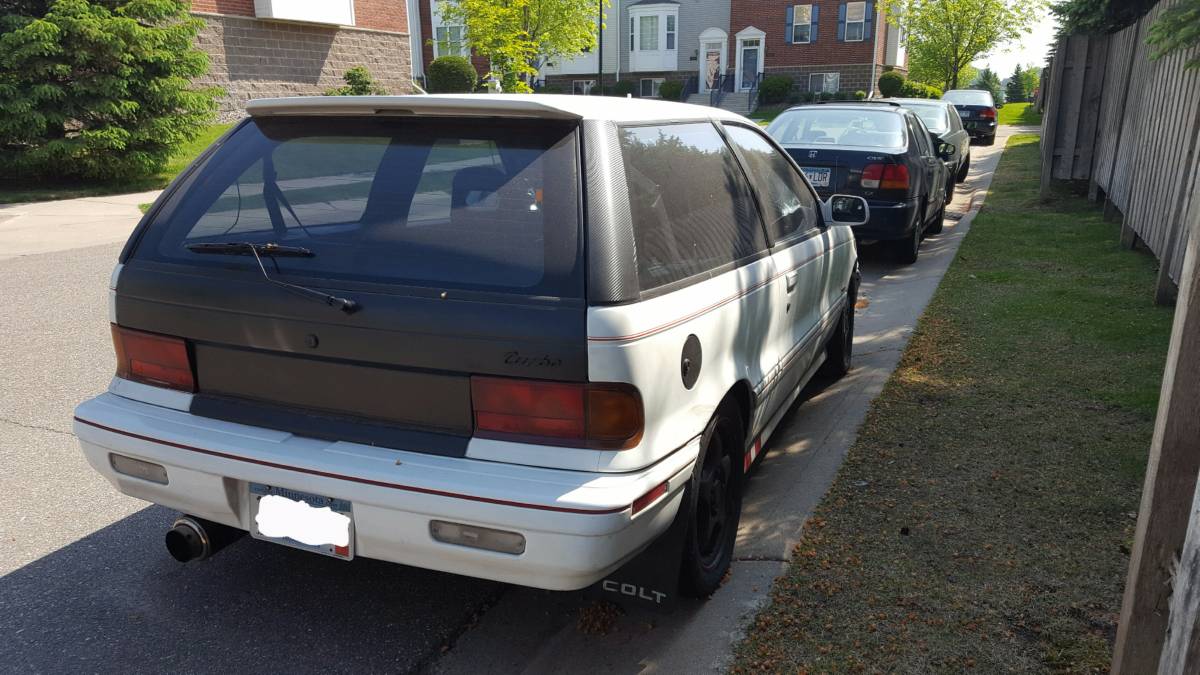 See a more obscure hatchback with a bigger fart can muffler, email tips@dailyturismo.com