Fuel economy and speed don’t always have to be at odds.  In fact, efficiency is the ally of the hyper-miler and racer alike.  One way to achieve the best of either worlds is to decrease the mass of your vehicle.  Here is an example of a car that took weight advantage to the extreme to achieve both ends.  Find this 1987 Chevy Sprint Turbo for sale in Selma, NC for $3,500 via craigslist. 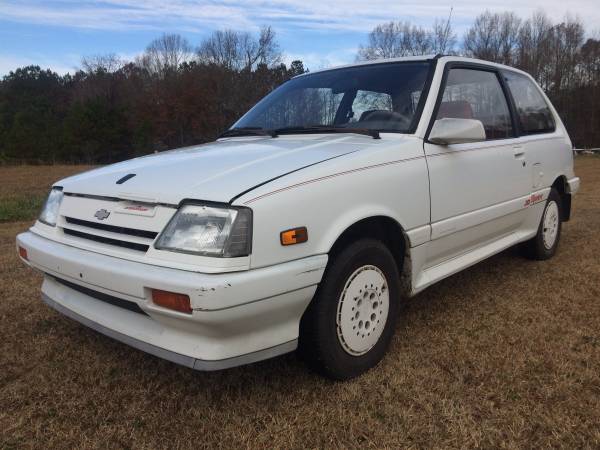 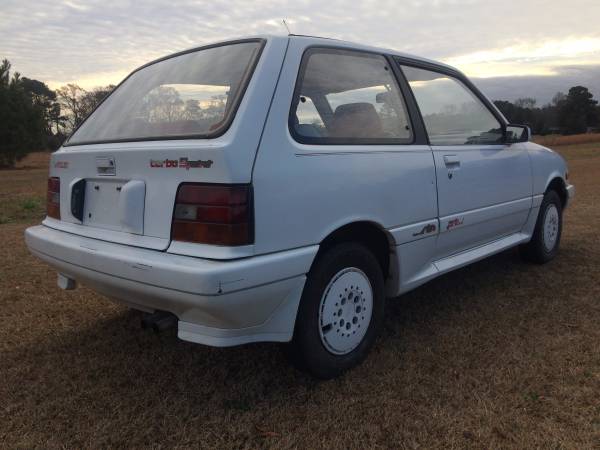 Hot hatches like these were not unfamiliar overseas and there were even a few available domestically. The Honda City, Renault 5 Alpine Turbo (not the rally car) and the Turbo Mitsubishi Mirage/Colt Turbo all predate the Sprint Turbo.  The Sprint was the stateside small displacement and MPG champ, however.  Nowadays, these force fed Sprints are rare as hen’s teeth and should be remembered for their 3-cylinder descendants.  The familiar shape of the pumpkin-seed smooth Geo Metro housed the naturally aspirated version of these tiny Suzuki mills, too.  They are still prized for their fuel economy. 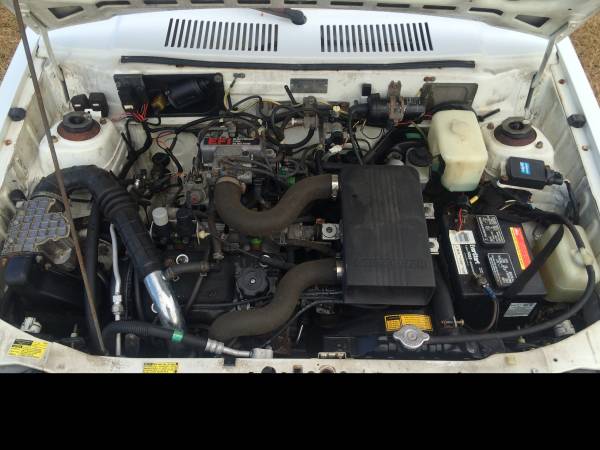 The Geo Metro (aka Suzuki Swift and Pontiac Firefly) as we know it was still available in Europe as late as 2004.  The one liter, three cylinder Suzuki engine design may soon live on, yet again.  If the 3-wheeled Elio autocycle ever sees production, it will be powered with a redesign of the engine.  Its fuel economy target is 84 MPG. 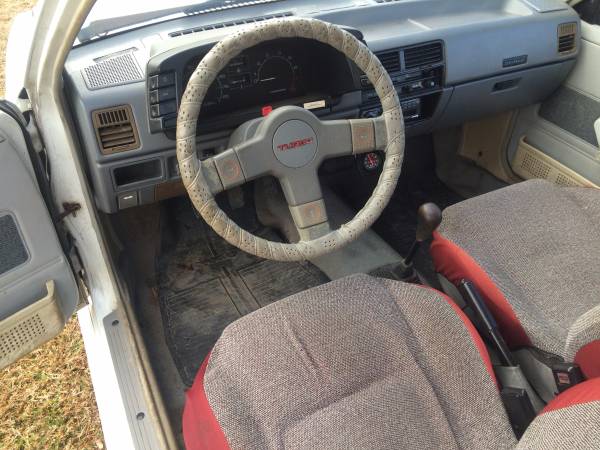