Ford’s final foray into the fullsize body-on-frame segment was a curious mix of old and new – from 2003 – 2011 the Crown Victoria used an all new chassis and suspension, but kept the same old body it had since 1998, which really was just an evolution of the aero design model that debuted way back in 1992. The good ol’ 4.6L Modular V8 soldiered on as well, but despite these similarities a final-generation Crown Victoria Police Interceptor feels almost nothing like riding in Grandpa’s Vic. On top of that, the detective-spec models are quite attractive, built as they were with all the police goodies but wearing civilian paint colors for a more incognito look. Find this 2011 Ford Police Interceptor for sale near Portland, OR for $4,650 via craigslist. 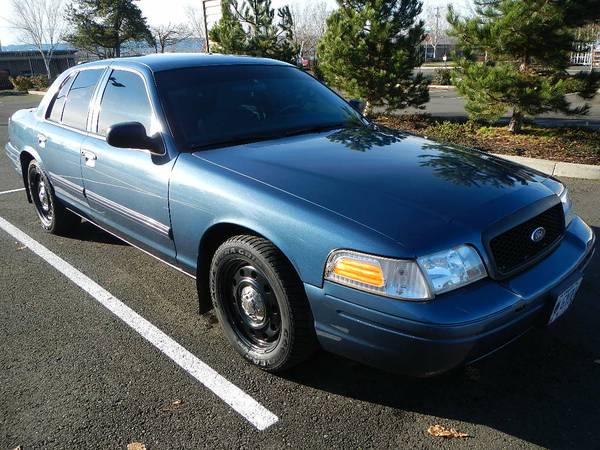 Last year this author bought a 2008 P71 Police Interceptor, and was extremely pleasantly surprised by how well this big beast can handle corners and keep its composure over rough pavement, bumps, and jumps. The aluminum front subframe holds a short/long A-arm suspension that looks suspiciously like Ford simply scaled up the Mazda RX-8 front end… I’d believe it because if there was ever a Mazda of full-frame cars, this is it. The rear still uses a live axle, but it’s well controlled with a 4-link setup and Watts linkage to keep things centered. 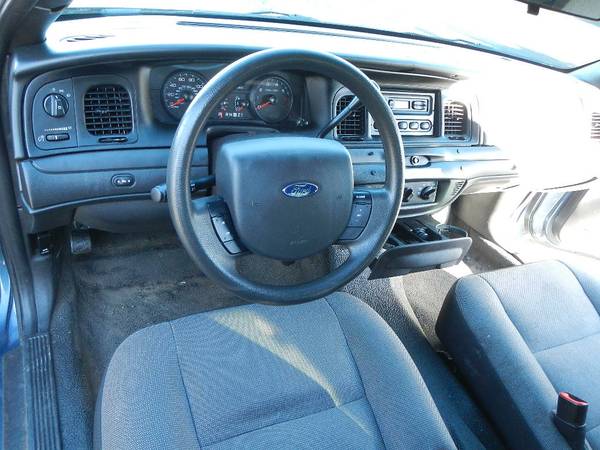 The interior on this particular car has basic cloth bucket seats and a rubber floor mat with no carpeting. There were some detective cars built with velour split bench seats and civilian spec appointments inside, which would be better for a daily driver. Despite the lack of luxury, the P71 is a superb highway cruiser. I put 3,000 miles on ours in the month of August alone last year, driving from Southern CA up to Seattle and back in the Lemons Rally. It was one of the best long distance cars I’ve ever experienced because of the great balance between comfort and dynamic capability, with none of the floaty porpoise feeling from earlier Detroit boats. 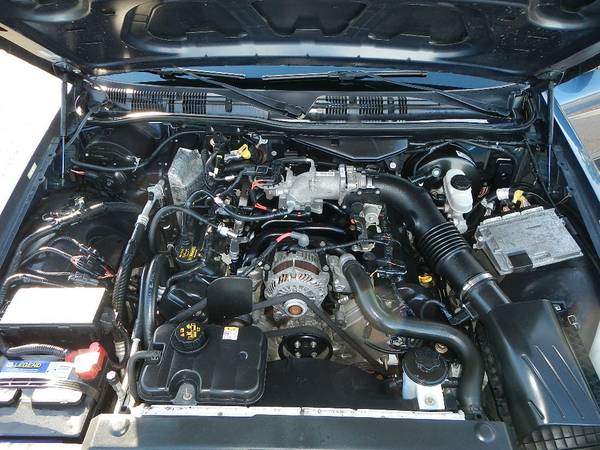 The 2-valve per cylinder 4.6L V8 makes its final appearance in this car, generating around 250 hp and 300 lb-ft of torque. It’s a well developed reliable engine with great parts availability and it’s cheap to keep running. This car won’t win any drag races against STIs, but it does scoot off the line really well for its size & weight. 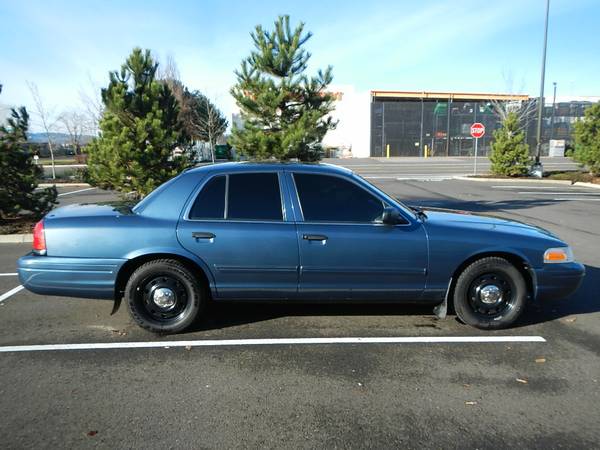 My former Vic is currently torn apart and morphing into a pickup truck, and I miss the darn thing. The DT Roadmonster (Buick Roadmaster wagon) has taken its place in the fleet, but I’m sure someday I’ll want the tight responsive feeling of a P71 again, and spring for something like this blue beauty.

CFlo is DT’s co-founder and Technical Editor. He doesn’t always go domestic, but when he does, he prefers the late model stuff.