In 1988 Chrysler launched a new marque called Eagle — which was supposed to sink its hooked talons into the soft underbelly of Japanese car sales and tear up the competition.  It was sort of a competitor to GM’s Pontiac division, in that it was aimed at the “sporty” driver, but also at Saturn in that it was aimed at stemming the catastrophic market share losses to the Japanese.  Either way the brand was mostly a collection of badge engineered cars from other Chrysler divisions or captive imports from Mitsubishi…like this next one.  Find this 1992 Eagle Summit DL Wagon here on eBay

bidding for $600 reserve-not-met with 4 days to go, located in Woodhaven, NY.  Tip from Adam. 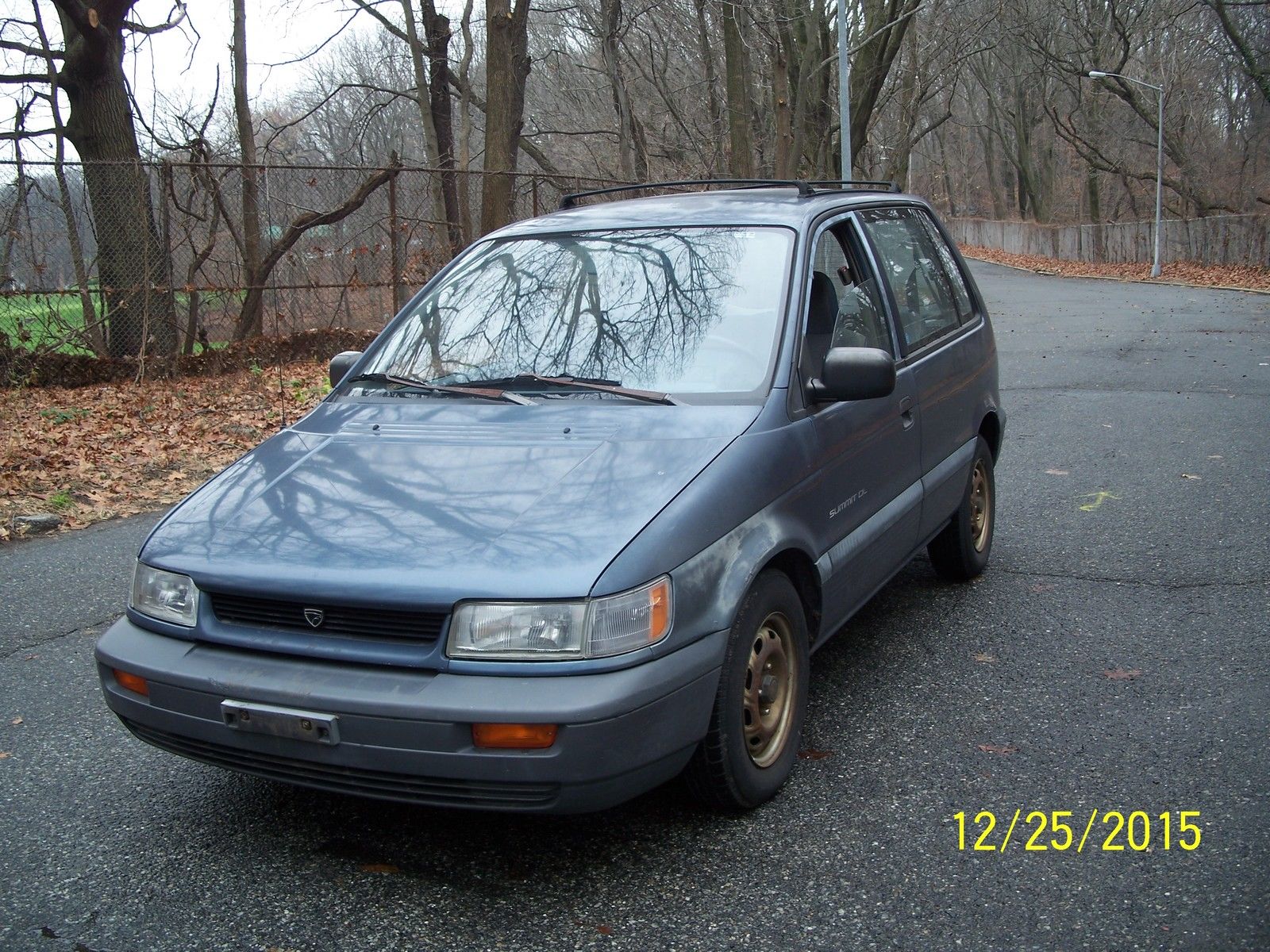 Eagle introduced the Summit sedan and hatchback riding on a platform shared with the Mitsubishi Mirage and Dodge Colt, but the wagon was based on the Mitsubishi RVR/Space Runner — a comely hatchback/wagon that was fit for families and loony buyers.  However, it did offer a CUV driving experience before the term was coined, with upright seating, good visibility, minivan style cargo storage, and available all-wheel-drive. 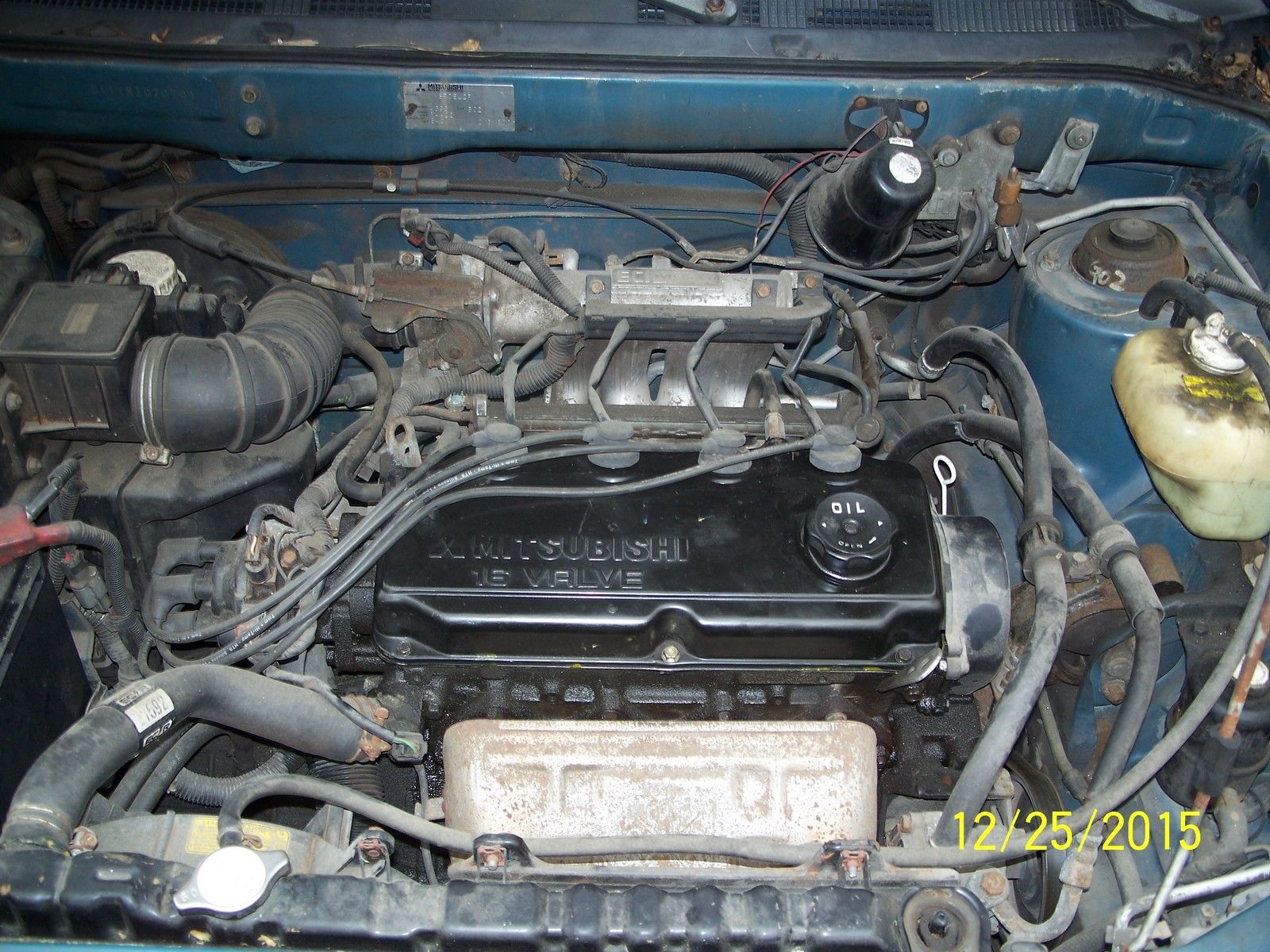 Back in the day, dealer service departments were rife with stories of irate customers who claimed that somebody swapped a “Mitsu-bishi engine into thar’ ‘Murican family car” but it was true they did come from the factory with a Mitsubishi logo stamped on the valve cover of the 1.8 liter 4G93 SOHC 16-valve 4-banger that should be good for 101 horsepower from the factory.  It doesn’t sound like much (particularly mated to a slushbox) but the Summit only tips the scales around 1500 lbs kg [which is 3300 lb; ed. CFlo], so it actually scoots fairly well slowly if you dig the spurs in and break out the riding crop. 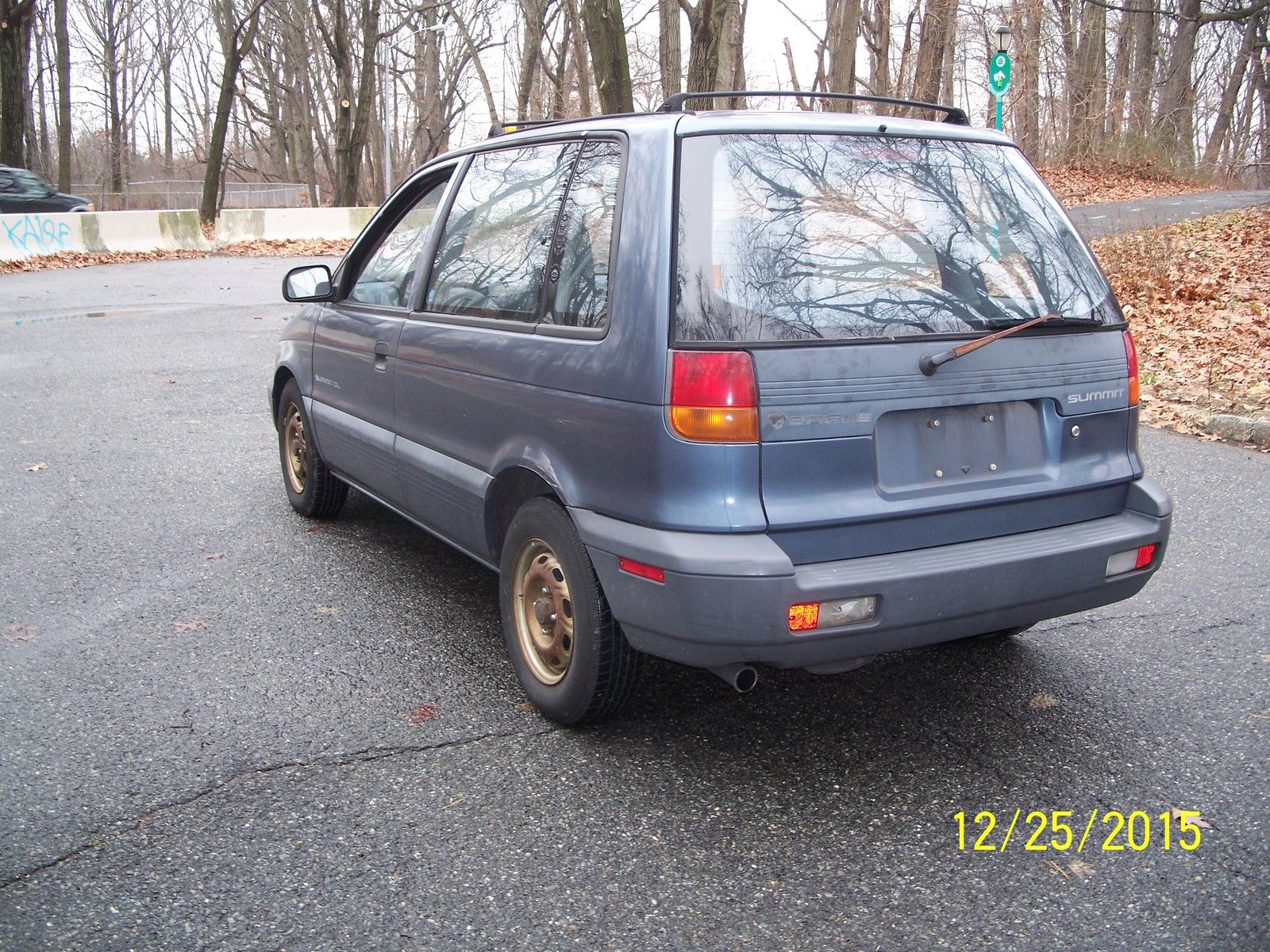 See another oddball car from the 90s that could be used as a 2nd (or 3rd?) spare car for your family? tips@dailyturismo.com