With only 2 days left before Halloween, we at the Daily Turismo are willing to remove the standard DT price cap for Horrorod submissions and go hog wild.  Without further ado, we would like to present the following Horrorod; a 1929 Cadillac Funeral Coach for sale in Buenos Aires, Argentina for $28,000 buy-it-now on ebay. (Big thanks to reader Andy L) 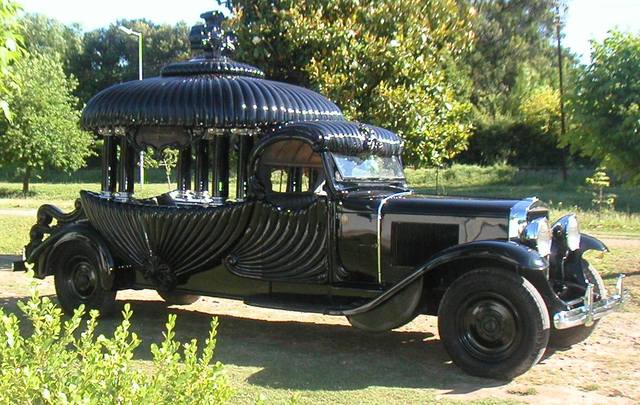 This Funeral Coach was built on a 1929 Cadillac chassis – probably a custom stretched 341 sedan or a limousine chassis – but it is hard to tell with all of the…well..decorations.  We hope that all of the fancy scroll work isn’t made from metal or plaster and can only pray for the sake of curb weight that it is painted wood.  We doubt wood would (jinx!) have survived the last 80 years, so its probably a safe assumption that it is some kind of cast concrete or pig iron. 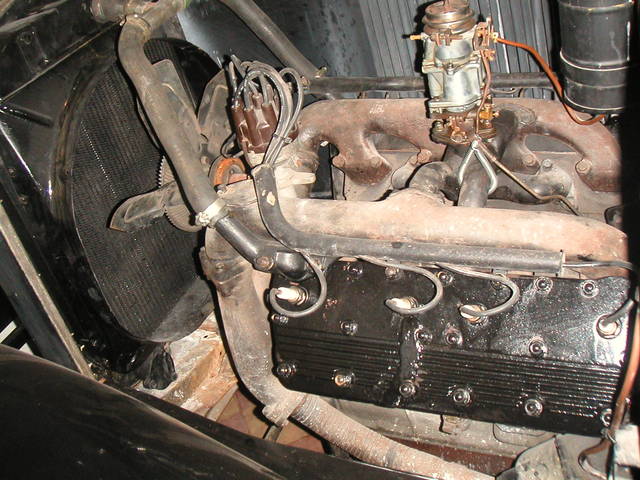 Powering this behemoth is a 1929 Cadillac V-8, most likely a 5.6 liter L-head with cast iron heads and copper/aluminum crankcase with the compression ratio of a 2 week open bottle of mountain dew (5.3:1) and putting out 90 horsepower.  Surprisingly this Cadillac featured a number of innovations in the automotive industry including the syncromesh transmission (older trans needed to be revv matched for each gear change).  Cadillac has long since shed its pre-war reputation for excellence and the list of post 1970 innovations have included ‘geezer alarm turn signals’ and ‘over use of the name Brougham to the point that it has been permanently retired’, oh how far the mighty have fallen. 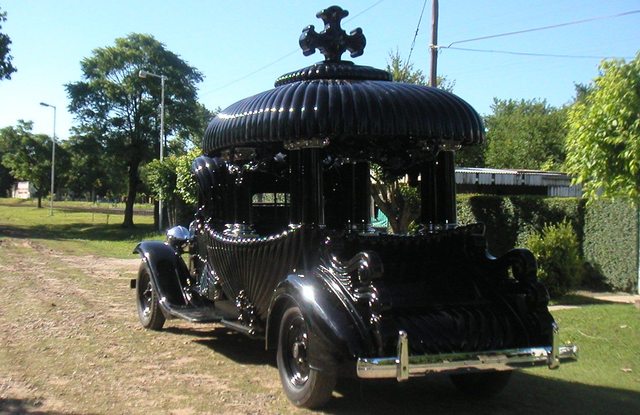 This generation of Cadillac sedeans were the first to be penned by legendary designer Harley Earl when he was chief of design at GM and honestly when we die we couldn’t imagine a more awesome hearse.  On the other hand you could buy about 10 VW casket cars and we think that shipping this 10,000 lb beast from Buenos Aires would be muy caro.

See another Horrorod?  send us a tip for a chance to win a free t-shirt.  tips@dailyturismo.com