I’m no St Nick, but I’ve got a few lists at home.  One is a list of things that I don’t want to do under any circumstances.  Top on that list are things like, #14: Never attempt to circumnavigate the world in a bathtub full of scorpions, #2: Never attempt to infiltrate a Daesh stronghold with two of your best friends dressed like characters from the Blue Man Group, and #1: Never visit your local Department of Motor Vehicles.  The problem isn’t that I don’t appreciate the civil servants who carefully guard our roads from abuse by arbitrarily applying an arcane set of rules…no, the problem is that I don’t like waiting in 4 hour lines before being told to wait in a chair with a number like I’m waiting for the butcher to slice some meat. Because, when my number is called, I don’t get pastrami — instead I get a person who may or may not let me transform a commercial box truck into an RV, or may or may not be cool with my lame excuse for taking more than 10 days to register a car.  And the problem always starts when I sell a car and buy another used car…so why do I keep doing it?  Why do I spend so much time at the DMV?  Probably because neat stuff like this next car keeps popping up for sale.  Find this 1969 Jeep Gladiator here on eBay 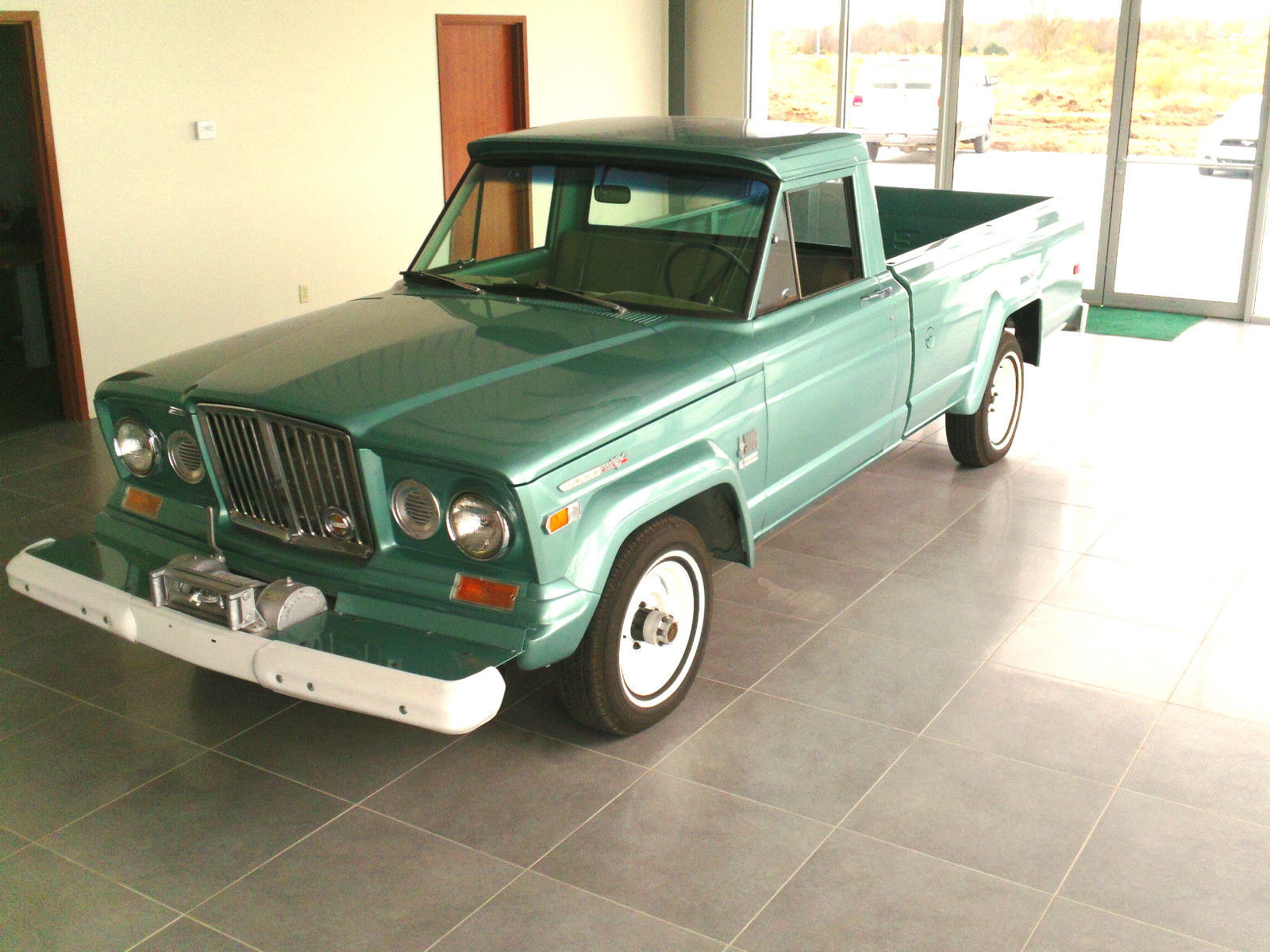 The first thing that really pops out on this Gladiator is that cow catcher bumper!  WOW!  It makes a US bumpered E24 6-series look like an AMX!!  But that overbite wasn’t designed to pass an idiotic 5mph crash test (that was supposed to protect the poor dumb consumer from paying too much for repairs from minor accidents, but is effectively rendered moot by today’s painted bumpers), but simply to house the giant power-take-off winch mounted up front. 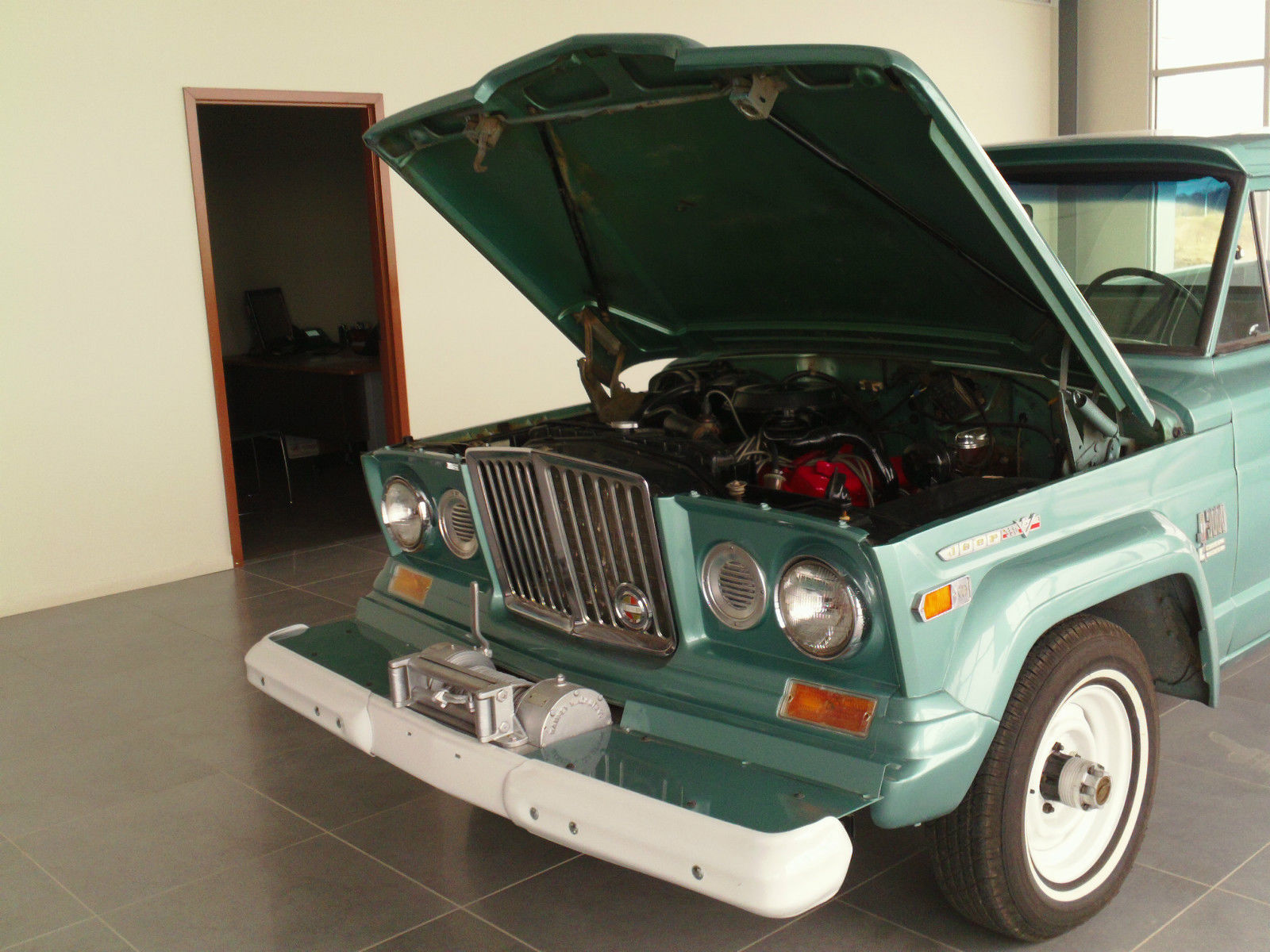 Under the hood is a 350 cubic inch Buick Dauntless V8 — a big cast iron affair that produces 230 horsepower and is connected to a 4 (or 3?) speed manual gearbox. 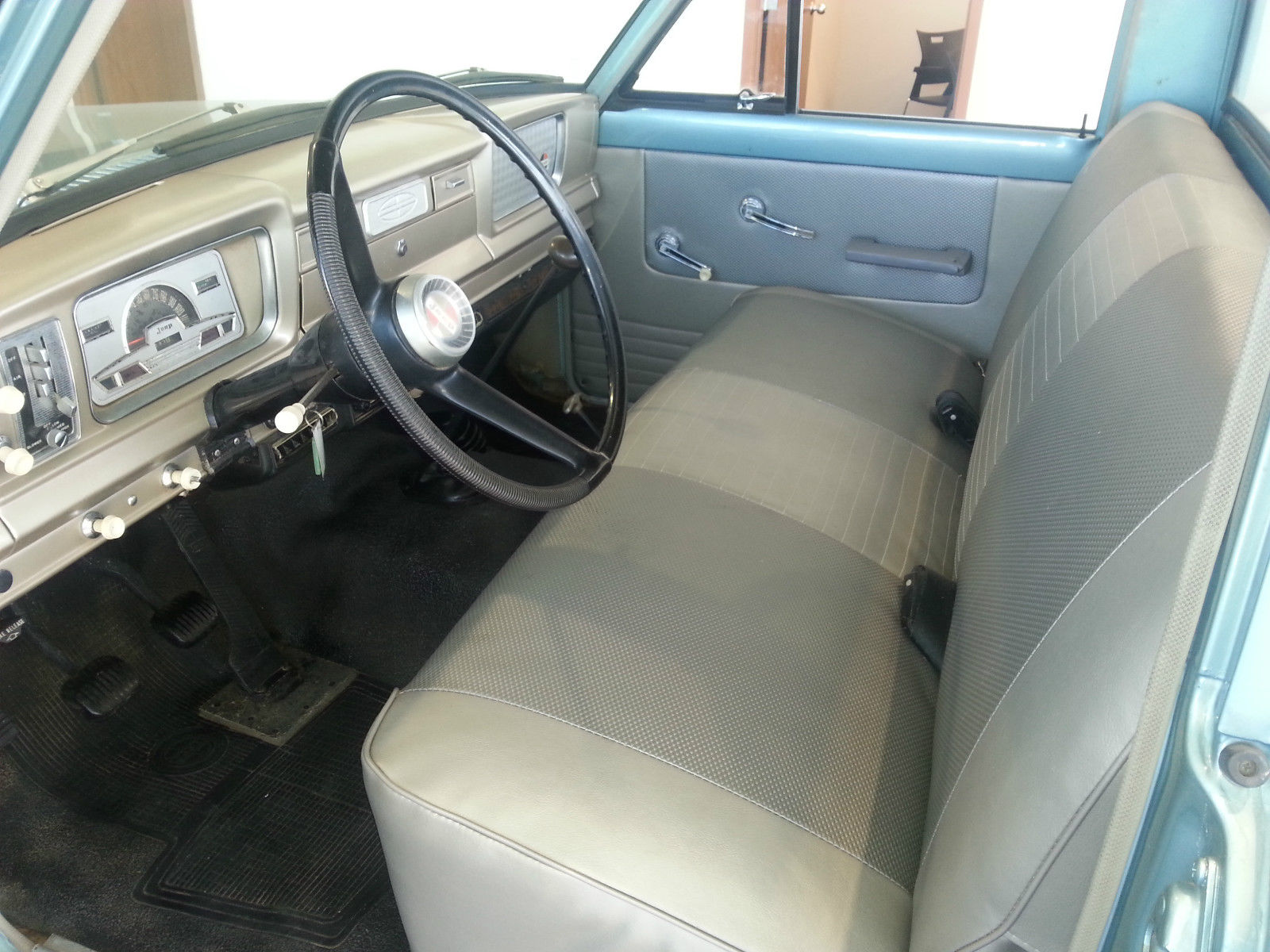 The novice driver might be confused by the additional shifter-style handles sticking up from the floor between driver and passenger, but the first is a 4-wheel-drive transfer case lever, and the other is controls for the power-take-off winch.  Instead of being electrically driven, the winch uses hydraulic power to pull stumps via an engine driven hydraulic pump. 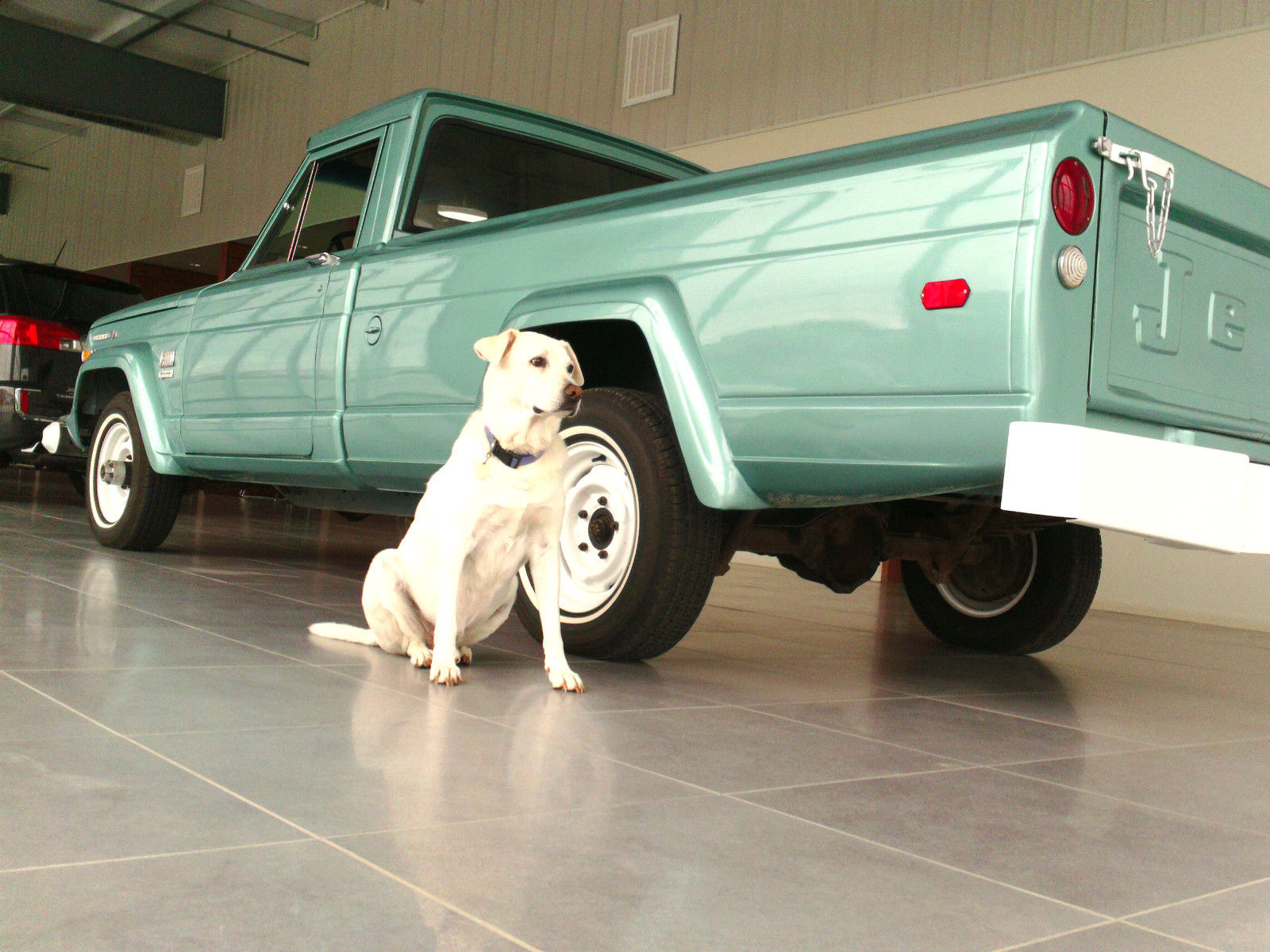 See another conveyance that Buddy the dog likes more? tips@dailyturismo.com