The B5 generation Passat was launched in the 1997 model year with a product that looked/drove/smelled a lot more like an Audi than the previous generation Passat.  In 2001 Volkswagen introduced the B5.5, a cosmetically refreshed version of the platform that added more chrome trim (inside and out) some fancy taillights and a unique W8 engine option that could have been…if you were lucky…mated to a 6-speed manual.  Find this 2004 Volkswagen Passat W8 4Motion offered for $7325 in Denver, CO via craigslist.  Tip from Joel. 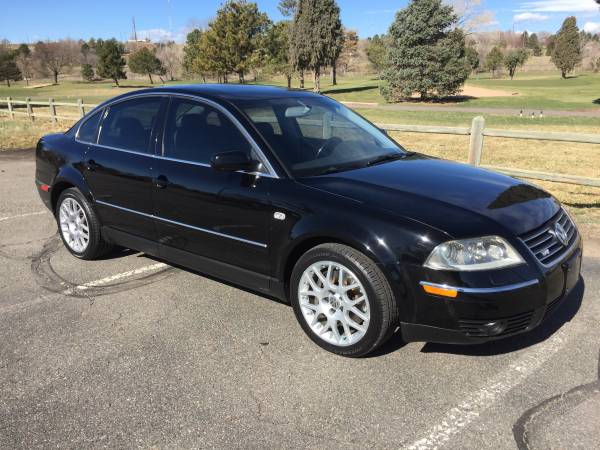 The W8 powered Passat  wasn’t the fastest 6-speed equipped executive sedan built in Germany, but it was the cheapest when new.  The Passat probably didn’t steal much market share from BMW’s 540, or Mercedes E-Class, but it certainly cross shopped with well equipped Accords and perhaps an Acura, Lexus, or Audi. 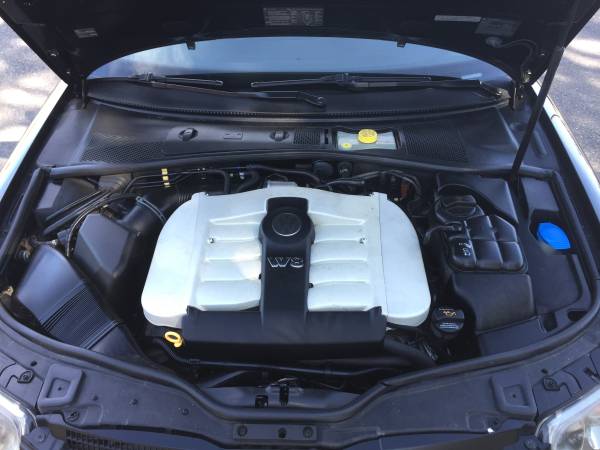 The B5 (&5.5) chassis is one of the few modern cars to use a longitudinal
engine/trans in a front wheel drive automobile, with the compact W8
engine sitting forward of the front axle.  It displaces 4.0 liters
and puts out 275 horsepower and 273 ft-lbs of torque — which doesn’t
sound too bad, until you realize that the W8 wagon tips the scales at
4000 lbs, compared to a FWD 1.8T sedan at 3000.  The extra 75 horsepower
over a chipped 1.8T isn’t enough to overcome the additional mass and
only the traction benefit of 4WD at low speeds helps maintain any
semblance of performance advantage– but the W8 gives nice thrust at highway speeds and would probably sound properly burbly when uncorked. 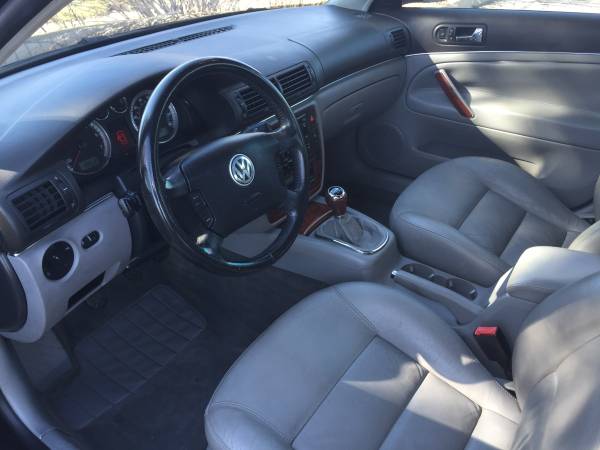 All W8 equipped Passats came with Haldex based 4Motion all-wheel-drive, but this one uses the rarely seen 6-speed manual.  Enjoy the manuals while you still can, because the Uber / Google / Facebook bubble cars are coming to a parking lot near you…soon. 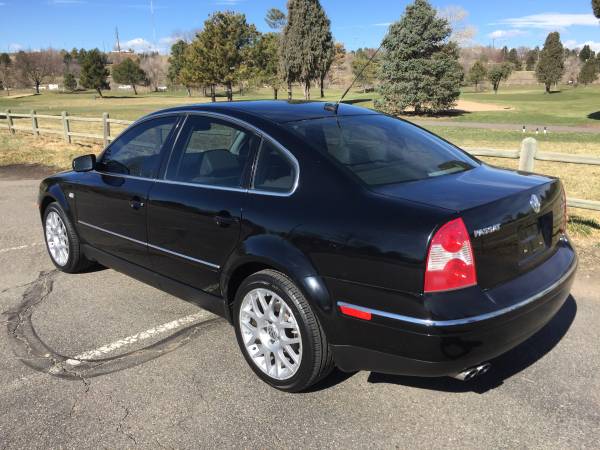