In 1985, Cadillac switched the DeVille from the classic rear-drive C-platform to the new front-drive C-platform.  This change was probably not noticed by many new Cadillac buyers in 1986 as the octogenarian buyer was too busy watching their retirement earnings soar or fighting the inevitable & icy embrace of death.  Find this 1986 Cadillac Deville Sedan offered for $2,000 in Albuquerque, NM via Craigslist. Tip from Johnny Bouncewell. 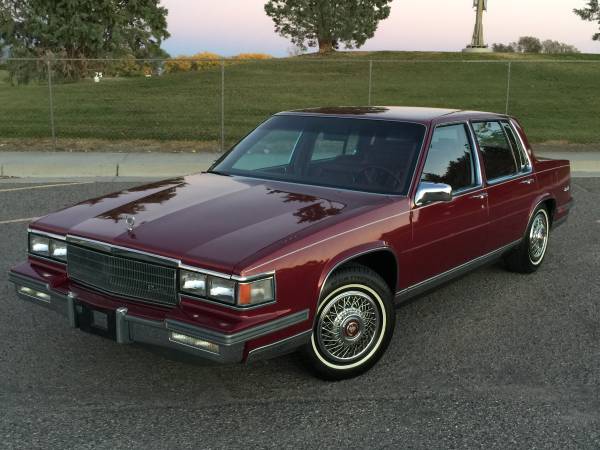 This is about the nicests ’86 DeVille I’ve seen on the road since…well…about 1986.  The best part is that with current asking price this is a good deal for a running/driving car in nice condition — even a 1986 DeVille.  It wouldn’t surprise me at all if we see this car in the near future on eBay or some other auction site with a considerable markup.  Honestly, for all the complaints of moving the platform to front-wheel-drive, the new C-body is probably a nicer car to drive than the older behemoth. 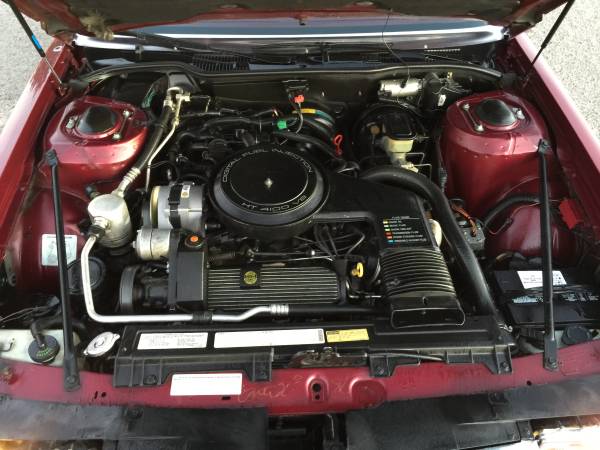 Under the hood is a transverse mounted HT-4100 V8, a 90 degree aluminum block cast iron head oddity that pushed out a staggering 135 horsepower and 200 ft-lbs of torque. The HT-4100 is mated to a 4-speed auto gearbox and puts power to one or the other front wheel. 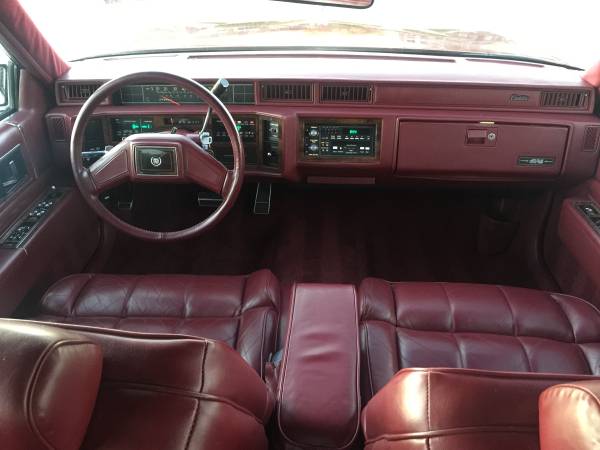 On the inside you’ll find some comfy barcaloungers and a dark Cabernet colored interior with only the best green backlit LCD GM parts bin gauges. 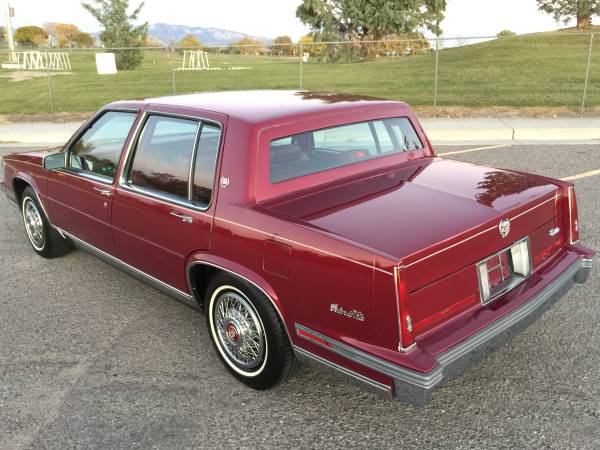