The W123 Mercedes-Benz is known for three things; they are extraordinarily slow, last longer than an unopened can of Spam, and were sold in the most awesome colors of the un-rainbow.  Find this 1979 Mercedes 240D 4speed offered for $5,800 in Houston, TX via craigslist. 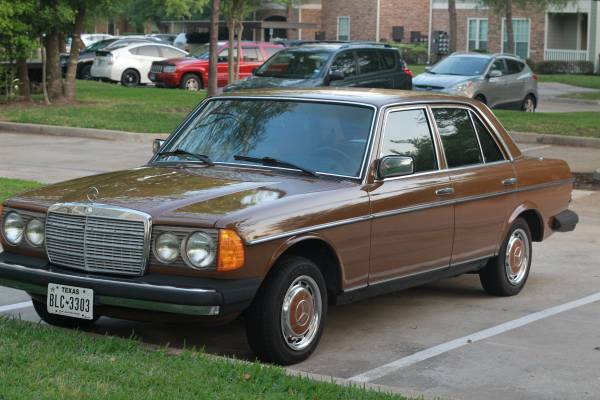 The Mercedes-Benz W123 chassis won’t win any competitions involving
speed or handling, but if you ever need a car to play tortoise to all
the other hares, this is it.  Expect the engine to outlast just about
everything else on the road and the chassis will take an amazing amount
of abuse and just keep on ticking.  They are also one of a few cars that actually look good in brown.  No, I’m serious. 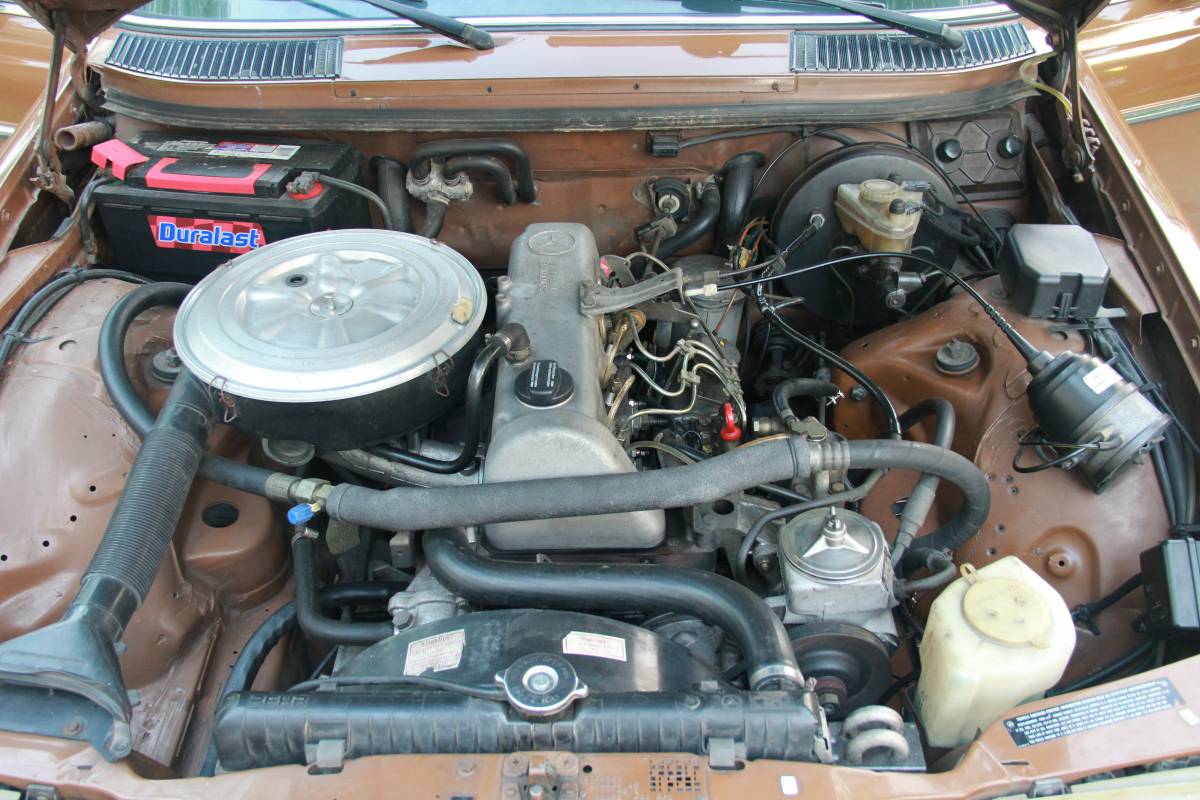 Under the hood is an OM616 2.4 liter 4-cylinder non-turbo Diesel engine that puts out a paltry 71 horsepower — and don’t think this is a torque monster either because a non-turbo oil burner isn’t a recipe for anything other than a clattery idle and great fuel economy. 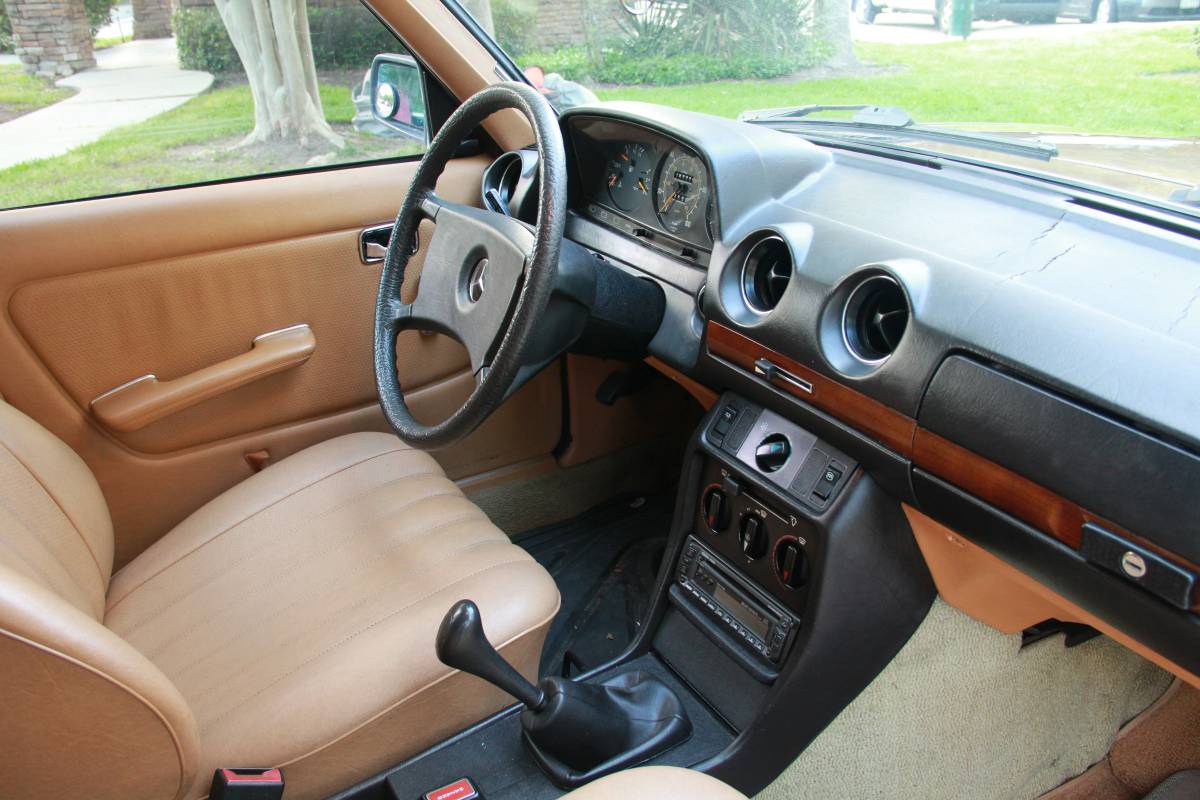 This example of the Berlin Taxi looks in good shape, the MB-Tex vinyl seats look like they just came off the assembly line, the steering wheel doesn’t look like its been attacked by Rottweilers and the dash is decent, but it does have a few cracks. 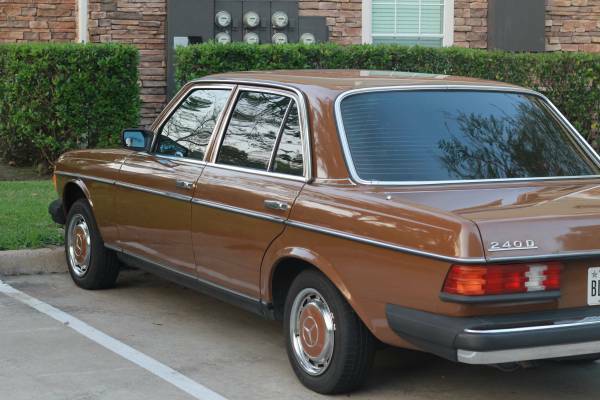 See another classic from the brown side of town? tips@dailyturismo.com