(Note from Editor Vince: The story was originally written for a nice $1k Jetta Diesel in SoCal, but the car was gone before the post went live, so the words have been rearranged to fit this uglier example)  by Al — The 1980’s were a rad decade; It was the era of Reganomics, Gordon Gecko, Big hair bands, hanging out in the mall checking out chicks and eating Hot Dog on a Stick. It was a simpler time before the internet. Instead of checking Craigslist every hour or so, you had to line up at 7-11 on Thursday morning to be one of the first to scope out the great deals in the Recycler. You can re-live those great times by buying this car. Asking only $1100 is this totally awesome 1985 Volkswagen Jetta in Bellingham, WA via craigslist. 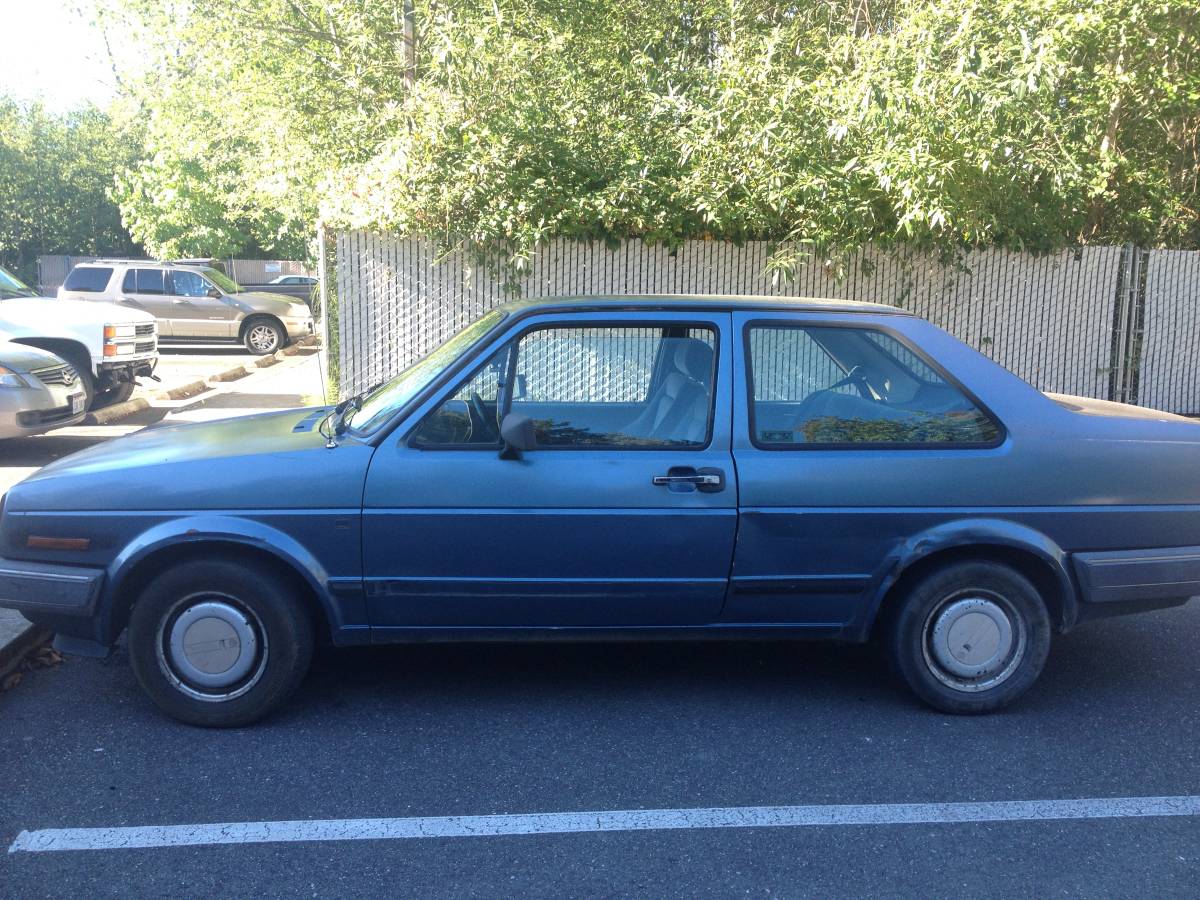 The “A2′ body style Jetta debuted in 1984. It looks a little like a puffed up, melted, slight bigger version of the more angular version that preceded it. This particular example shows scruffy blue-green paint on all panels. I wasn’t a big fan of the tall trunk big butt style of this car when it was new, and I am still indifferent to it 30 years later. I don’t hate it, though. It still has the original wheels, which look pretty period-correct great to me. 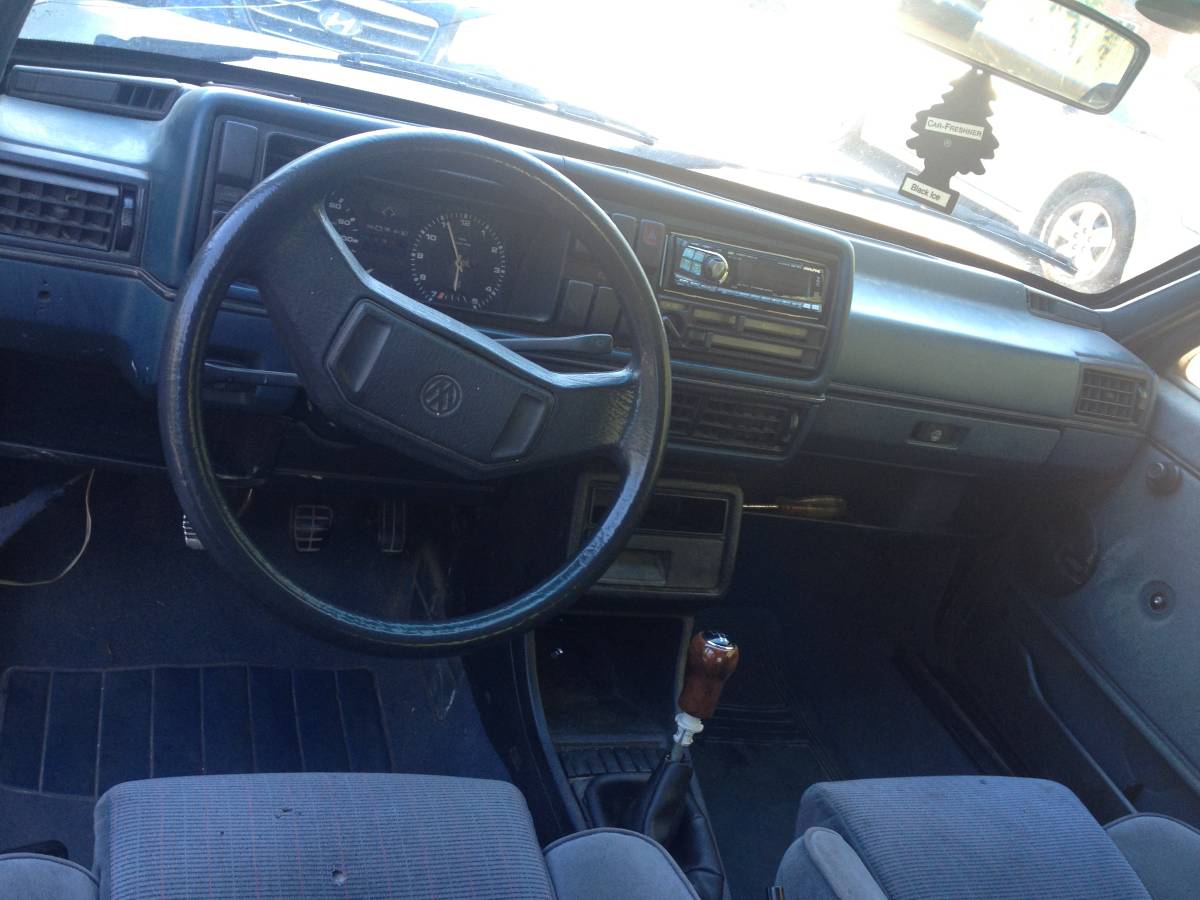 The stains on the front seats are probably indicative of plenty of great times that were had in the car in the 80s, 90s, 00s, and now the 10s. Overall the interior looks decent for a 30 year old car. 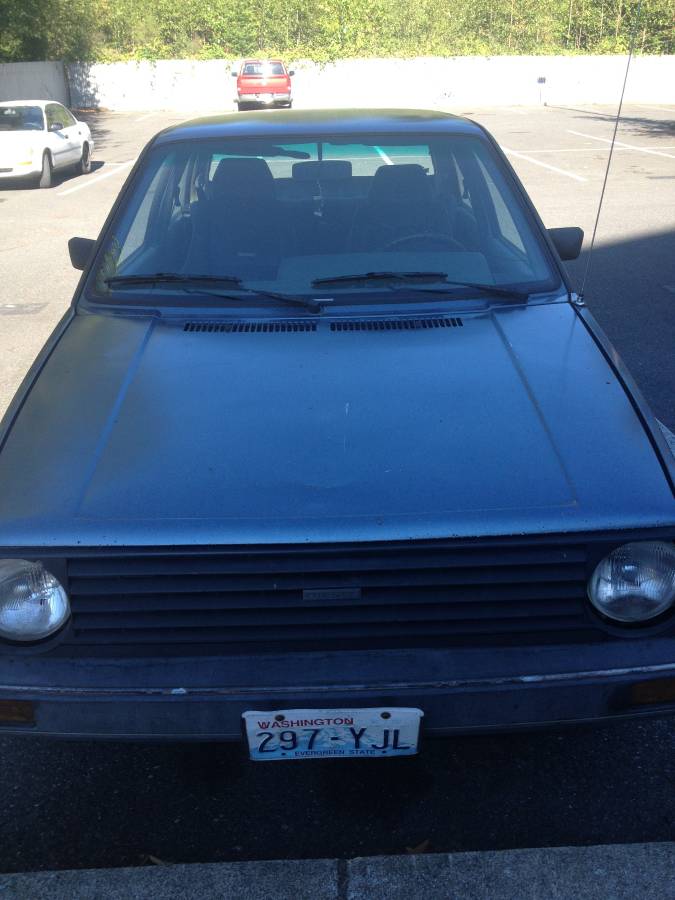 Overall I think the car looks like a good inexpensive intro into the clattery world of diesel ownership. You wouldn’t have the guilt of buying a newer dirty VW diesel. No mention is made of AC, but I think it would be safe to assume there is no AC. Hopefully the heater works. This should be a fuel sipper, and fueleconomy.gov says up to 40 mpg…but I’ve read reports of more. This would be a great 2nd or 3rd car to own to keep the miles off your lease car or whatever. If I bought it, I would refresh the suspension and brakes, lower it a little, look for some mesh BBS rims for it, add a nice stereo too it, and maybe add a 2 chamber flowmaster muffler to better enjoy the clattery diesel…maybe repaint the trim…red tartan door panels…and just enjoy. TUBULAR DUDE.