This next car answers the question that is on the tip of everyone’s mind: What would Pee Wee Herman drive if he was part of the Munster family?  Which is probably the car that Mr Bean would drive if he were…ehhh…Mr. Bean.  Anyway, find this 1968 Breman Mini Mark IV Kit Car offered for $8000 in the Poconos, PA via craigslist. Tip from Rock On! 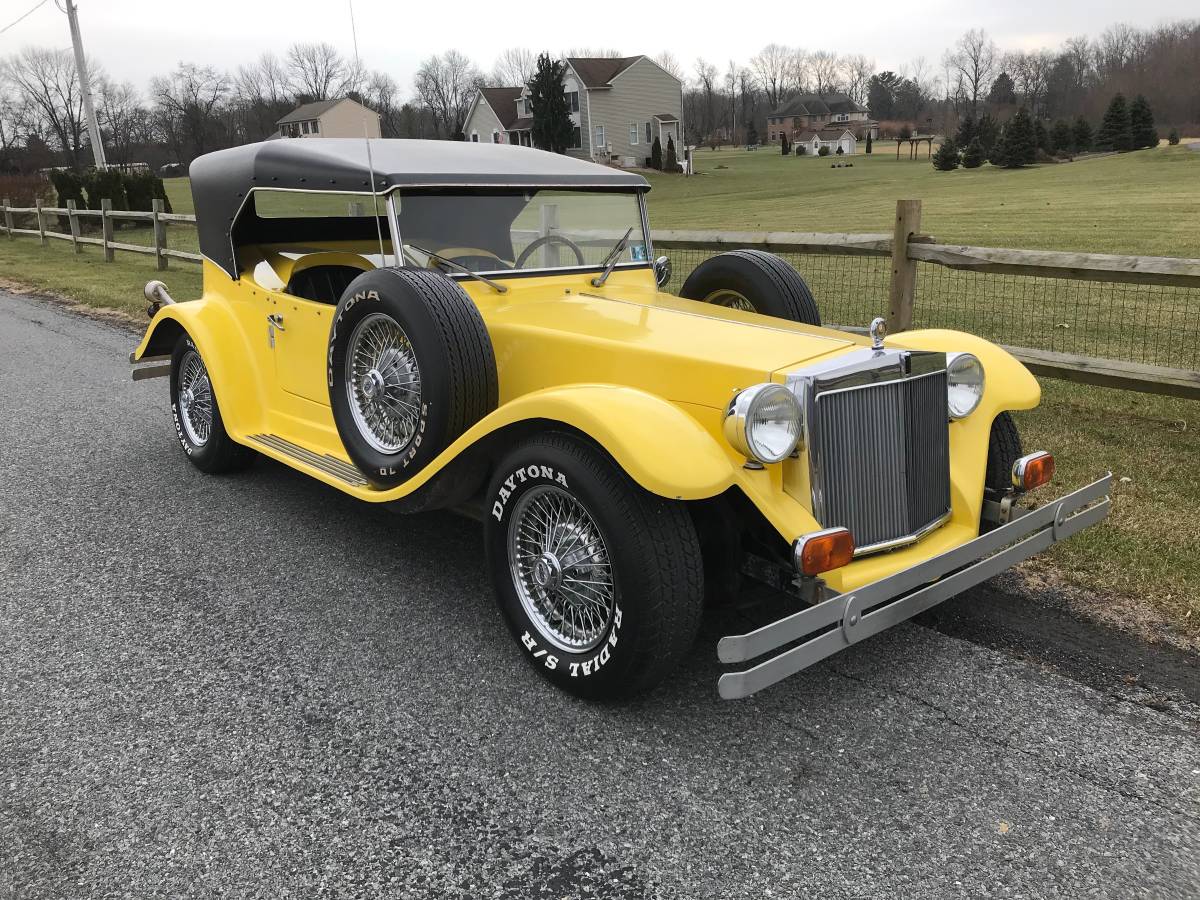 Bremen used and actual front grill from a Lincoln Continental Mark IV which they sourced from Ford as these cars were being manufactured. Titled in Pennsylvania as a 1968 Special Construction Vehicle, this particular car was built in 1976. This was a low production vehicle and it’s believed that no more than 300 were ever built, rather then being offered as a “kit”. A lot more information about the history of the Breman Sport Equipment company along with some period photos of the factory can be found at www.minimark.blogspot.com.

This car featured for sale has been well cared for and always garage kept. The current owner purchased the Mini Mark IV from the original owner and has owned it for about 10 years. The 1500 c.c. engine has had the cylinder heads rebuilt, a new muffler installed and a rebuilt Solex 1 barrel carburetor fitted. The engine starts right up and runs very well. A new wiring harness and VDO gauges have also been installed.

The “Hurst-style” trigger shifter (EMPI) brand and new clutch have been installed in the past 3000 miles.

the tires are radials with the 2 spares being the original raised white letter bias-plys. The front and rear suspension appear to have been lowered by Breman during construction for a lower center of gravity. It also new Shock absorbers. This car handles very well! The brakes brakes have been gone through and are in excellent working condition. All are manual drum type. The original fiberglass hardtop is in very good condition, however the vinyl side curtains are in poor shape and have shrunken a bit and have become hazed.They could be used as patterns for new ones to made if desired. The current owner always used the Mini Mark IV as a convertible however the top is currently installed on the car. The car is in very good operational condition and is safety Inspected in PA. It’s only driven is nice weather and has been featured in a number of local parades and car shows. It receives a lot of compliments wherever it goes and it’s fun to see other drivers reactions to it on the road.

Here is a list of newer upgrades and /or maintenance features:

The fiberglass is in very good condition for it’s age and the yellow gelcoat holds a nice bright shine. Some slight damage is seen on the passenger side spare tire wheel well where it looks like the original tire (which was a larger diameter than the ones now installed) rubbed through the fiberglass creating a half-dollar sized hole. There is also some fretting or spalling of the gelcoat in the engine compartment due to the heal of the engine. This can only be seen when the engine lid is open. It in no way affect the outside appearance of the car. Some louvers and vent holes have been added to aid in the release of heat from the engine compartment. This has worked very nicely to help the engine at normal operational temperatures. The stock engine lid did not allow for proper air flow. This has been remedied and looks aesthetically pleasing.

The original 1968 VW Beetle frame (pan) had some very small areas of rust that were tended to and the pan halves and freme-head are in very good condition. The front suspension beam and ball joints are also in good shape as is the rear suspension.

The interior is in very presentable condition. The seats are quite comfortable and supporting. With the new carpeting and the original vinyl door coverings all in black it creates an excellent contrast to the bright yeow dash and interior. The interior drivers door latch works very well, though the exterior does not work as well. The passengers side door handles work as new. The windshield is clean and clear with no hazing.

Driving the Mini Mark IV is unique because you are actually positioned in the rear seating area of the VW Bug chassis so the front of the car is long and low. This combined with the lowered suspension allows for the car to handle very well and makes for a fun driver. 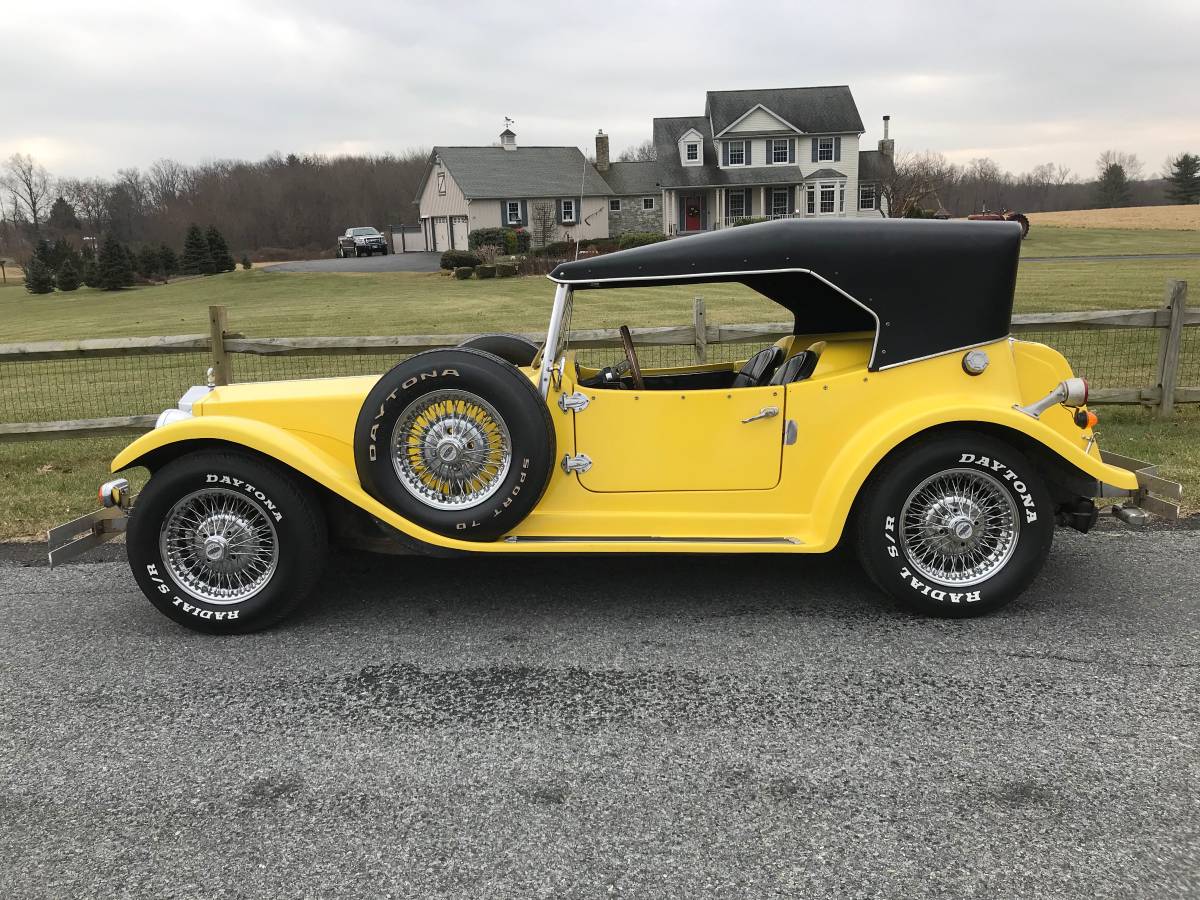 See a cooler way to drive a bug? tips@dailyturismo.com