The BMW E3 was the big daddy to the modern 7 Series and packs a lot of panache into an affordable vintage sedan package.  It was designated internally by BMW as the “New Six” and badged for the US market as the 2500, 2800 and Bavaria for
the US Market.   Prices
for nice examples are still reasonable for a classic European sedan and projects are very affordable.  Find this 1972 BMW Bavaria E3 offered for $4500 in SF Bay Area, CA via craigslist. Tip from Kaibeezy. 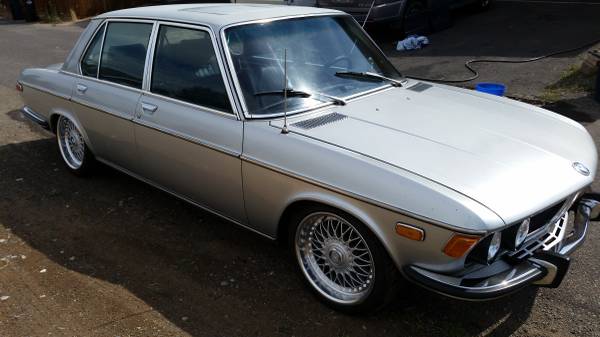 The E3 was available with several versions of the
torquey M30 big-six and today makes for a great classic driver. Today’s example has some oversized wheels and sits grounded to the ground, but it could be far worse. 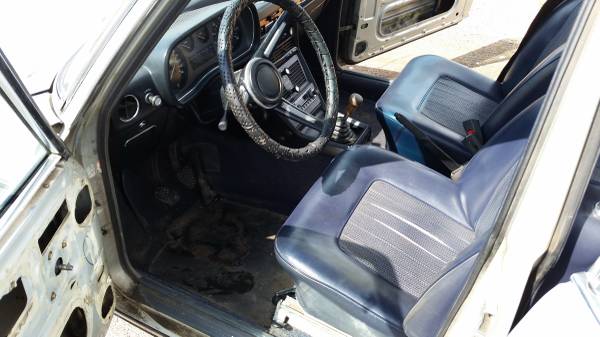 This Bavaria is powered by a 3.0 liter carburetor equipped inline-6
putting out 178 (SAE gross) horsepower into a 4-speed manual
transmission. Of course there are some issues with this car, the first being that it is slammed on cut springs, the second the paint, third the braking issues…just be prepared for some work before you can drive this every day. 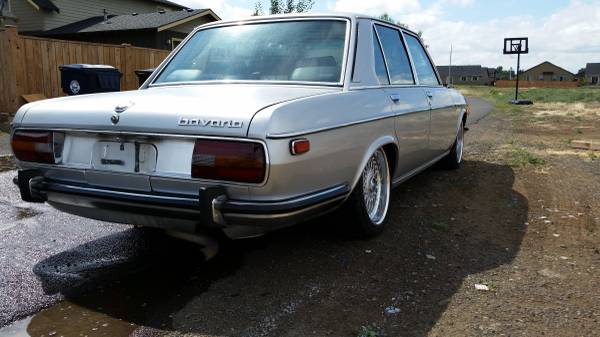 See a better deal on a running and non-rusted Bavaria? tips@dailyturismo.com