Once upon a time, before GM decided that it could spare a few thousand engineers to develop its own compact pickup truck, but after they realized they needed one, the top brass just did what any self-respecting large auto company would do in the same predicament, and bought one from Isuzu. The Isuzu Faster (…than what exactly?) was a pretty ordinary small Japanese pickup, which GM rebadged as the Chevy LUV as their bid in the captive import mini-hauler craze, competing with the Ford Courier (really a Mazda) and the Dodge D50 / Plymouth Arrow (Mitsubishi in disguise). After GM discontinued the LUV in the US and started selling their own S10 however, Isuzu marketed the truck under the parent badge, with the name P’up…short for…wait for it…Pickup. Find this 1983 Isuzu P’up Diesel 4WD for sale in Ventura, CA for $7,500 via craigslist. 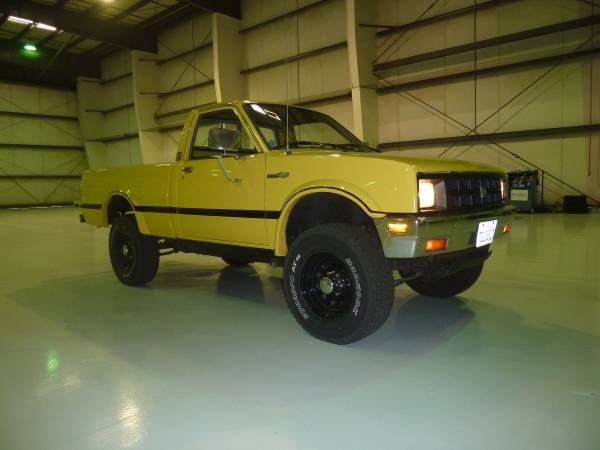 If this were an equivalently spec’d early ’80s (or 1985) Toyota Hilux in the same condition, I’d expect the asking price to be over $10k. The off-brand nature of an Isuzu anything leads to a nice savings for the buyer, as the nicest example (this one) is going to be some fraction of the price of a ‘yota, and will get you many of the same benefits: small size, durability, rugged good looks, and some practical versatility. 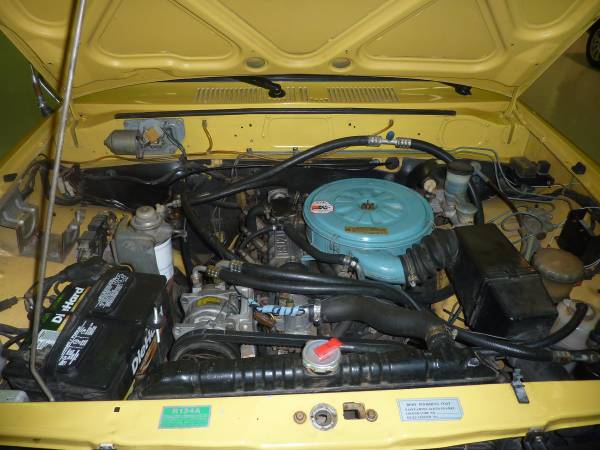 The little C223 2.2L naturally aspirated diesel engine looks tidy, but that might be because it hardly ever breaks a sweat while pumping out 58 hp. In 2WD form this made for over 30mpg in a pickup truck, but with the bigger tires and higher ride height of this 4-by, I’d say high 20’s would be reasonable. My own former 1986 Hilux 4×4 with a carb’d 22R could do 25 mpg highway, if I tried really hard. But it didn’t make that cool clack-rack-rack sound, and didn’t have a baby blue air cleaner, so yeah. 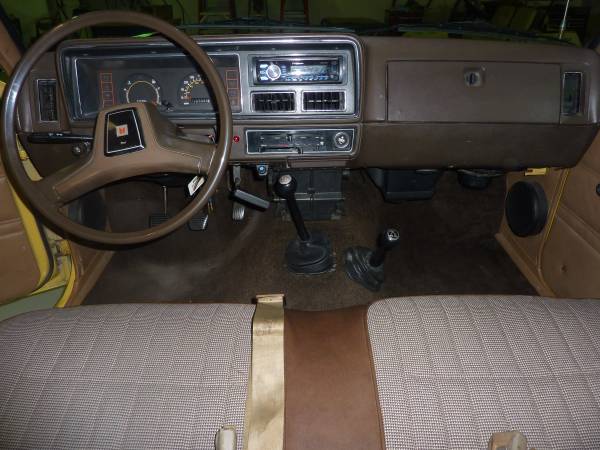 This P’up ad raises more questions than it answers – who restores a 1983 Isuzu, and why? Under what circumstances does it get to share an airplane hangar with private jets and scissor lifts? Has any human ever actually sat in that seat, or grabbed that steering wheel? Regardless, this has to be the best example of the breed I’ve ever seen. The owner appears to be fastidious and I’d wager that it runs and drives like a proper little farm implement, albeit a slow one. 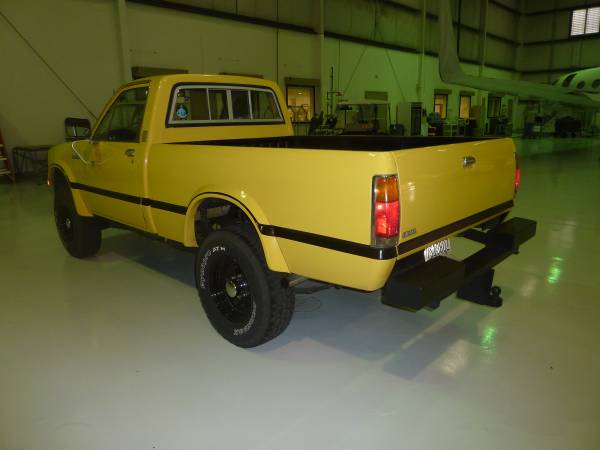 See a better way to invest in some Tokyo Steel? email us here: tips@dailyturismo.com