About two months ago, I was chatting with a friend who works in the same industry as myself at a regional trade show.  His house was under contract for sale and in addition to moving the contents of the house, he only had two weeks to get rid of his Porsche 968 before the closing date.  He had owned the 968 since 1996, but it had sat under a car cover for an undetermined amount of years by the side of the house.  After a couple phone calls to some enabler friends of mine, one offered me up the use his 2wd Chevy truck and car trailer and another (who is a ASE certified tech) volunteered to make the three hour one way trip with me from CT to Wilmington, DE to pick up the car.  The 968 was the final evolution of the 944 and were sold in very limited numbers.  The auto press loved neutral handling, overall balance, and it’s giant 3.0 four cylinder engine.  The frog eye pop up headlights are decidedly retro cool in 2018.  This particular car is in rough shape and would be much better served by someone intimately familiar with these water cooled Porsche models.  The values on these have recently been on the rise so it is possible someone with some ambition may want a project or a PCA club racer.  Find this 1993 Porsche 968 for sale in Norwalk, CT for $5,000 via eBay. 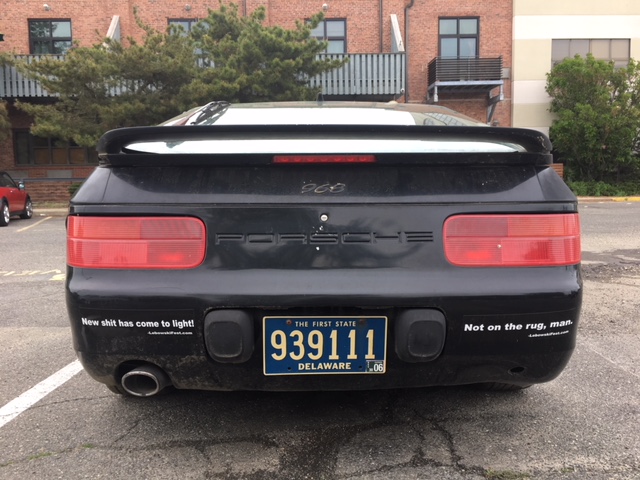 My buddy Jim was a hero for spending the better part of eleven hours with me from start to finish on this Saturday adventure.  The Lebowski stickers helped save my bacon with a NJ state trooper who pulled us over for headlights not working on the way home.  In case you were ever wondering, driving 55-60 MPH on the NJ State Turnpike is roughly the equivalent of competing in NASCAR race with a Vespa scooter.  This was my first time being behind the wheel towing a car and hopefully my last for a long time! 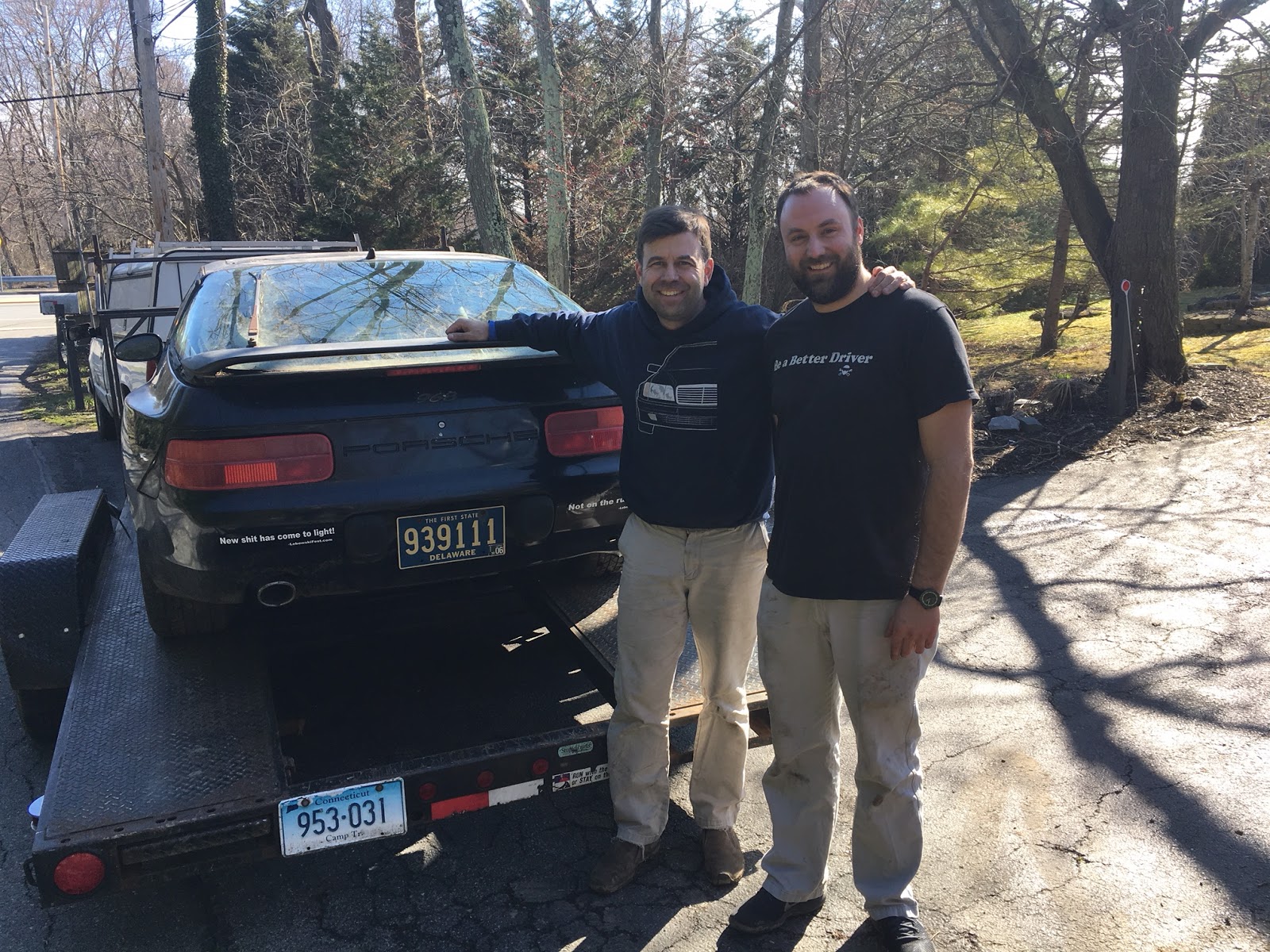 Here are the details of the car from the listing: 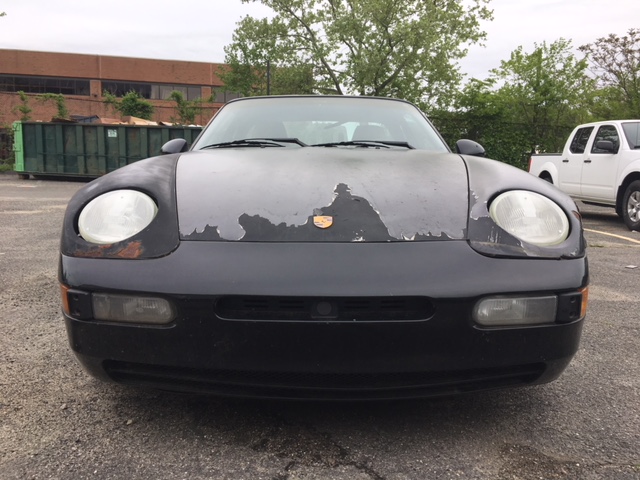 If I didn’t know better, I would swear the car sat out in the Arizona desert by looking at the roasted paint and dash top.  It is really a shame the car is in this sort of shape.  I wish I had more knowledge or deeper pockets to get it running and driving shape. 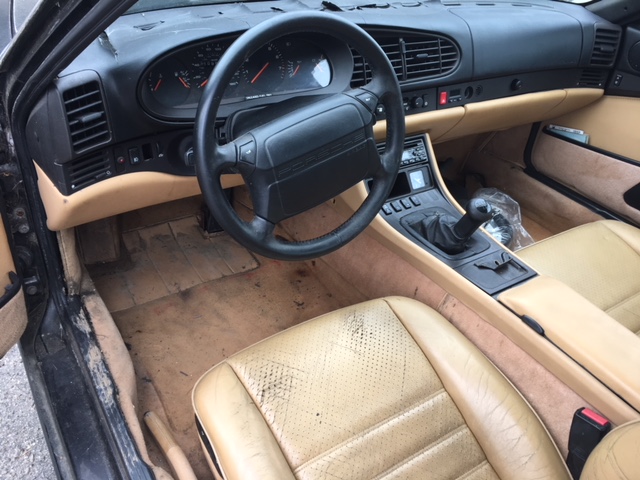 Cory is getting his 1999 Mercedes E300 aligned on Monday after successfully converting over the suspension from the E55.