After WWII was over and Willys-Overland Motors returned to non-war production, they realized there was a big hole in their product lineup between the compact CJ (Civilian Jeep) and heavy duty Jeep Wagon & Jeep Truck.  To fill this gap, Willys introduced the Jeepster, a slab sided roofless thing that was technically the last Phaeton (topless car with zero weather protection — but it appears that most Jeepsters today have tops that are dealer or aftermarket created pieces) to be built by an American automaker.  Find this 1950 Willys Jeepster Convertible here on eBay 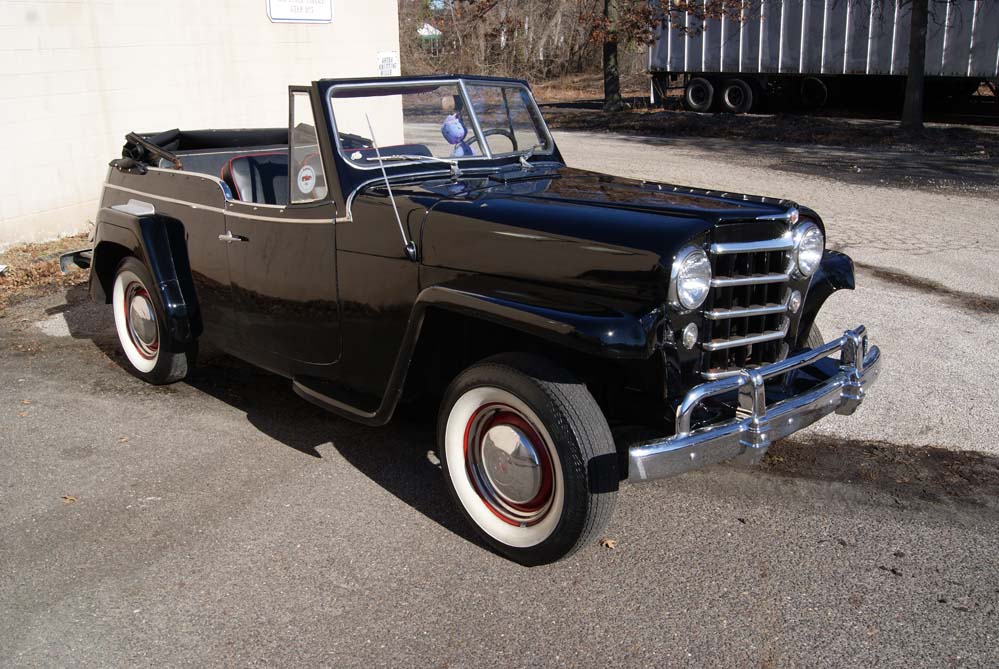 The Jeepster (Jeep-roadster) product run was short, with the first models appearing in 1948 but gone by 1950, and just under 20,000 examples built.  The slab-sided and flat-fender design was a result of the fact that Willys lacked the complex (and expensive) die stamping machines used by other OEs, and instead had to make due with simple sheet metal geometry. 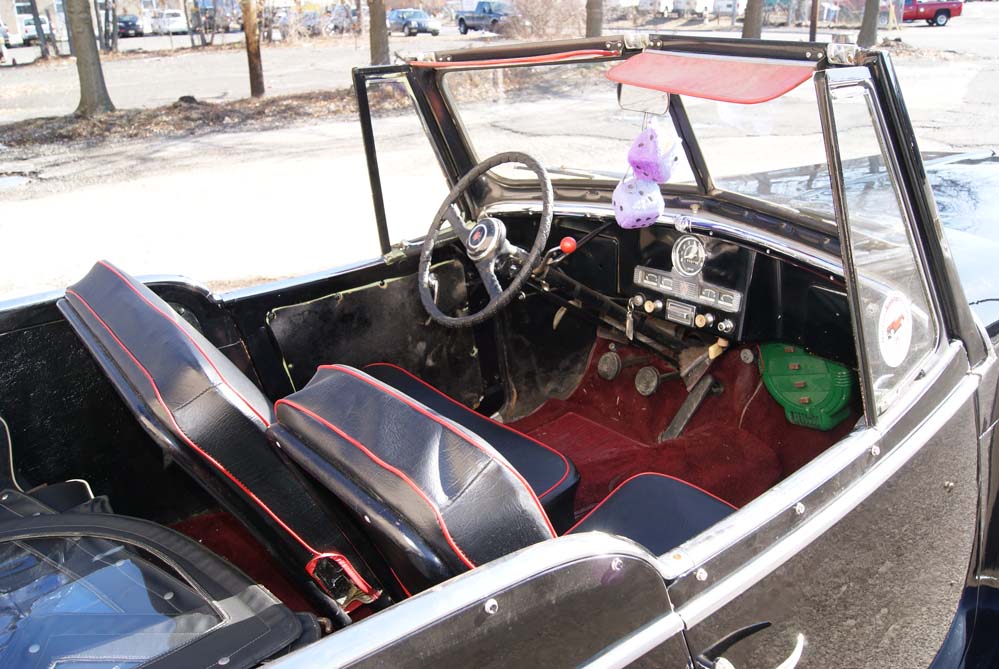 The original product planners envisioned the Jeepster as a sports car for returning troops and it featured inline-4 and inline-6 power up front mated to the rear wheels via a 3-speed manual gearbox. This one has a Willys Hurricane 134 cubic inline-4  F-head engine that was rated at something around 75 horsepower when new. 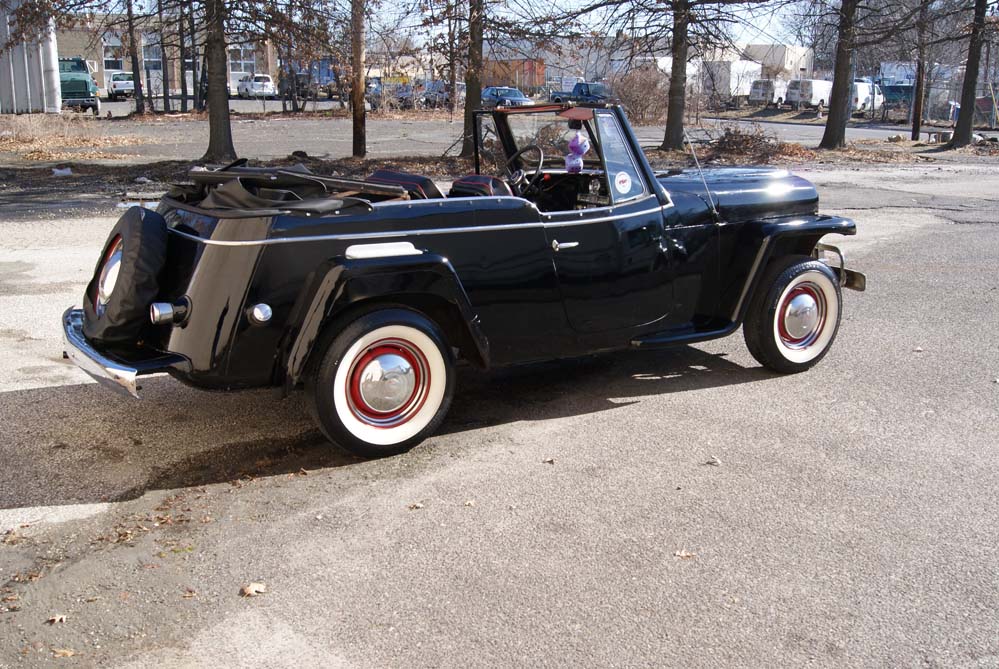 This first generation didn’t last long, but the model was revived in 1966 as the Jeepster Commando – does that mean it gave up wearing underwear in the free love decade?