In 1955 Volkswagen introduced the Type 14 that was built as a 2+2 coupe and convertible using mechanical components were borrowed from the Type 1 Beetle with styling by Luigi Segre of carrozzeria Ghia and coach-built bodywork from Karmann…hence the name Karmann Ghia.  Today the Ghia offers an interesting alternative to a common Type 1 Beetle and prices aren’t that bad. Find this 1969 Volkswagen Karmann Ghia Type 14 offered for $8000 in Zionville, NC. Tip from Rock On! 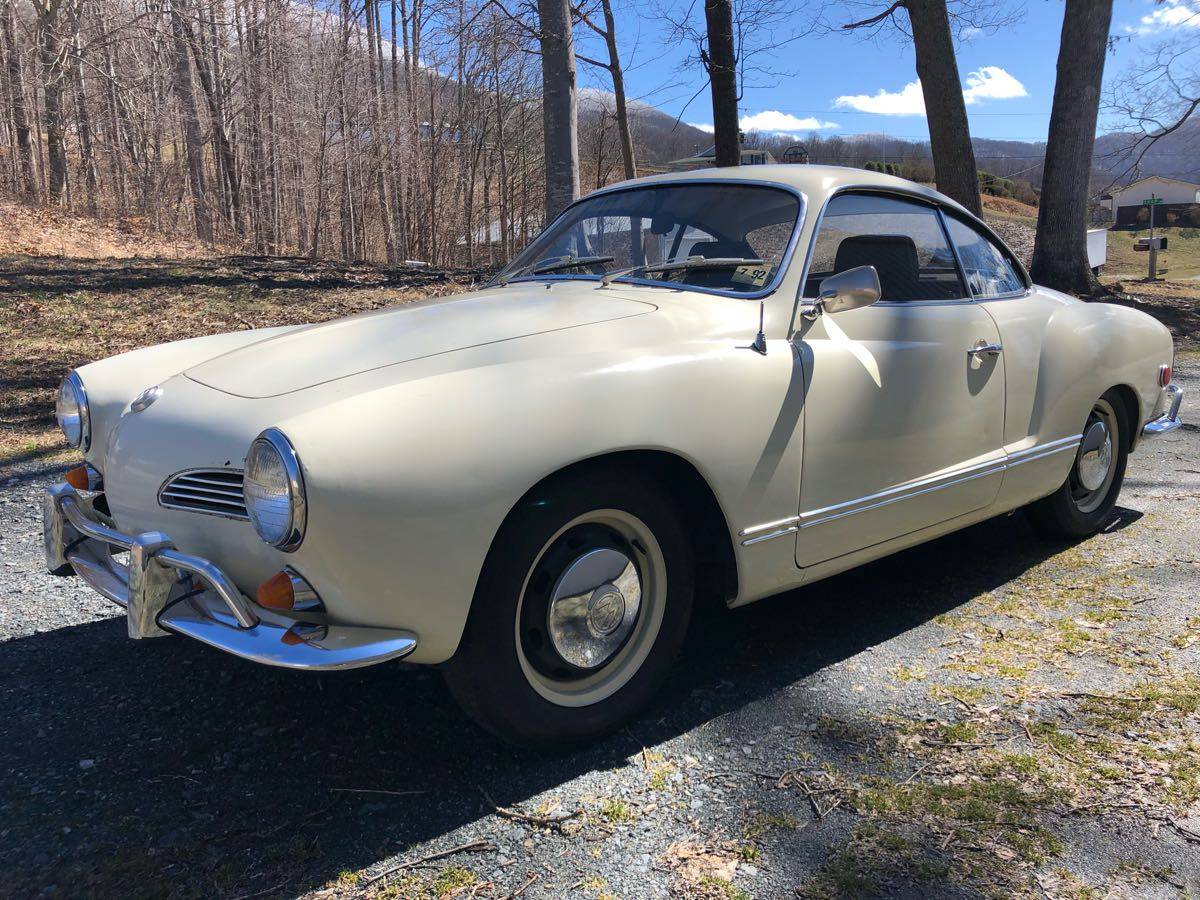 For sale is a 1969 Karmann Ghia coupe driver quality car. Still has it’s original 1500 single port engine with matching number case to the original owner’s manual in the car. 4 speed manual. Odometer shows 70,8xx and according to the maintenance records in owner’s manual it appears to be 170,8xx. Car was purchased from the original owner and has spent the past nearly 30 years in dry storage. The car currently runs and drives well, all mechanical systems were inspected and parts replaced as needed to make drivable again. Engine has had a few seals replaced as preventative maintenance, rear main, oil cooler, gen stand, fuel pump, intake, exhaust, belt, etc. Valves adjusted. Carb cleaned and rebuilt, new German fuel hose front to rear, fuel filter, cleaned out gas tank. Fresh oil, gear lube and brake fluid. Original front disc brake car, rotors were resurfaced and wheel bearings repacked, new rubber brake hoses all around, new master cylinder and new rear wheel cylinders and shoes along with resurfaced drums. New battery and re manufactured generator. All original engine tins were repainted when seals were replaced. Engine runs well, transaxle shifts smooth and brakes work well. Most everything mechanically works as it should, e-brake and heater cables all work well, car has decent working heat. Most electrical components in working order aside from fuel sending unit, reverse lights, clock, interior light and horn. All other lights and components work well, new wiper blades. Decent tires on original wheels, has all 5 believed to be original wheels to the car dated around 6/69, nice original hubcaps, still has the original jack and most of the tool roll. Before going into storage the car was repainted sometime in the 80’s and some of the interior was redone. Originally a toga white car, pretty much repainted the same color but was obviously a budget job, it does have visible bondo in a number of places but does not appear to have been in any major accidents as far as I can see, the nose does not appear to have been bumped. Roof does have dents and chips in the paint from something falling on it. There are a few rust through areas and bubbles throughout the exterior of the car all mainly caused by rodent nests during storage, however some in the lower areas were obviously there before the repaint. 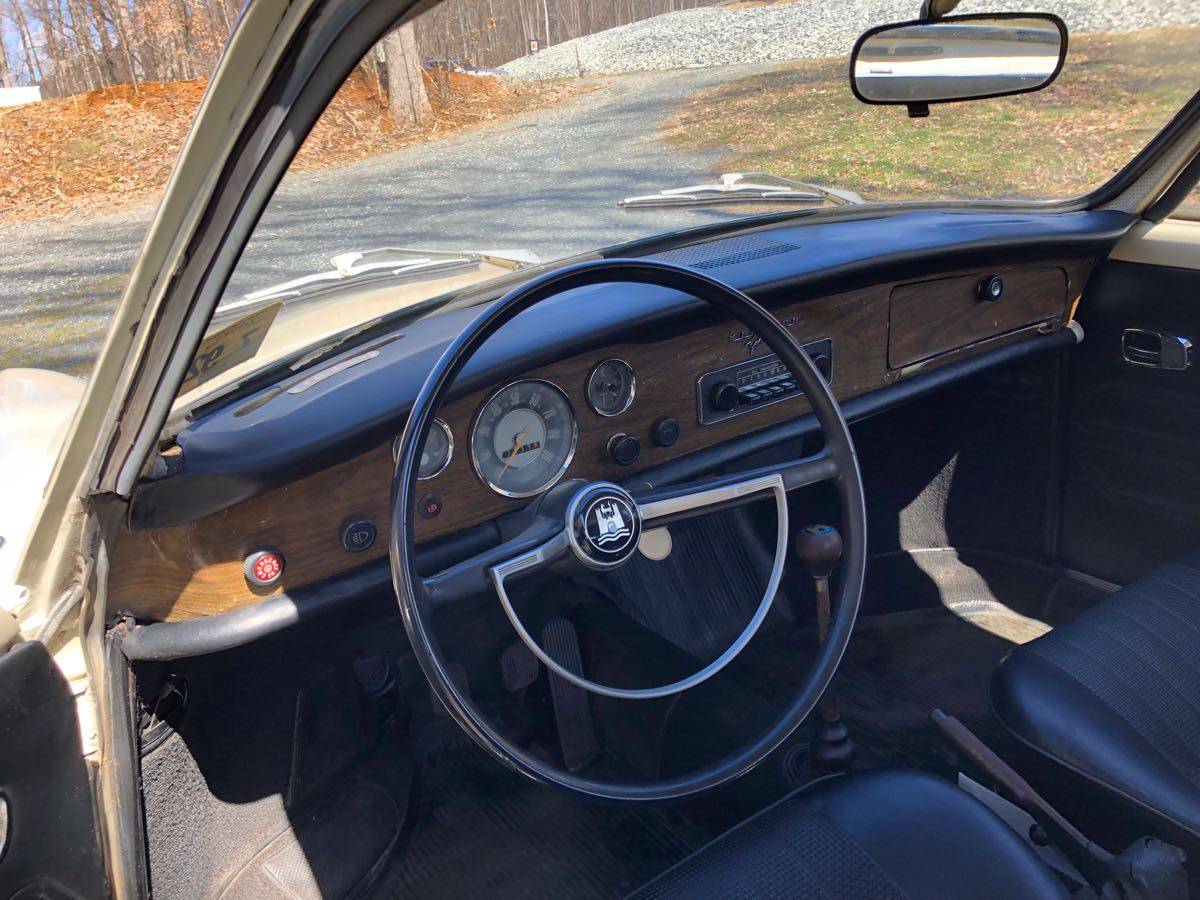 The floor pans appear original and are fairly solid with the exception of a few random spots all again mainly from rodents. The under hood and backside of the dash were where the main rodent nests were so are the areas with the most rust spots. Original bumpers and all trim pieces present. Will send detailed pictures of all areas mentioned. The interior of the car is in pretty nice shape, good headliner, seats were recovered around the same time it was repainted and still look nice, only a couple very small tears in them, pretty good carpet and rubber floor mats throughout, the dash pad has been replaced, wood dash trim appears original but is showing age. All dash lights and switches in working order, fuel gauge does work but needs a sending unit, clock does not work, original radio lights up and turns on but believe needs a new speaker to work. Overall a good running and driving Ghia, great to use as it is or nice candidate to drive while you restore. Clean title in hand. Feel free to ask lots of questions and for detailed pictures of any area of the car. $8000 OBO. NO TRADES. If you see this ad I have it. 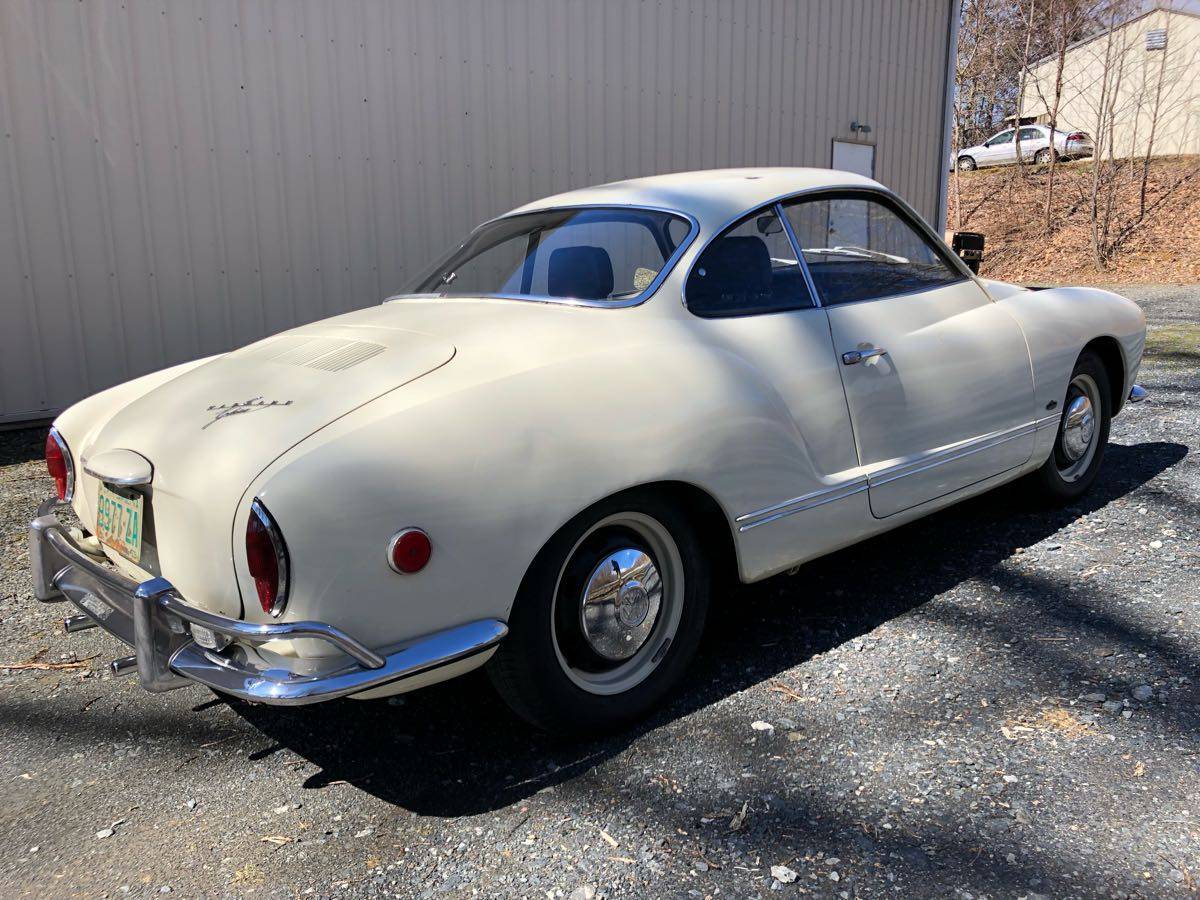 See a better way to drive a VW? tips@dailyturismo.com