Here is another hot tip from the staff at DT:  The sketchier a car looks on a craigslist advert –the better the potential deal.  This next car is missing its keys and title, but it has a long roof, very clean engine bay, and a set of Cali black plates for a bargain price.  Find this 1968 Volvo 122S Wagon offered for $5,000 in Orange County, CA via craigslist. 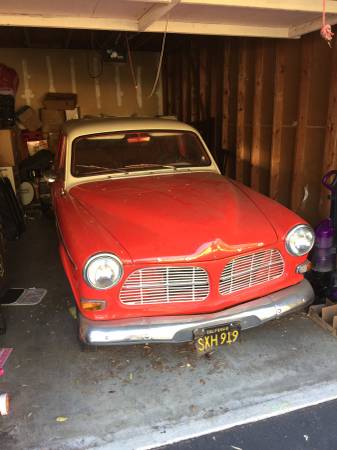 The Volvo Amazon (badged the 121/122S/123GT outside of Sweden) was the more
practical, more upright older sibling of the P1800/1800S/1800ES sports
car, to which it donated its engine, transmission, and suspension
options.  The Amazon isn’t hoarded by wealthy robber barons, instead it can be seen at
your local car show or being used as a daily driver by cool kids around
the country…which is good if you want to drive a cheap classic car. 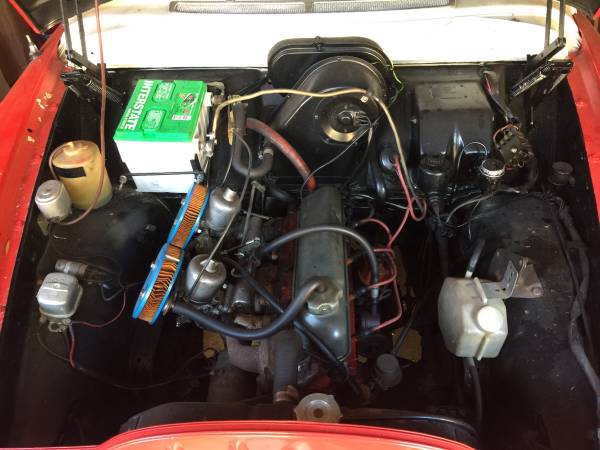 I can’t get over how nice and tidy the engine bay looks for a car that has been sitting for at least a year and is being sold without a title or pictures outside of a small garage.   This is either (1) a scam where the seller wants to wear your skin or (2) a great opportunity for someone who knows the basics of auto repair/maintenance. 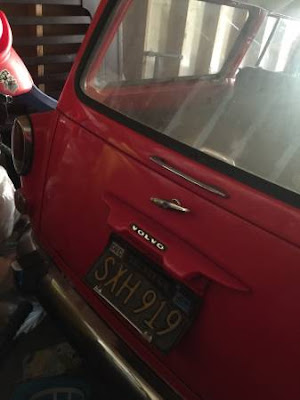 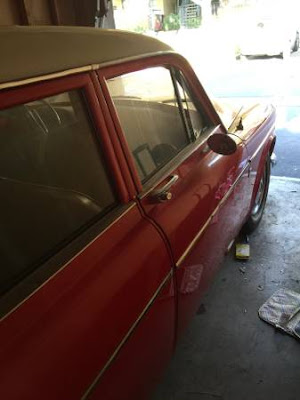