The basic idea behind an engine swap is that you take a slow car and make it faster…or a boring car and make it exciting…or make a faux version of a special edition.  For instance, many folks have dropped Ford 289 V8s into Sunbeam Alpines to make fake Tigers, but this next swap is a real head scratcher. Find this 1967 Sunbeam Alpine with Nissan power offered for $4,500 in Lakewood, CO via craigslist. Tip from Zach Z. 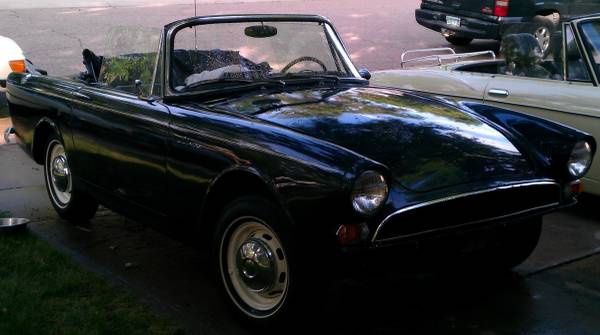 The “60s” Alpine was built in five separate Series that started with a Hillman Husky floorpan and a bunch of mechanical parts donated from other Rootes Group cars. The Series V Alpine was originally sold with a  1.7 liter inline-4 that made 93 horsepower from a set of twin Zenith-Stromberg carburettors.

This Alpine is now powered by a 1.6 liter Nissan/Datsun engine which isn’t identified by the seller but appears to be a J-series, an overhead valve truck engine that should be good for something like 77 horsepower…now why would you put that in your red Sunbeam Alpine and paint it blue? 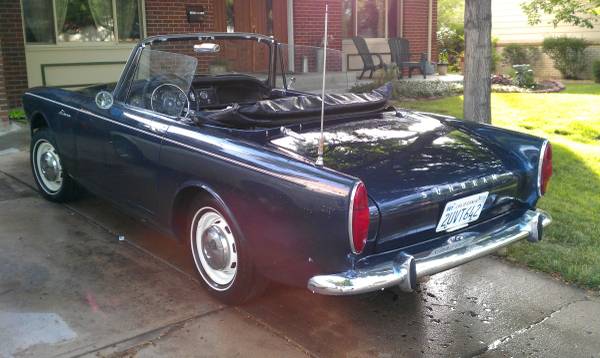 See another classic with tailfins? tips@dailyturismo.com