This post is part of DT’s 2016 Epiphany celebration.
The next wise man is named Gaspar, and also hails from the wilds of
Germania, but is cleverly disguised as an American.  My best theory is that Gaspar is trying to avoid being detected by one of Herod’s folks as he returns to his homeland via another way.  Find this 1988 Merkur Scorpio here on eBay

bidding for $820 with a few hours to go, located in Forest Grove, OR. 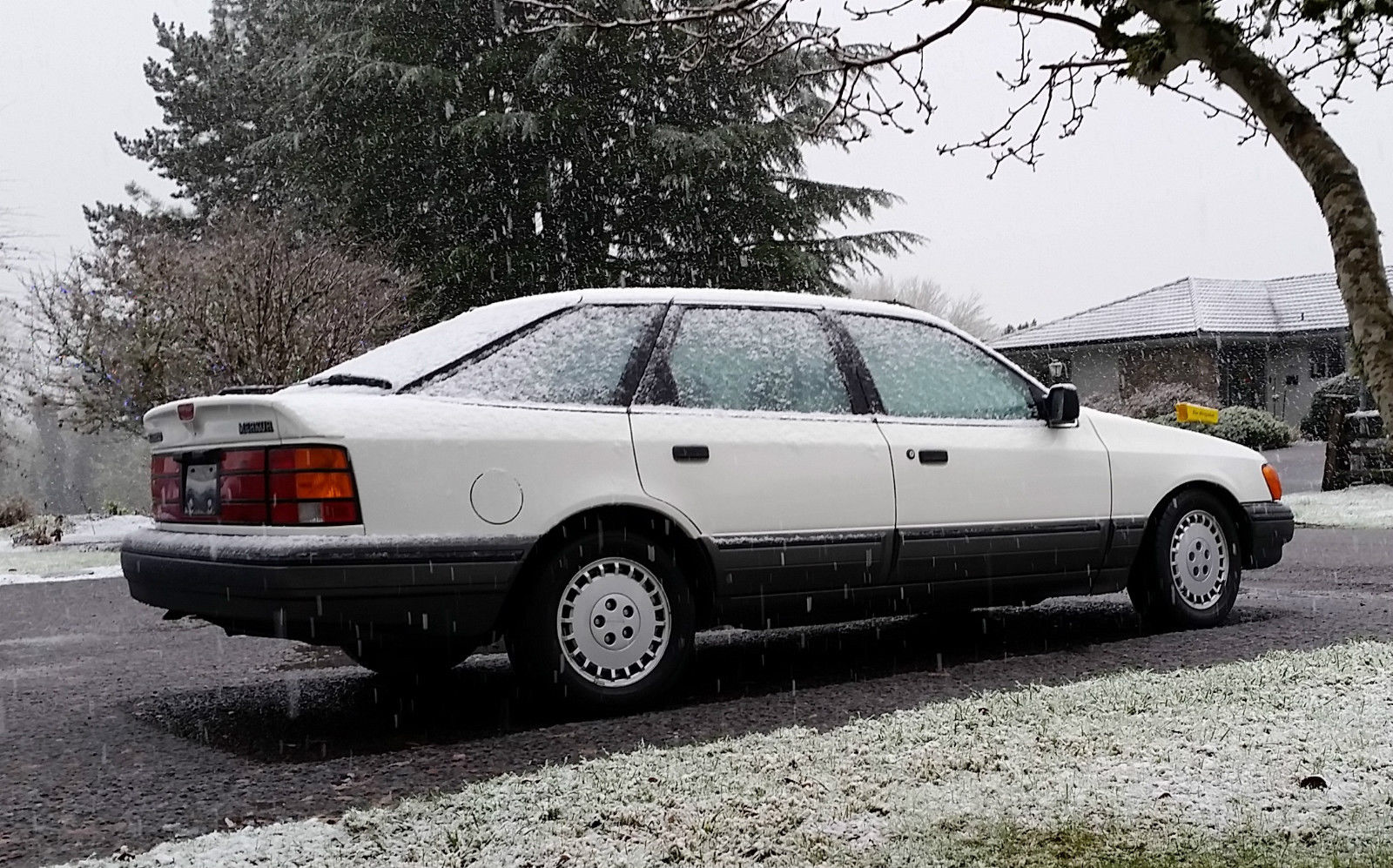 Ford’s strange decision to launch the Merkur brand is often attributed to Bob “I did it for the lolz” Lutz, but he was able to bounce to Chrysler before the bean counters at Ford figured out it was financial disaster.  How anybody expected to make any money with a German built Ford sedan shoved into the back of Lincoln-Mercury dealers and covered with a Merkur badge is beyond my comprehension.  It would have made some sense to sell it at Ford dealers as a sporty/luxury Ford, but the salesmen at Lincoln-Mercury dealers were hardly sober enough to sell Mercurys to people who didn’t just accidentally sign on the dotted line — I thought I was signing up for medicare.  Is this the line for the buffet? — much less sell a $30k ($55k in today’s money) 4-door hatchback. The Scorpio was only available as a 4-door hatchback with a 2.9 liter Cologne V6 that was rated at 144 horsepower and mated to an automatic gearbox (although there was a manual option, most left the factory with the slushbox). The Scorpio is an example of Ford’s corporate Aero styling in the ’80s, clean and simple, similar to the first-gen Taurus. A Taurus SHO might be easier to find; however, with ol’ Gaspar here you get RWD and a fancy 5-door hatchback body style.

See another Merkur for cheap? tips@dailyturismo.com