DT E-i-C Vince: This next feature is a 1976 GMC Mobile Traveler 4X4 offered for $5000 in Edgar, NE (population 498 in the 2010 census) via craigslist.  A typically sharp and poignant commentary by tipper Andy L follows:

Here is a strange vehicle that is more than meets the eye.  From
the outside, it looks like your typical sex offender dwelling with an
interior like your grandma’s basement.  You can find any number of these
on Craigslist at any given time for half the price.  What sets this one
apart is the fact that is 4WD.  The vast majority of campers are
designed to cover vast, mind numbing stretches of interstate and occupy a
space at the KOA.  This one can take the action off road and get you
even further from the pockets of humanity you despise so much. 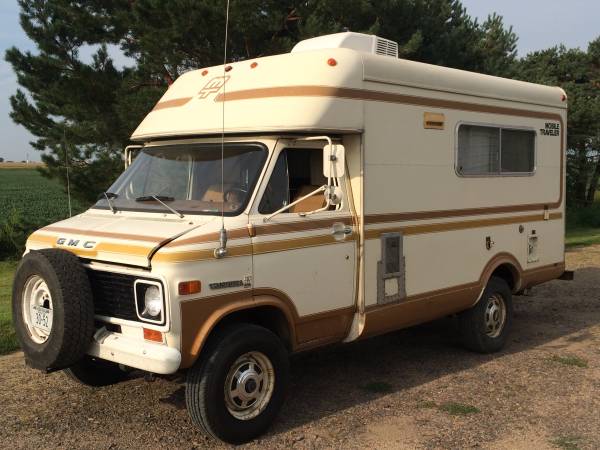 Is
this added option really worth the premium you’ll pay for it?  Well, a
similarly equipped VW Syncro camper will likely get you into a bidding
war with a bearded, plaid-shirted hipster. Let’s face it, you’ll never
be able to match the buying power of his trust fund or his dogged desire
to appear rugged.  This leaves you with putting a $2500 camper on a
$2500 4×4 truck, or something like that.  Such a combo would likely be
neither as comfortable or as reliable as the featured camper. 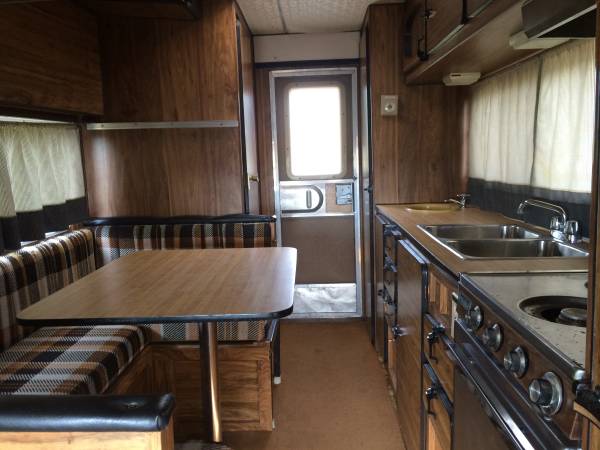 It
would be interesting to see where this rig could get you in the Rocky
Mountains or Alaska with a set of Mattracks installed. 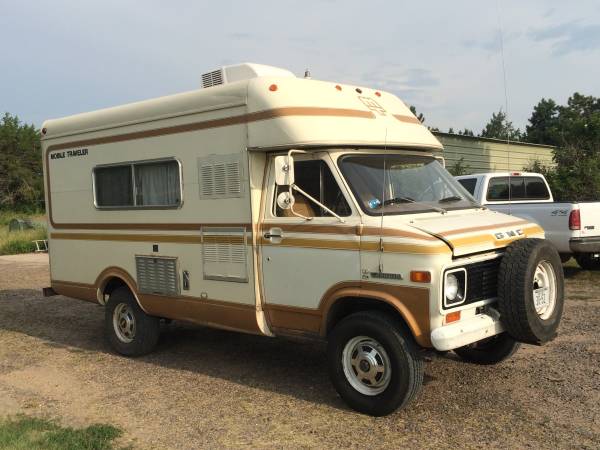 DT: Great find Andy, and if I ever need to explore the Alaskan wilderness, I will give you a call and we’ll roll to the edge of the world in this beast, eating home made seal jerky and drinking ice water.  It’ll be the most epic road trip ever.