By Al — When Chrysler dropped the Minivan bomb on the American car buying public , other car makers were caught with their pants down. Other car makers had to resort to all sorts of stop gap, not ready for prime time vehicles to fill the void in their lineup. Some of the more interesting entries were from the Japanese car makers that hastily adapted their Japanese market cars for the USA. A perfect example  is this 1986 Nissan Stanza Wagon 5 speed available for $2,800 in Oceanside, CA. 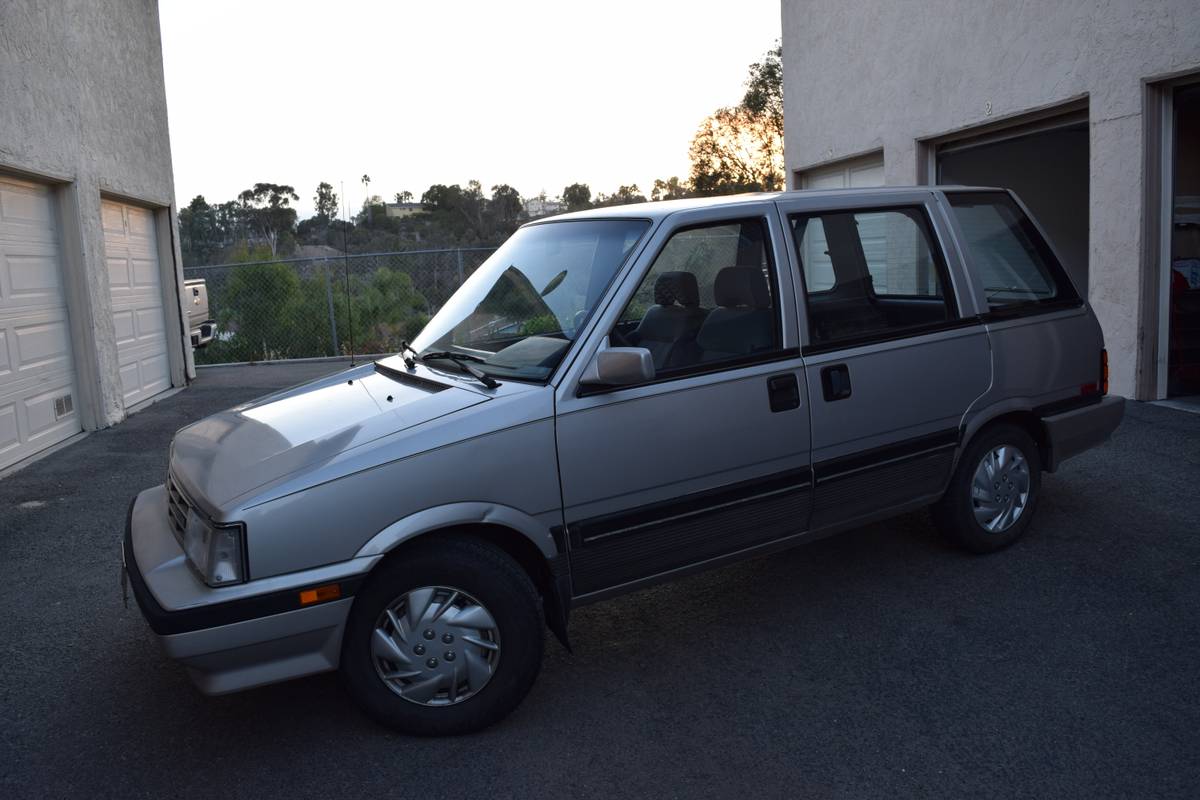 The listing provides a nice ¾ shot of the front of the car. There are a couple of money shots of the car showing the side doors open, revealing no “B” pillar. The lack of a “B” pillar should make for easy entry or loading from the side doors. I can’t quite tell from the Wiki Article, but I think these were only sold from 1986-1988 in the USA. The silhouette is that of a tall wagon crossover-ish looking vehicle. Nissan was 30 years ahead of the game 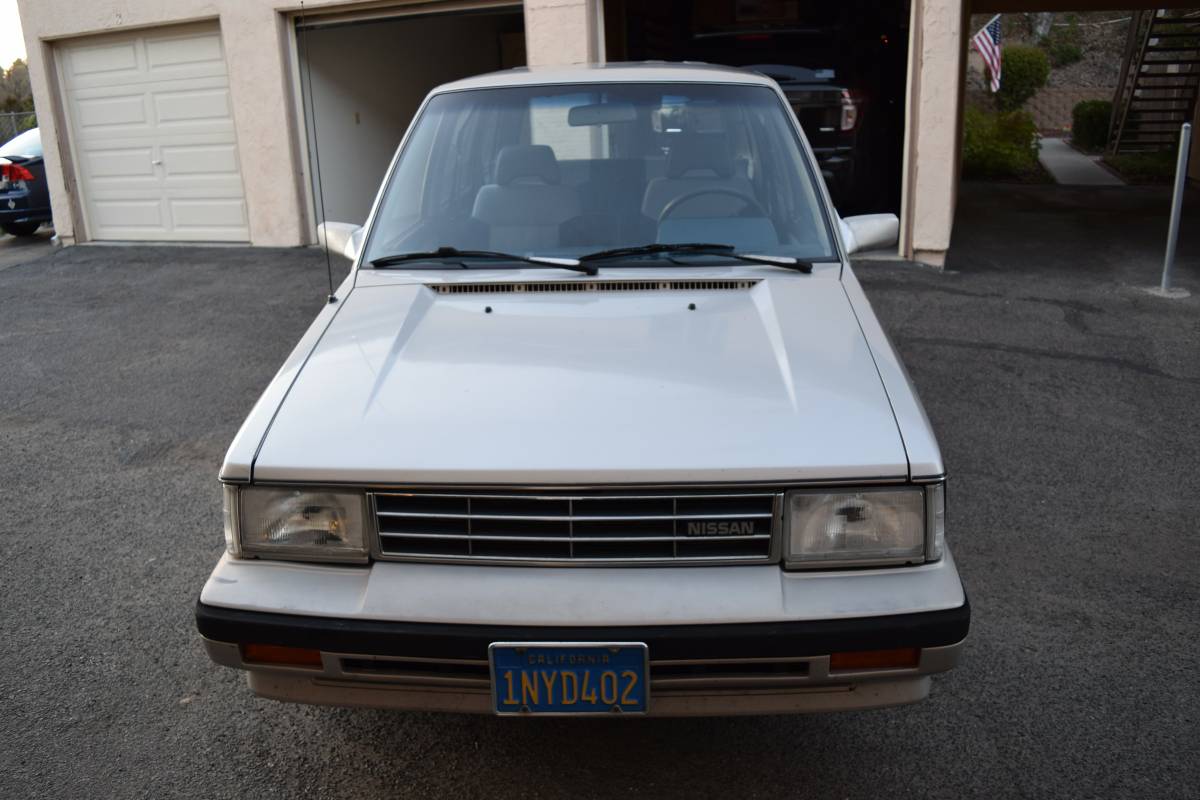 There is no engine shot present, but Wiki and Autozone inform us that the car would probably have a 2.0L CA 20E throttle body injected engine with 105hp and 120 ft-lbs of torque. The little engine should be adequate for moving the little box along. The autozone site shows Timing Belts for $16 , brake rotors for $22 and alternators for $96 bucks. If the car had a carb…it would probably have a zillion brittle vacuum hoses, and it would definitely fall off my radar. 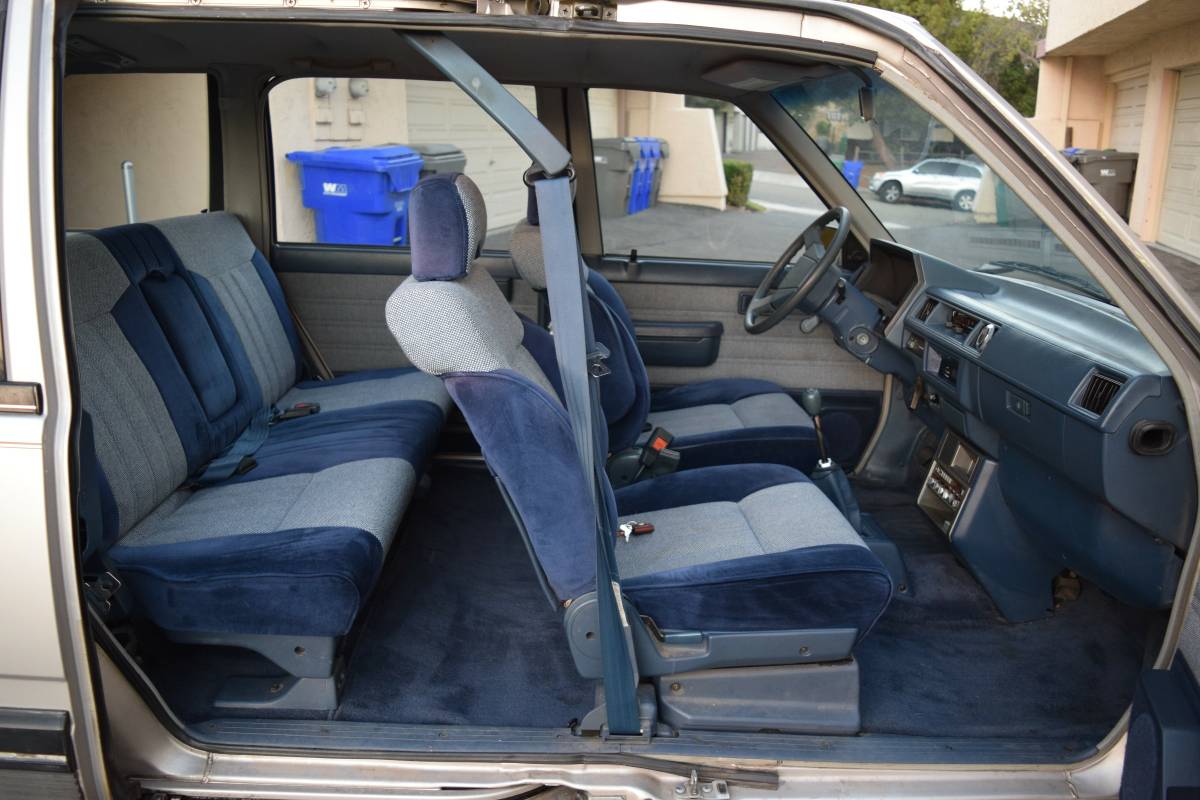 There are several shots of the interior. The interior looks like it is in beautiful shape with nice grey and blue fabric on all the seats. One of the shots shows the middle seat folded and shoved all the way up to the back of the rear seats.  In a previous life I spent my weekends bicycling all over Southern California. I transported my bike inside my 1996 Subaru Wagon. I never liked mounting my bike on the outside of the car, because I just don’t like the thought of an expensive bike being out in the open for everyone to see. A little box like this would be perfect for bicycling. No mention is made of working AC, but if it doesn’t work, it probably wouldn’t cost too much to get it functional. 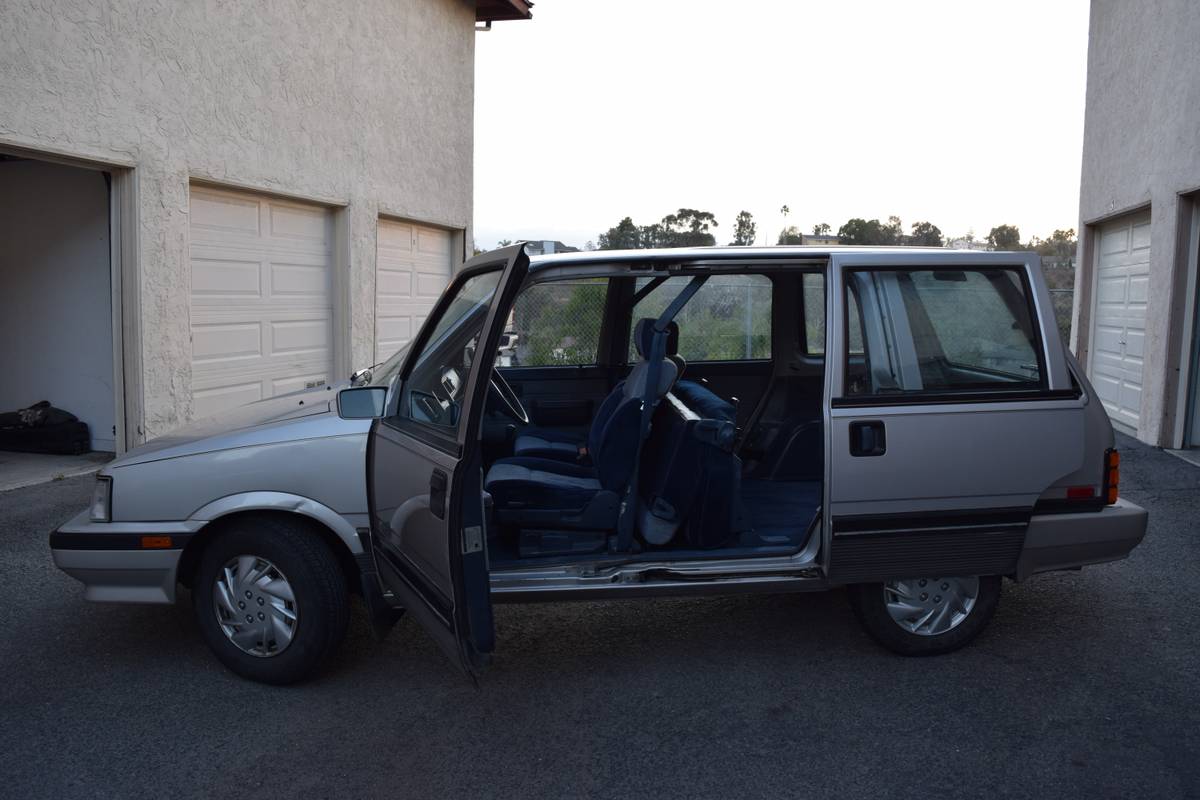 I have wanted one of these things for a long time….$3000 bucks is kind of pricey, but the owner claims only 83k miles, and overall it looks like it is in great shape. I really need to get rid of some of my cars, so I can make space for a little gem like this. 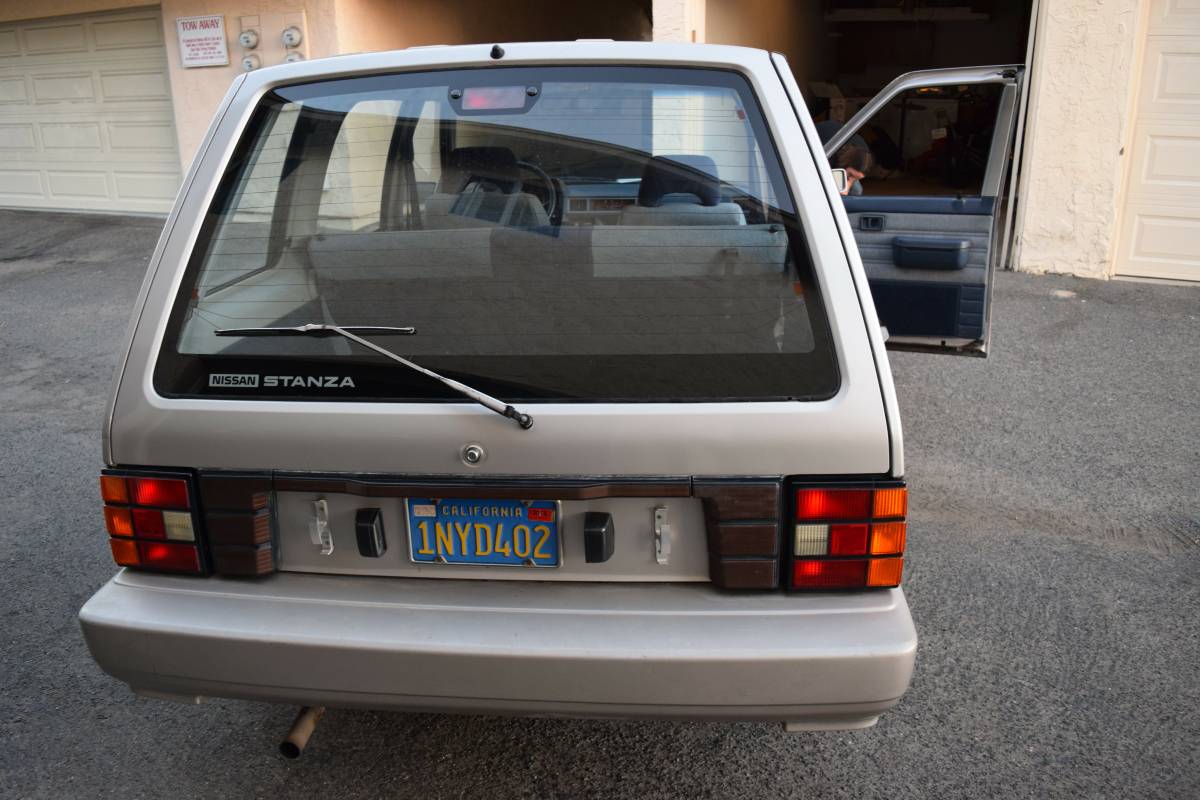