The subject of this week’s Mid Week Match-Up (now with more fiber!!) comes from DT regular Gianni who writes:

Mrs. Gianni has finally hit the limit of tolerance with her 2004 Toyota Sienna with 170K on the clock, when one of our dogs got sick in it last week.  Even with a detail it still smells bad to her.  (It’s now called the turd-ota).  So her parameters are new or newer – no projects, we already have 3 of those.  AWD since we are skiers and normally are driving up to the pass to ski every weekend from January to March.  Our oldest graduates next year so, room for 3 plus the occasional 4th person.  Also room for one dog in a crate – a 60 lb Aussie (the good one vs. the Siberian bad one). Additionally it needs a hitch so she can put a bike rack on the back.  She’s not sure if she want’s an SUV or crossover, but does not want another van.  They have gotten too big and she thinks her current van is too thirsty.  She is thinking Subaru Outback (my son is lobbying for Forrester XT turbo).  I looked at Edmonds.com for about 5 minutes, but got bored with what is out there, and went back to looking at broken down Alfas on Craigslist… 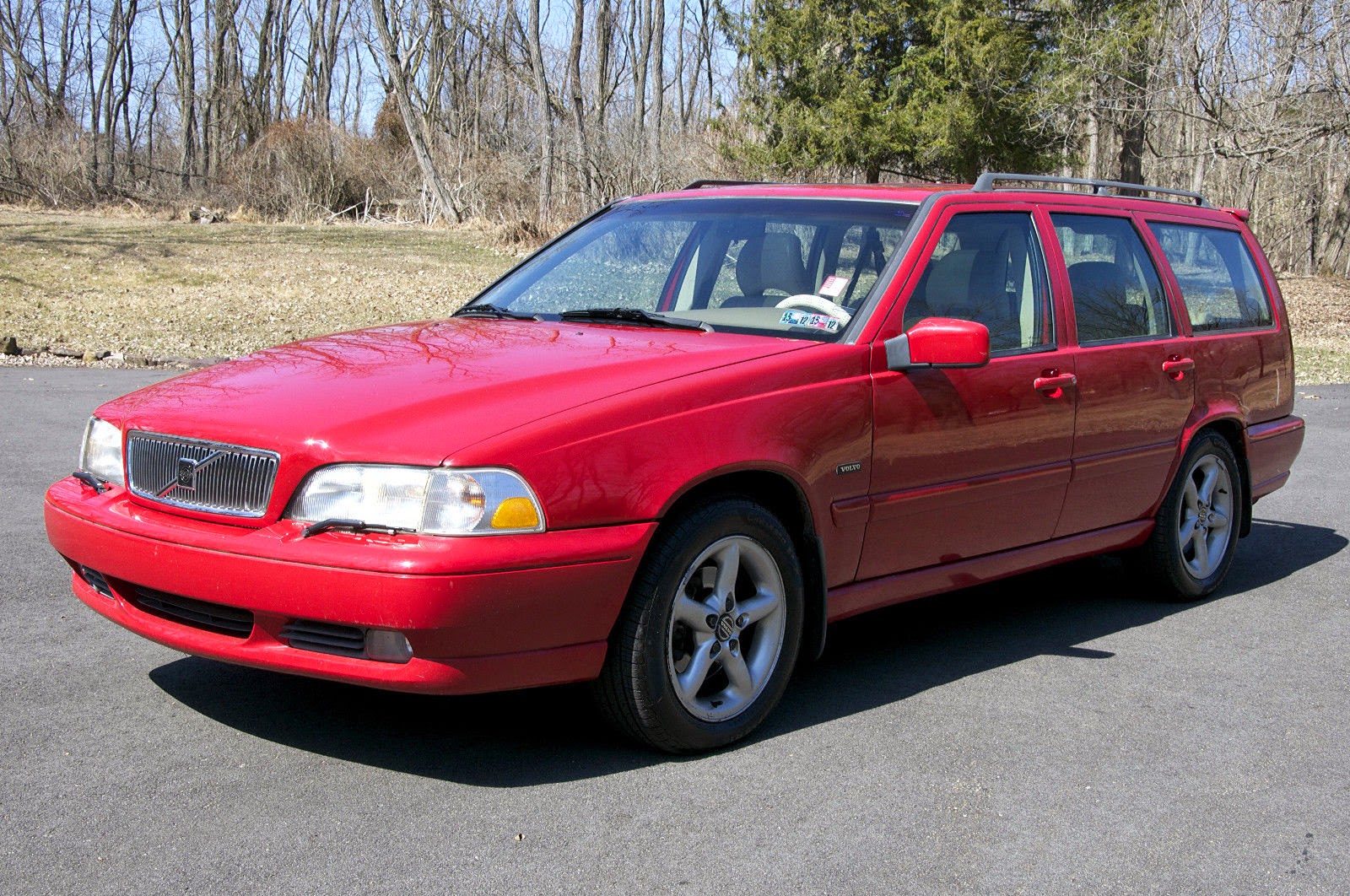 currently bidding for $1,325 with a few hours to go.  A quick disclosure, I know of several wealthy Volvo mechanics who have sent kids to dental school on fixing late model Volvo issues — BUT if you are handy with a Haynes Manual, metric spanners, and the internet, you can fix any problem that crops up with reasonable costs. And the problems will appear, small issues as the Swedish built wagon depreciates farther into junk yard territory.  Of course the ABS light is permanently illuminated in this one –the seller assures us that the brakes are strong, just don’t expect any anti locking action anytime soon.

What would you suggest for Mrs Gianni?