The Manta Mirage was a crazy Can-Am inspired mid-engined road car built out of a garage in Costa Mesa by brothers Brad and Tim LoVette in the late 1970s.  The basic recipe was a steel space frame with a Chevy V8 mounted in the middle connected to a Corvair transaxle, all wrapped up in a hand-laid fiberglass body.  Find this 1977 Manta Mirage offered for $10,800 near Cincinnati, OH.  Tip from FuelTruck. 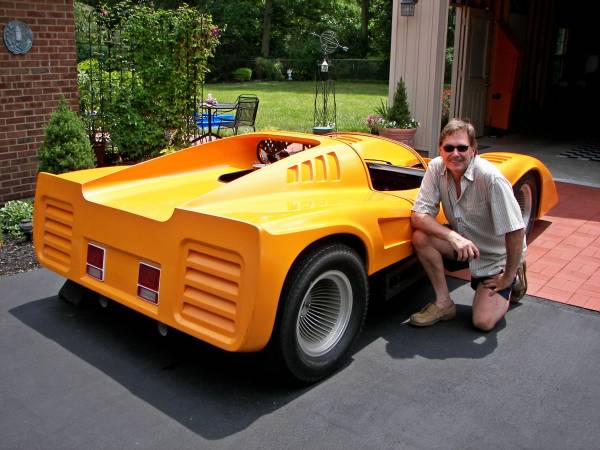 If I was going to own a kit-car style street car with hypercar like limits, forget the Lotus/Caterham 7, Cobra Kit, or customized Pontiac Fiero — the Mirage is where it’s at.  This thing has a dry curb weight somewhere in the 1900 lb range and 400-500 horsepower is child’s play for a good SBC build. 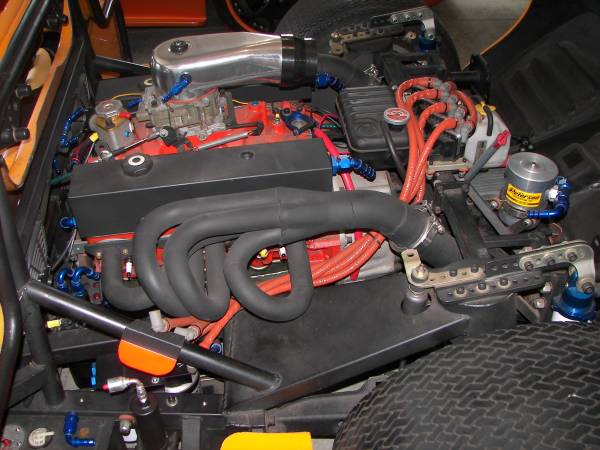 There is the beast hiding out behind the driver’s head — a Chevy V8 of undocumented origin, and build specs. But it looks like a beast with long tube headers, HEI ignition, fabricated valve covers — I’d hazard a guess the original builder of this thing has more than the current asking pricing in that engine. 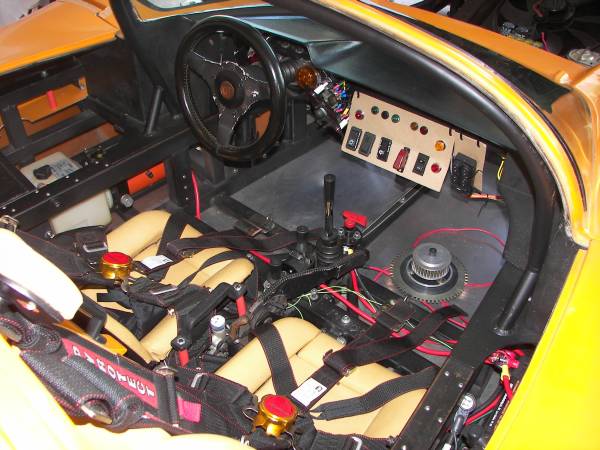 Sit down in the seat with your keyster a few inches above the tarmac and hope your degree in seatbeltology comes in handy because you’ve got some belts to deal with.  Next, you’ll want to avoid the exposed wires and try to not crash, because it might sting a bit. 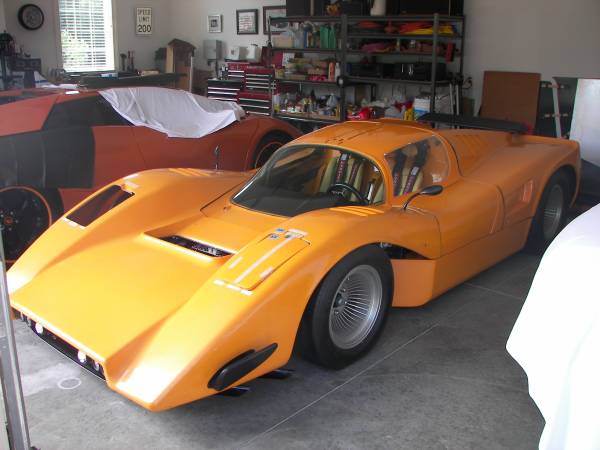 See a faster way to confuse your neighbors? tips@dailyturismo.com