It’s Thorsday folks and we have quite the Swede for you today.  The dollars per level of crazy is off the charts on this one.  This Volvo 240 build is sort of a more discreet budget version of this Corbin Goodwin bonkers Rolls Royce.   Many brick Volvo’s feature American V8 swaps swapped into their huge engine bay.  The 240’s did come with a factory turbo 4 cyl engine option in the mid 80’s and later turbo redblock turbo engines from the 940 are commonly swapped into later NA 240’s.  With all that said, today’s seller took the path less traveled by has fabbing up a insane home brew rear mount turbo (see pics below) set up in the trunk with little regard for passengers foot space, any attempt at hiding the set up, and trunk cargo capacity.  Find this 1989 Volvo 240 for sale in Tucson, AZ for $2,000 via craigslist.  Tip from Lynn. 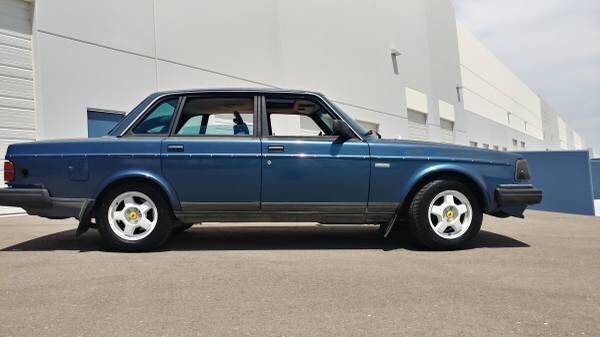 1989 volvo 240 with rear mount turbo. Very fun car. Runs great was daily driven for a while. I have to many cars and need a bigger car for my family. New tires, tons of new parts. Car gets tons of looks has Jeep led headlights, boost gage, blow off valve. Priced of a quick sale. 2000 or make offer. Questions just text me or call. Need it gone soon. Lowered the price because it needs a new water pump. Needs towed. Runs and drives but will get warm I have been starting it once a week 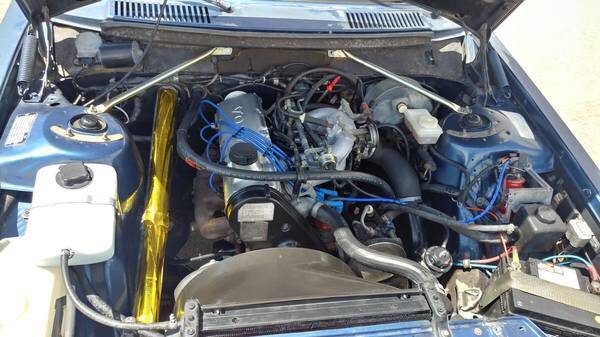 This is a picture heavy post.  The pictures start from the engine bay and head towards the rear where things get even more interesting. 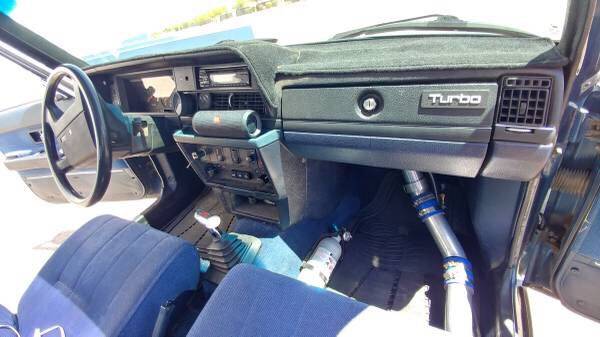 The dash toupee’ is understandable given the desert heat on the plastic.  This is the first hint there is something different about this car.  Not many stock 240’s have a passenger floor mounted fire extinguisher and the shifter looks like it was lifted out of a muscle car.  Those two are small nits until you get a load of the steel turbo piping routed under the glove box down to the passenger floor board.  Why mount under the car when you go straight through right? 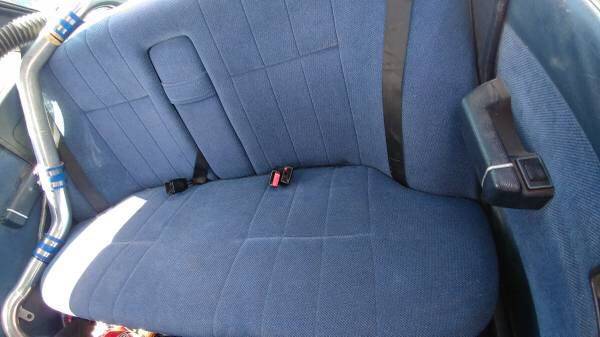 The turbo piping continues snaking through the back seat on the passenger side up to the rear deck area. 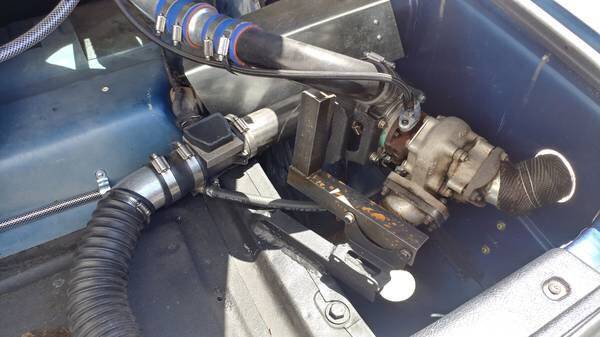 After 15 feet of piping we finally get a chance to lay our eyes on the trunk mounted STS turbo with the side trunk exit exhaust.  There looks to be some sort of flux capacitor wired in, what looks like a digital home thermostat, and some garden hose coming out both ends of some sort of oil feed? 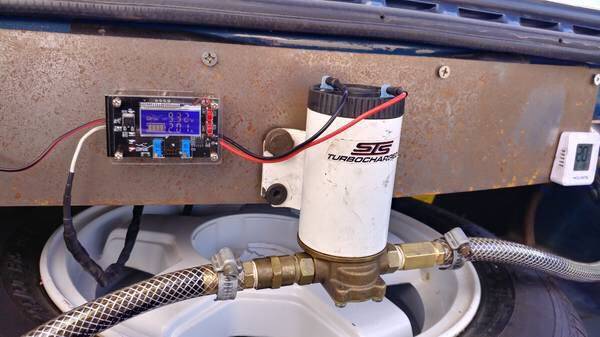 See another Volvo that would make your significant other poop their pants when riding shotgun? email tips@dailyturismo.com