Words and tip by Andy L: The ancient annual festival of Syncro de Mayo is still painfully
far away.  We are still talking about Snowmageddon, polar vortexes and
winter storms so crappy that they even have names for them now.  And
while we are awaiting the end of winter, a beast has arrived that may
not only signal the end of your winter woes, but of the end of times.
It has 4 wheel drive, 5 cylinders, 5 speeds and a license plate
featuring the mark of the beast.  Find this 1986 Volkswagen Quantum Syncro Wagon offered for $2,500 in South Lincoln, NE via craigslist. 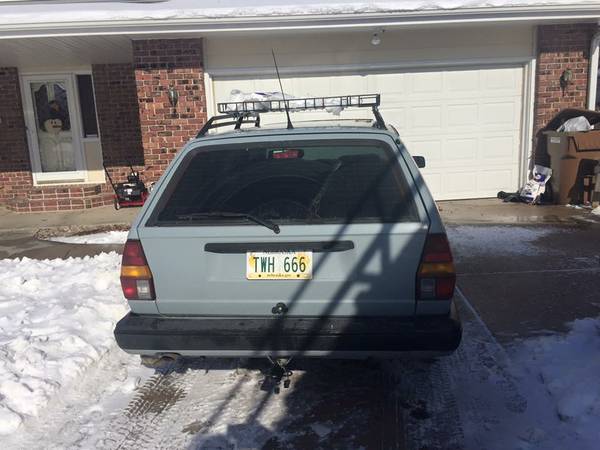 If you can get beyond the
Biblical omens, which could have been smitten with a well placed thumb,
you may just have yourself a driving, solid example of a beast getting
more rare by the day.  Most of these have been vanquished to the hoary
nether-regions due to corrosion, but this one seems to have survived
okay. There is the little matter of the stratospheric odometer reading,
but this Syncro seems to be destined to last until the rapture. 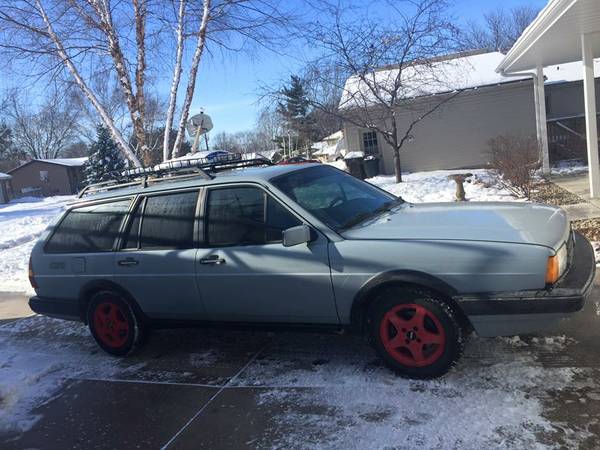 See another guy who is selling one of his 10-15 cars (how could you not know the exact count?)? tips@dailyturismo.com