When you think about F-body cars, Chrysler compacts from the late 70’s likely don’t come to mind first.  The Dodge Aspen and its twin Chrysler Volare’ were made from 1976-1980 and were successors to the very popular Dart/Duster/Valiant triplets.  The Aspen sedan and wagon rode on a longer wheel base than the coupes.  Small block 318 and 360 V8’s were factory options, but today’s grocery getter is powered by a big block 400.  Find this 1977 Dodge Aspen wagon for sale in Roxbury, CT for $2,600 via craigslist. 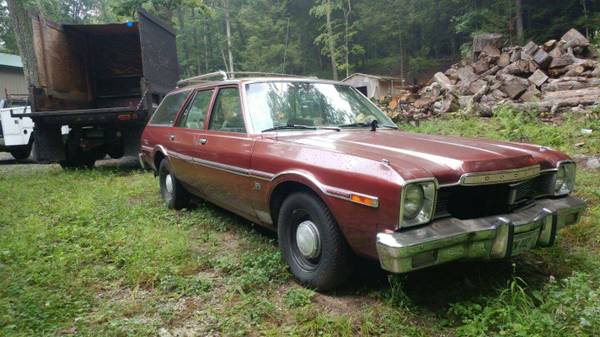 The Aspen 400 V8 is mated to a 727 automatic transmission with a Hurst slap shift shifter.  The specifics on the engine swap are anyone’s guess, but the engine does not appear to have the mess of emissions related vacuum lines or lean burn set up from the era.  The Edelbrock air cleaner is a possible clue to a non stock carburetor.  The seller does mention the car is a total sleeper and it has a “tons” of power. 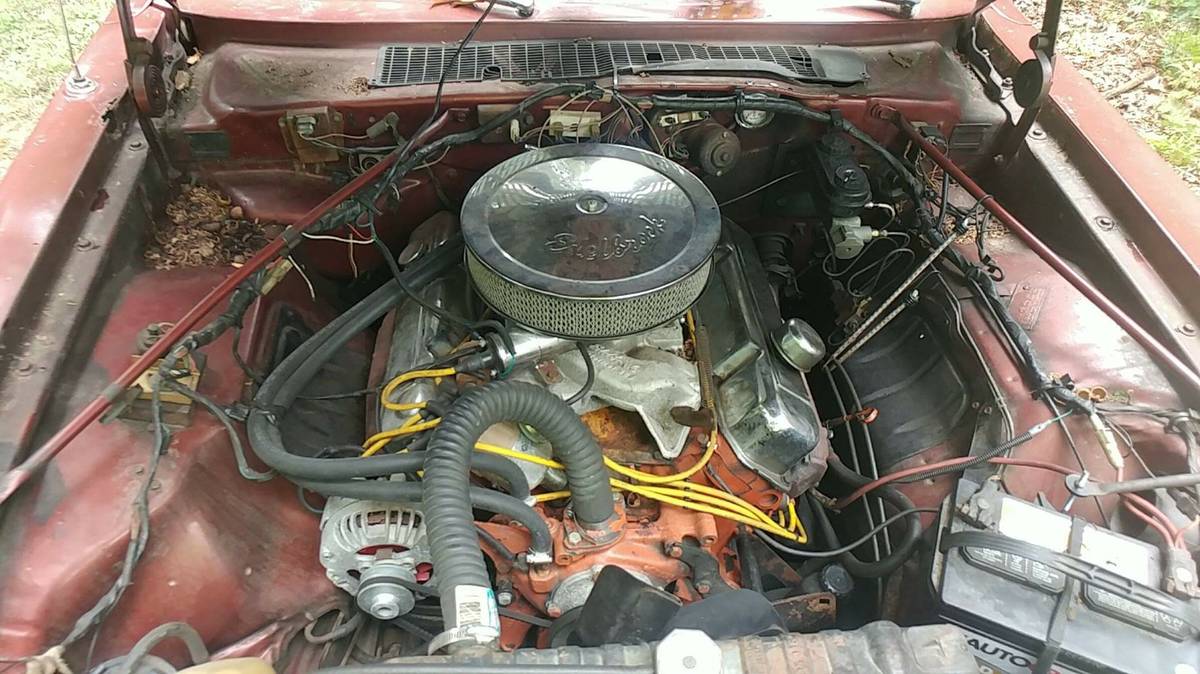 The Aspen was made during a dark time for Chrysler.  The stock carb placement on the engine contributed to vapor lock problems.  There were multiple seat belt recalls during the model run.  Rust was an issue on cars in northern climates, but the seller mentions the body being in good overall condition with just a little rust.  Fake wood paneling was a option on wagons side panels. However, this car was thankfully spared the Griswold treatment. 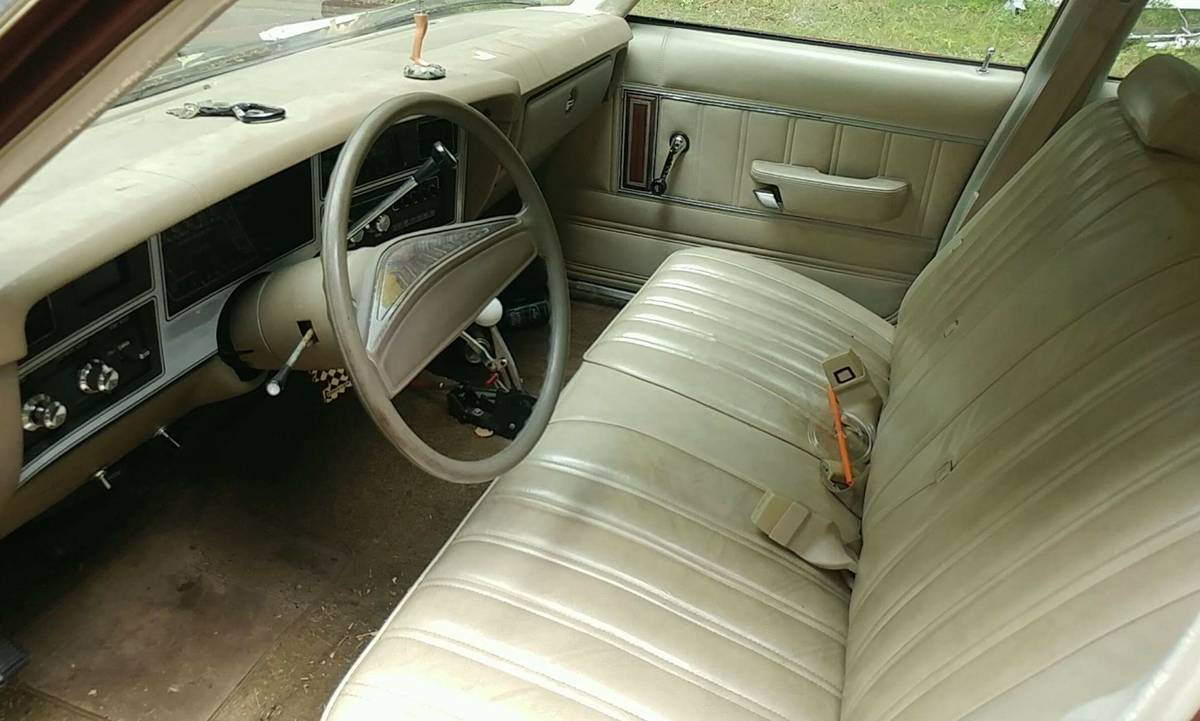 The factory instrument cluster did not come with a tachometer so someone took it upon themselves to mount an aftermarket tach on the cowl of the hood for a decidedly juvenile look on a grown-ups car.  The front seats of the Aspen are a flat as Kansas and not designed for autocross style cornering.  Do not apply Amour All to the front seats unless you want to end up in the passenger seat when turning the wheel. 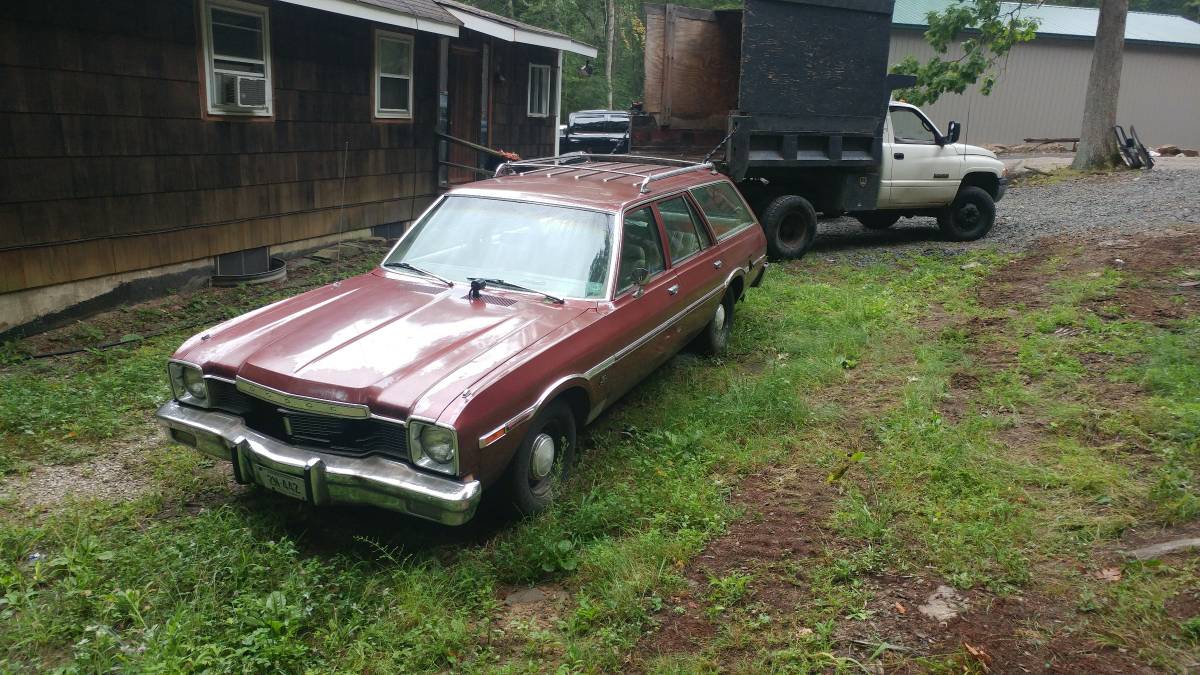 Cory is acquiring the last few parts on the 1995 Mercedes C36 AMG before it hits the streets.