Volkswagen’s second generation Golf was a larger and slightly more comfortable version of the first generation, so the hot GTI version was similarly better for comfort, but not as much of a pure driving machine.  This next GTI is a magazine car, which is a subset of the general show car culture, but more emphasis is put on sponsors and how the car was built.  Find this 1989 Volkswagen GTI offered for $10,500 in Sacramento, CA via craigslist.  Tip from Nilioo. 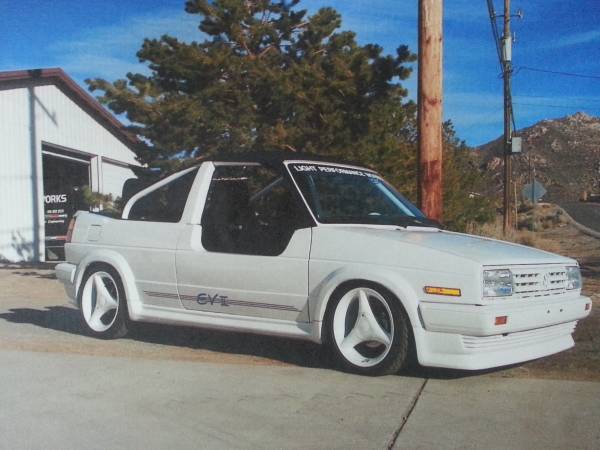 This GTI has been heavily modified, both cosmetically and mechanically a few years ago — it was featured on the cover of Volkswagen & Porsche Magazine in 1989.  It appears that the top has been chopped off and replaced with a light bikini-top, but the seller says it “could be a very good daily driver for collegiate commute in California or Nevada if you’d like to take that route.” 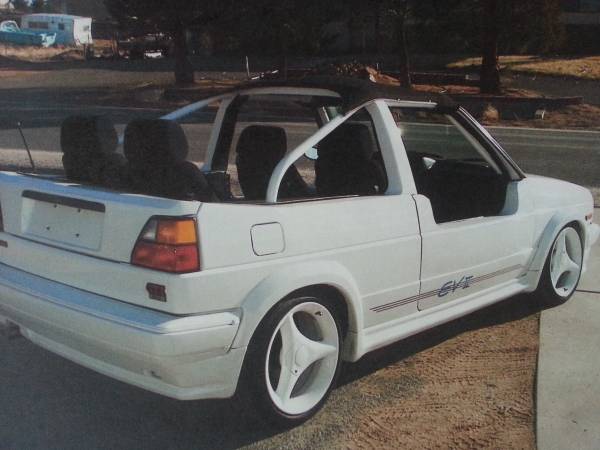