The E30 generation BMW was a significant improvement over the E21 that it replaced, but more in the evolutionary sense than revolutionary.  It was still powered by inline-4 and inline-6 M-series engines, used rack-and-pinion with MacPherson struts up front, and semi-trailing arms out back…but each part was just a little bit better in the new car.  Today’s 325e has taken another leap forward. Find this 1984 BMW 340i with M62 V8 swap offered for $5,499 in Fountain Hills, AZ via craigslist. 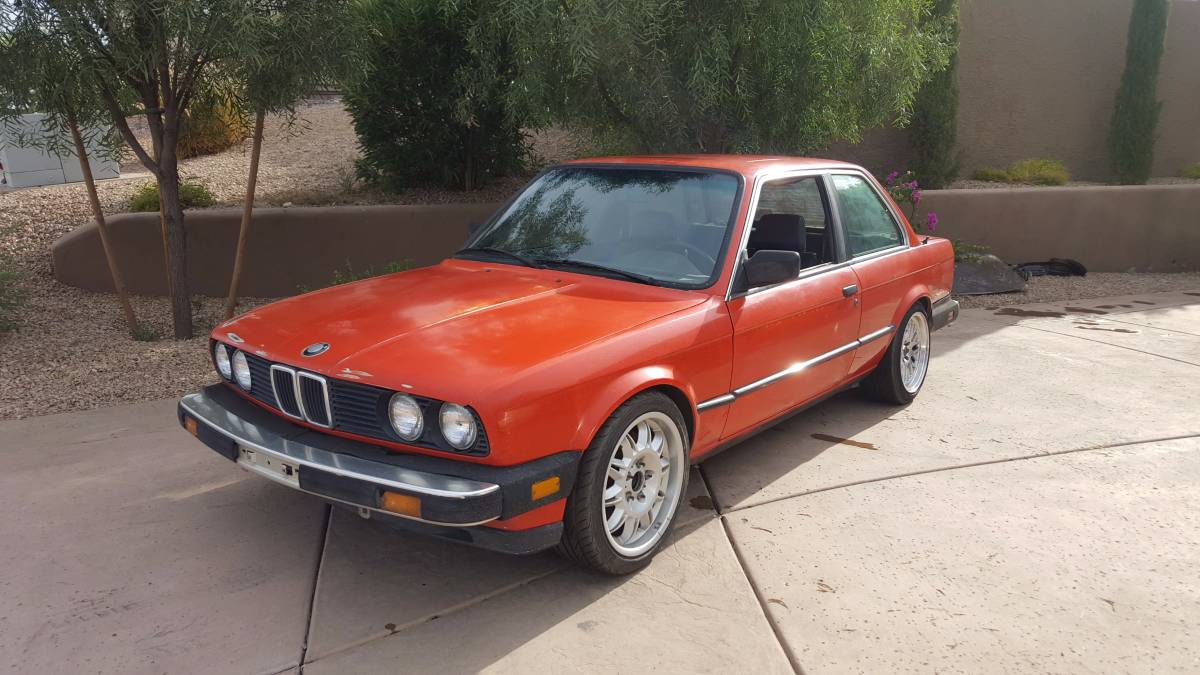 This E30 is just slightly on the beater side of the junker/treasure curve, but it is what’s inside that counts…or at least that is what everybody keeps telling me.  Don’t judge a crook by his mother…#amidoingthisright? Somebody is doing something right here…just take a look under that hood. 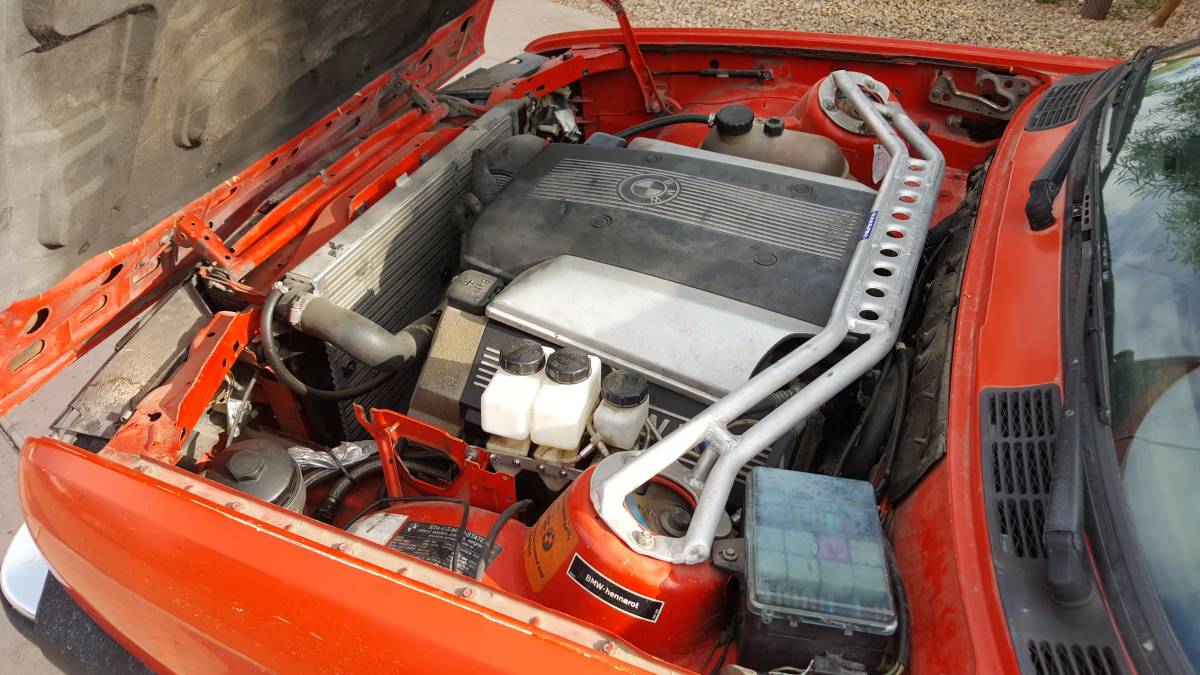 The M62 V8 comes from a 1997 BMW 540i, which means it is VANOS free and makes 282 horsepower and 310 ft-lbs of torque.  Mated to a 6-speed manual gearbox, this little Frankenstein should seriously scoot.  The 5-series it was borrowed from may have taken 5.6 seconds to hit 60 mph, but the lightweight 3-series will be considerably faster. 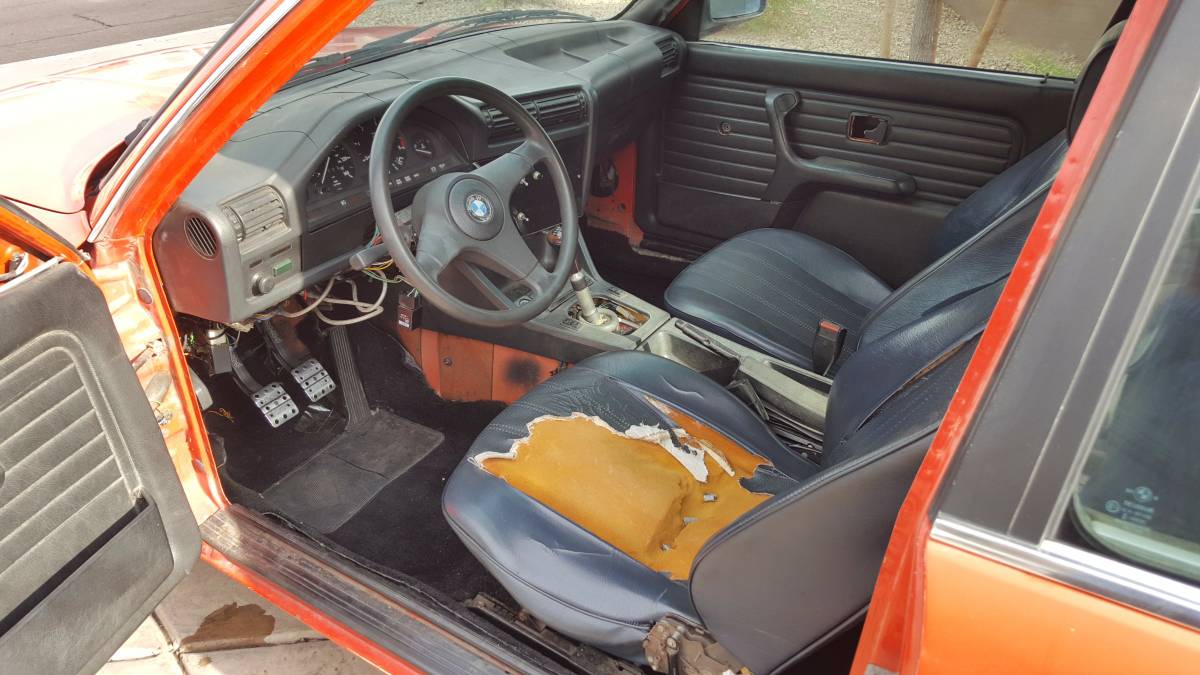 The interior is pretty well torn up, but a few newish/er seats are just a short trip to your local pick-a-part or a BMW forum.  Cleaning up the wires and other cockpit descuzification is only going to cost you some time and elbow grease. 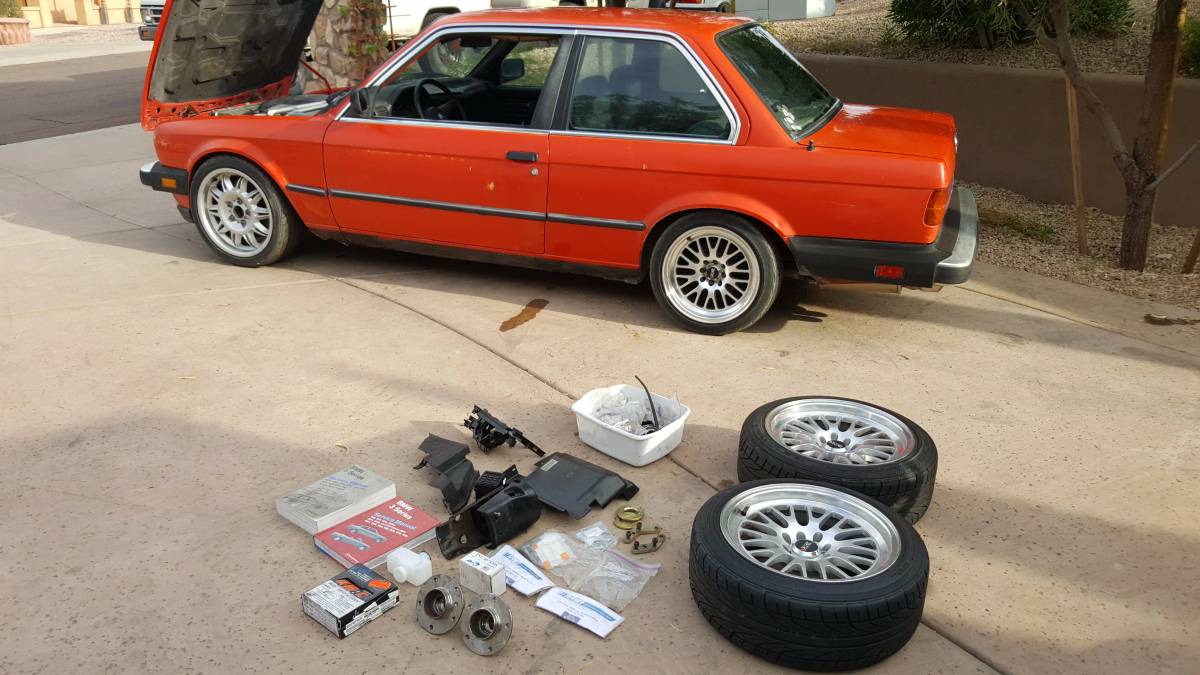 See a better deal on a V8 powered 3-series? tips@dailyturismo.com