1979 was a strange year — it started with the death of Sex Pistol’s bassist Sid Vicious from a heroin overdose, then it snowed in the Sahara Desert for 30 minutes, the Shah fled Iran, and Mardi Gras celebrations in New Orleans were canceled due to a police strike…and that was only February.  The world was changing, perhaps getting ready for the introduction of a vehicle so massive that it can influence the orbit of the moon.  Find this 1987 Mercedes-Benz 420 SEL offered for $2,500 in Sorrento Valley, CA via craigslist. Tip from MJC. 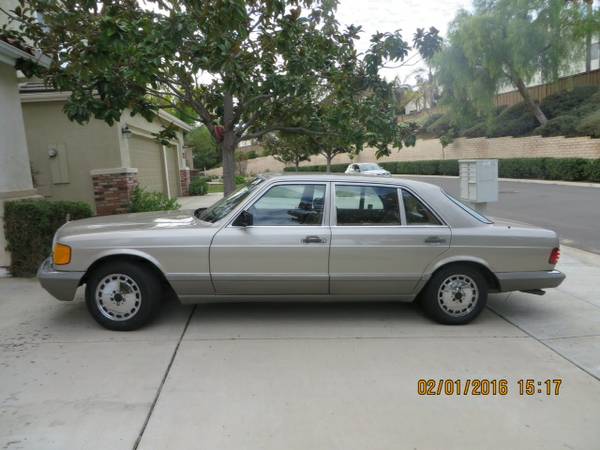 I won’t even try to blame the vicious swamp rabbit attack on President Carter of the United States on the W126, but the new S-Class was a monster in every sense of the word. Bigger, faster, and better than the W116 it replaced, it was extraordinarily expensive and luxurious in the SEL (S-Klasse-Einspritzmotor-Langversion) trim (sometimes called the V126). 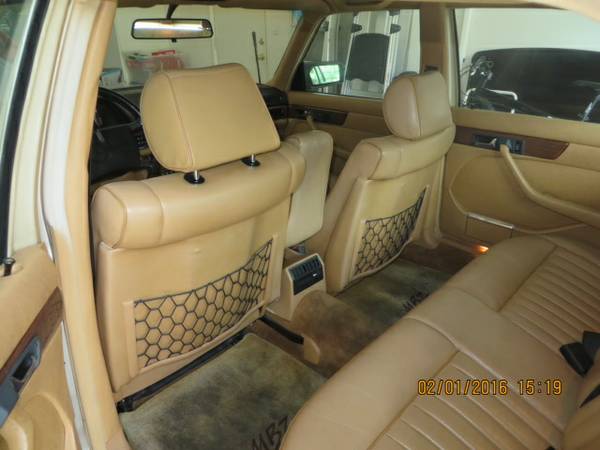 Forget about the 4.2 liter M119 V8 putting out 228 horsepower and 247 ft-lbs of torque for a minute and just check out that rear leg room.  This is the perfect car for a long road trip with a few friends.