The numerous Volvo 240s that grace these pages seem to fall into two buckets, first is for the clean/original junkers that cost a few grand and would be great for a daily driver, and the second is for the Chevy V8 swapped hoon mobiles that also cost a few grand.  This next feature falls squarely into the second bucket.  Find this 1977 Volvo 244 V8 Swap LT1 offered for $5,000 in Largo, FL via craigslist.  Tip from Cory. 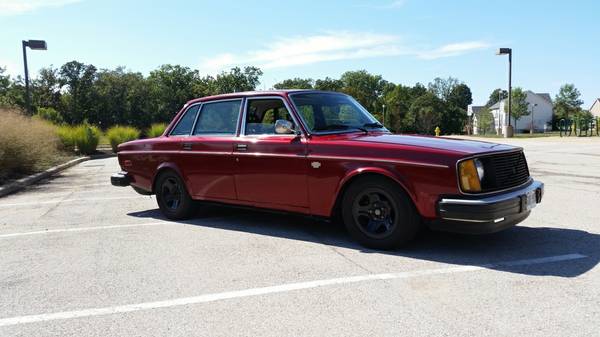 This 1977 Volvo 244 has been carefully put together with a Chevy V8 LT1
from a 1993 Camaro Z28 and the matching T-56 6 speed manual. The pair
had an estimated 65K miles on them. A shortened Ford 8.8 inch rear end
sits in the back with 3.73 gears and trak-lok. The transmission meets
the rear end via a custom cut drive-shaft. Mazda RX-7 discs and calipers
bring the Volvo to a quick stop. The car has been lowered and the
suspension is performance-oriented. In the rear are heim-joints. So much
more has been done to include a custom exhaust with shorties, tune, the
car was professionally wired, custom working dash, cold A/C, power
steering, and a hurst short-throw shifter. The all-performance tires
have roughly 5k miles on them. The car was put together by a mechanical
engineer who is very meticulous.The car as it sits has 22k miles on it
since the build. 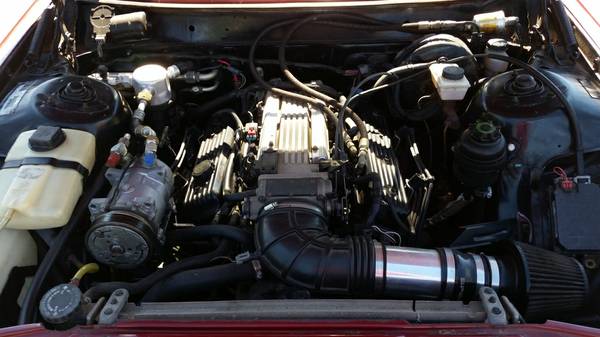 The V8 looks snug in the engine bay, and I’m sure the car is a blast to drive — but the little details like the working AC and RX-7 brakes adds a lot of value.   The seller only includes one small photo of the interior, but states that it has been swapped in from a 93+ Volvo, another plus if it was well done. 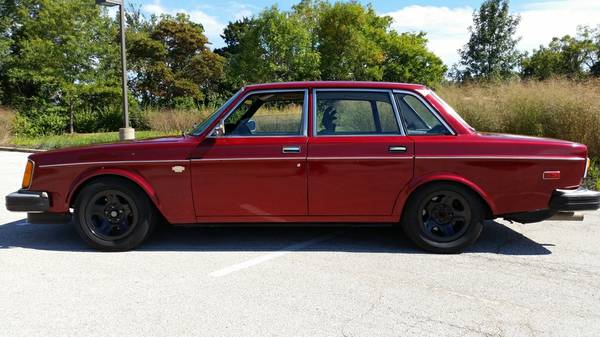