The Porsche 968 was the final chapter of the long line of front engine Porsche sports car that started in 1976 with the 924. The 968 didn’t have a grunty V8 like the 928 or boosted potential like the 944 Turbo, but it has one of the better shapes from the front-engine Porsche era and the pop-up headlights are just icing on the cake.  Find this 1993 Porsche 968 with LS1 V8 offered for a trade for a Shelby Cobra, Triple weber 240Z, Pantera, or best offer, located in Miami, FL via craigslist. 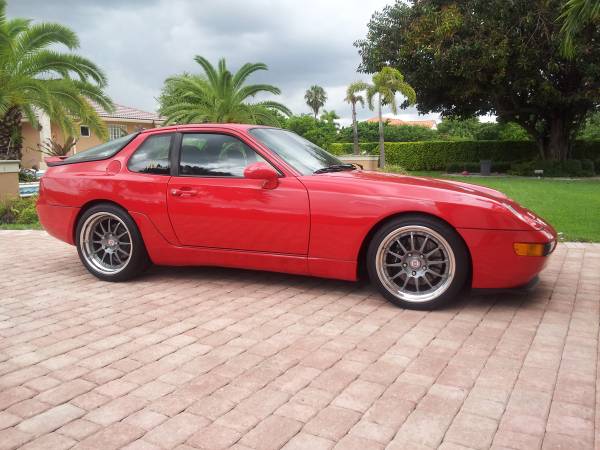 This wasn’t just a weekend swap project  for the builder, because the 968 has a fully customized suspension (with KW coilovers, camber plates, racing bushings), 993 turbo brakes, some custom interior pieces, and a recent (?) respray in Guards Red. 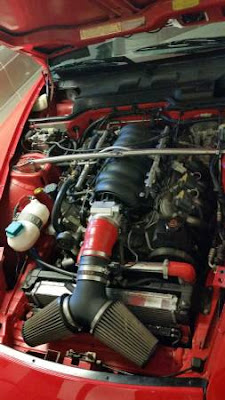 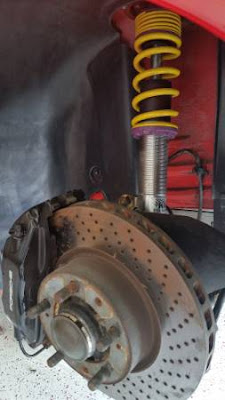 The 5.7 liter LS1 V8 under the hood  has an aftermarket camshaft, an LS2 intake, big throttle body, headers, and a racing exhaust — it should make well more than the original 350 horsepower.  It is mated to the original Porsche 6-speed manual transaxle located out back and equipped with a Torsen limited slip diff. 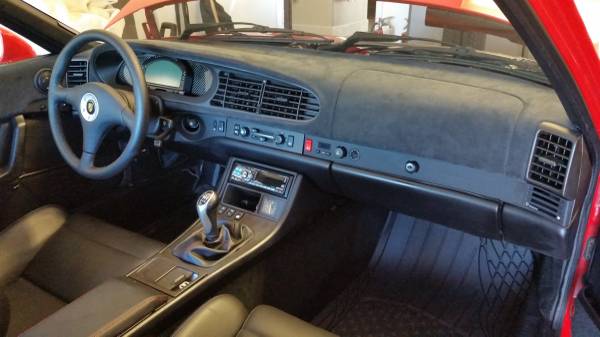