If a J-body Dodge Cordoba with fine Corinthian leather seating was not luxurious enough for you, Lee Iacocca resurrected the top dog Chrysler Imperial flagship for a short run from 1981-83.  The Imperial had controversial razor edge slantback styling that was as bizarre then as it is now.  Iacocca pal Frank Sinatra lent his name to a special edition though the chairman of the board was supposedly none too happy when his personal car stalled out in public likely due to the finicky fuel injection.  Find this 1983 Chrysler Imperial for sale in Hernando, FL for $5,500 via craigslist.  Tip from Fuel Truck. 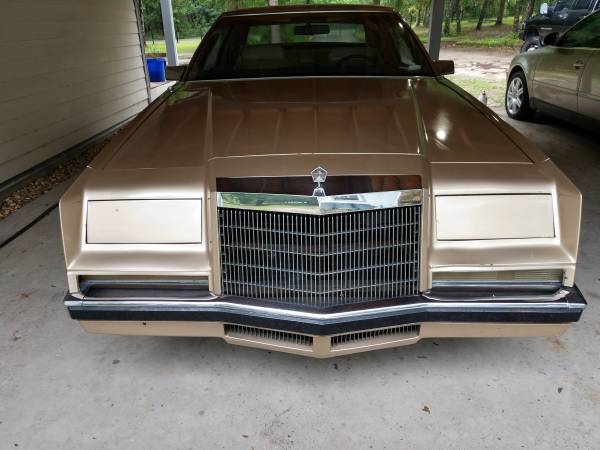 Trade for a 20 to 26-foot center console fishing boat. Want something that is going to the only one at a car show? Want a car that is so rare that people come up to and say what is that? Want something that is going to go up in value if cared for? Want all the toys on your car?Well here it is!For sale or trade 1983 Imperial, (built by Chrysler and badged only as an Imperial) Last rear wheel drive Imperial ever built!Indoor stored for over 12 years! 118k miles, yes its original miles, has a 6 digit digital odometer and there is no asterisk showing. Miles will go up, I drive it to car shows almost weekly if weather cooperates.1 of 1555 ever built, retail price in 1983 $22,000.00, has an very detailed history, just google 1983 Chrysler Imperial!I am the second owner with original documentation from the first owner including trip log. Runs and drives great! Rebuilt original 318 V8 upgraded aluminum intake and Holley 625 cfm 4-barrel carburetorNew welded dual exhaust, sounds great!Leather Interior, super plush, electronic dash, original working stereo and power antennaCold AC, New BF Goodrich Radial T/A tires on factory snow flake wheelsComplete fuel system rebuild, new sending unit, new fuel pump, new fuel hoses, rebuilt carburetor.Complete brake system rebuild, new master cylinder, new brake hoses, new wheel cylinders, rebuilt calipers.Rebuilt wiper drive systemNew 5-year battery, New belts and hoses, full tune up, plugs wires, cap and rotor Comes with factory owner’s manual, factory service manual, and other flyers. Also has extra parts including a hard to find extra trunk lid.Needs to have the restoration completedLooks great at 20 feet and turns heads at car shows.$5500 cash or trade for a 20 to 26-foot center console fishing boat. 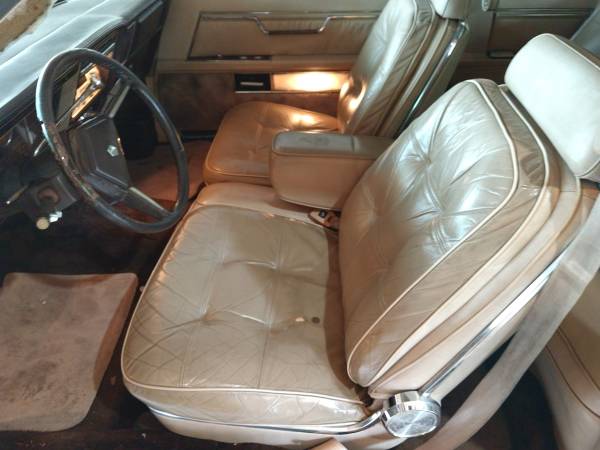 The steering wheel seems to show a lot of wear compared the rest of the car.  The 318 V8 only puffed out 140 hp so the addition of a proper dual exhaust should help the engine breathe a bit.  The front bumper overhang on the front end of the car is begging for a rhinoplasty, but that is how they came new. 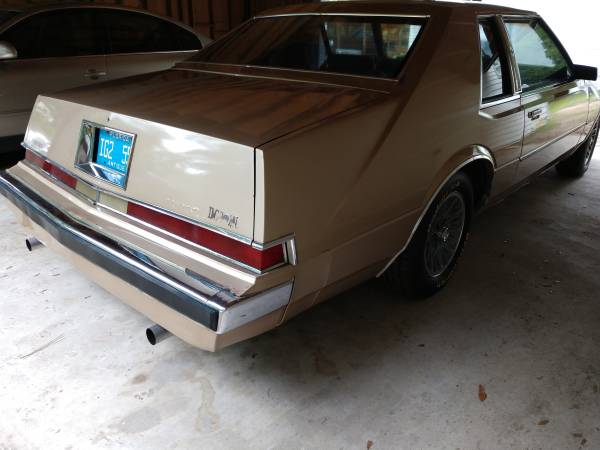