The 2nd generation Volkswagen Type 2 Van was built starting in 1967 and finished in 1979, but its legacy is nowhere near being complete.  Most Type 2s left the factory as simple people carriers blissfully unaware that their owners would turn them into death machines or, even stranger, swap in a Ford V6.  Find this 1972 Volkswagen Type 2 Van Camper offered for $4,000 on craigslist (or here on the Samba) located in Lincoln, NE. 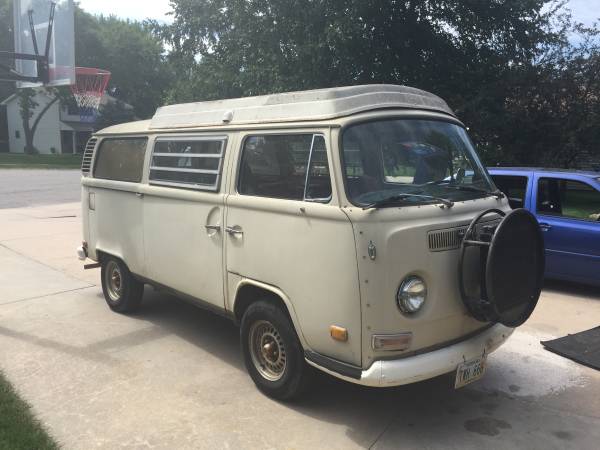 This Type 2 is pretty ragged looking from the outside, but the thing that really sticks out is the goofy looking garden hose reel contraption mounted on the nose — what is that?  A closer look reveals a small radiator — someone has removed the aircooled VW engine a replaced it with something watercooled. 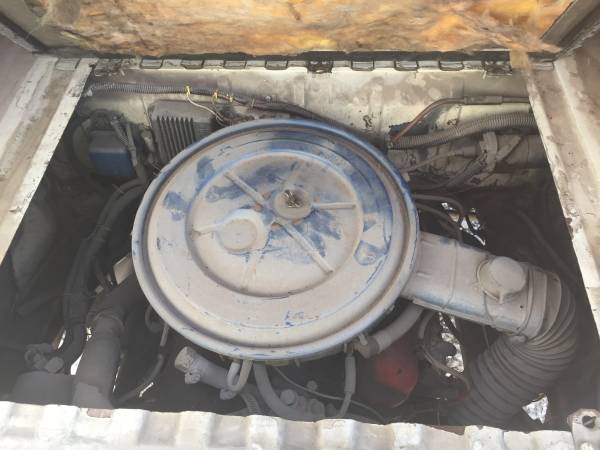 Out back you’ll find a Ford V6 which the seller identifies as coming from a Ford Mustang..but the Mustang didn’t get a V6  until the 79 Fox body update, so the dusty thing is probably a 2.8 liter Cologne V6 that could also have come from a Mercury Capri.  Also included is a brochure for a kit called the Vango that claims to be “the cure for the VW Bus “blues” and says “It’s the water that makes the difference”.  TheSamba pictures show a car being picked up at an auction, so this was probably abandoned or donated — the next owner is gonna have some work to do. 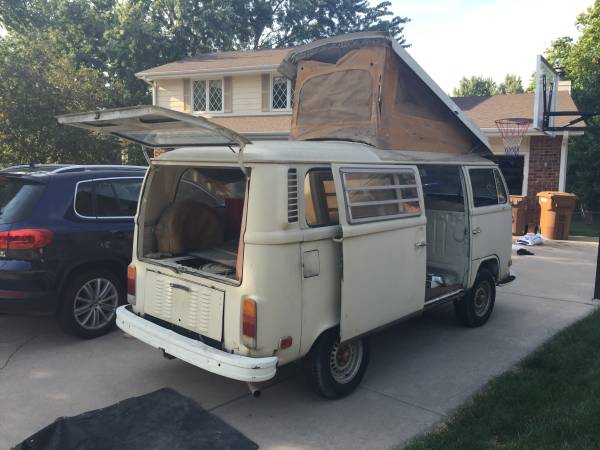