It’s Thorsday, so that means we need to feature a bonus vehicle from Scandinavia, but this next feature is far from the typical snoozy ’80s econobarge normally seen on Thorsday.  Find this 1982 Volvo 245 riding on an International Scout chassis offered for $1400 in Sandston, VA via craigslist.  Tip from SeanT. 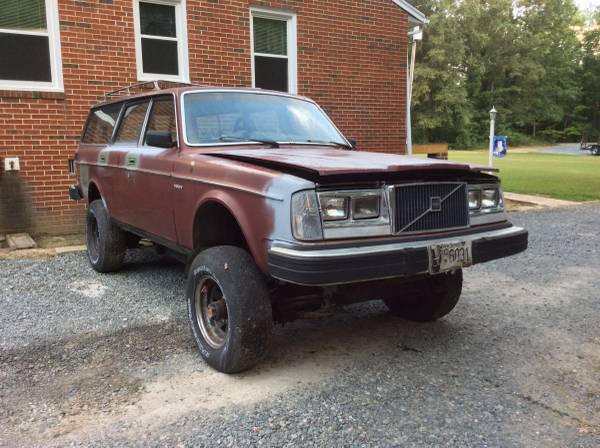 The seller includes only a few details about this thing: 1982 Volvo wagon, project car. 6 cyl, diesel, 4wd, sitting on
International Scout frame with international scout engine, (we like to
call it a Vout). Asking $1,400.00. 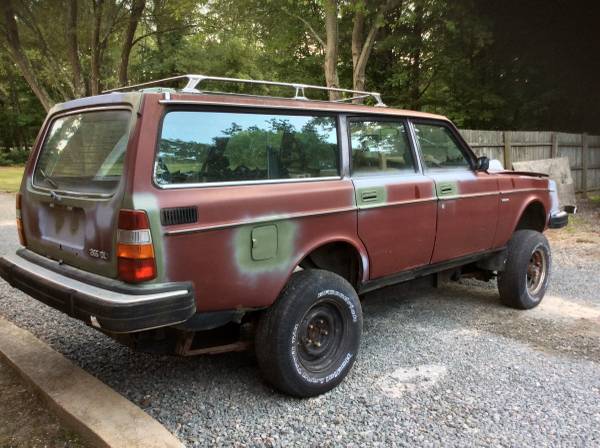 If the “6 cyl diesel” mentioned in the ad was from the Volvo originally, then it’s the 2.4L naturally aspirated D24, a delivery van engine that made about 75 hp on a good cold day in 1982, and actually designed/built by VW. So what we’d have here is a Norse Redneck Saxonmobile…

See another half baked conversion? tips@dailyturismo.com

Thursday Twister: What Should Have Been Classic Level Unlocked: 1974 MGB GT