The Matador was a mid sized muscle car with boring looks that replaced the Rebel in AMC’s lineup for the 1971 model year — but in 1974 AMC released a restyled Matador coupe that ditched the classic capote de paseo and traje de luces for black wedding dress and a propeller beanie.  Find this 1974 AMC Matador X offered for $4,500 in Largo, FL via craigslist. Tip from FuelTruck. 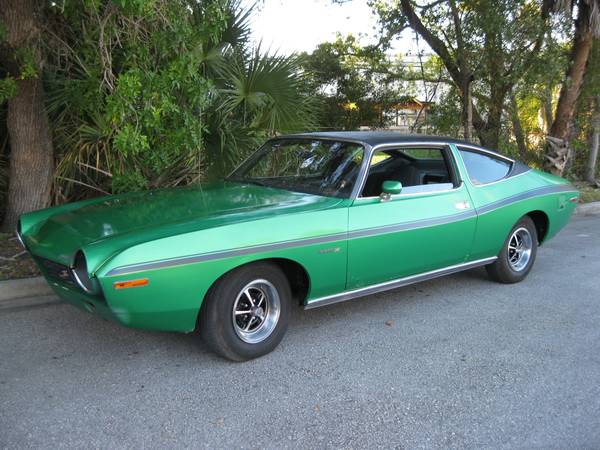 To say the Matador’s styling was unique is certainly an understatement, but in the world of fishbowl Pacers and door stop shaped Gremlins, the Matador doesn’t look bad today.  Frankly, the styling has aged well and this de-bumpered version looks far more stylish than the sub $5k price tag would suggest. 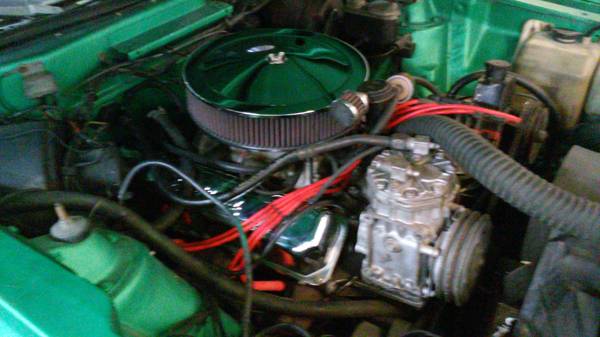 Powering the Matador is a  360 cubic inch AMC V8 equipped with a 4-barrel carburetor that would have been rated at 195 horsepower and 295 ft-lbs of torque.  The original power isn’t much for a big V8, but the seller has recently rebuilt the engine with new cam, lifters, gaskets — perhaps with something a bit more sporty.  If not, more power is just a few aftermarket parts away — intake, headers, carb, cam, heads, ignition — you know the drill. 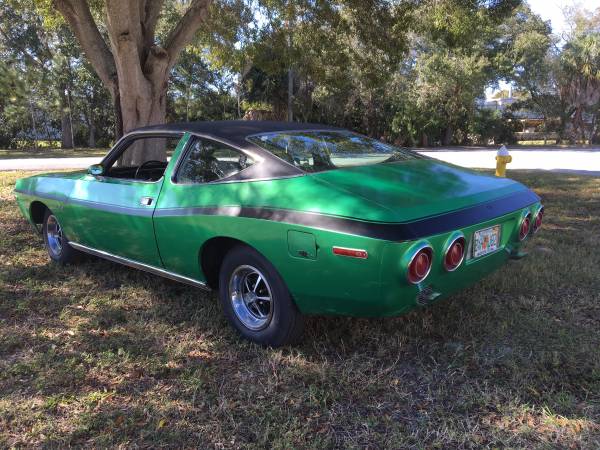 What Am I? Power Window Check Out Those Dubs: 1903 Oldsmobile Curved Dash Replica 1958 Bliss Surrey