Ford introduces its new 2014 Fiesta powered EcoBoost engines with a display of gymkhana from Ken Block. Unfortunately they left a 10,000 dB video playing during most of the display, but you can still get a feel for the smoke by watching the video link of Ken Block’s tire shredding escapade here. 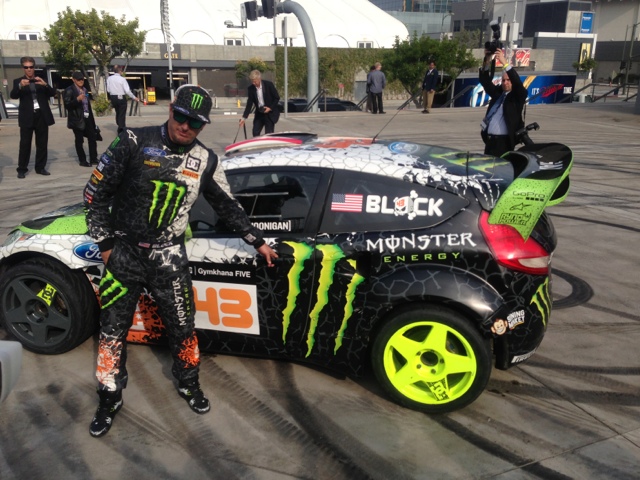 Ford’s new lineup for 2014 includes a few hot hatch versions of the Fiesta with turbocharged engines, Recaro seats and big brakes. Don’t expect to be able to do Ken Block style drifts as the Fiesta is only available in FWD. Still, the Fiesta ST isn’t a bad little hatch for $15k if you are into that kind of thing. 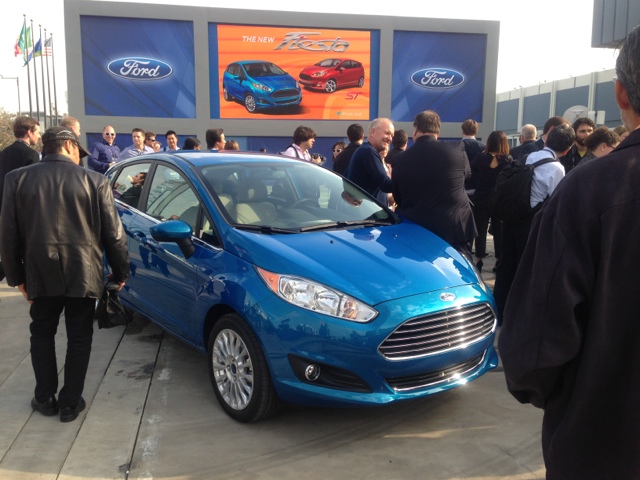 The new baby Aston looking Fiesta provides quite a bit of car for the entry price.  Granted, you could buy a used Mazda 323GTX that would give you similar performance for about $1500.  But the most you will lose on depreciation from the Fiesta is only $15k…unlike say…a Range Rover which loses $15k each year of ownership. 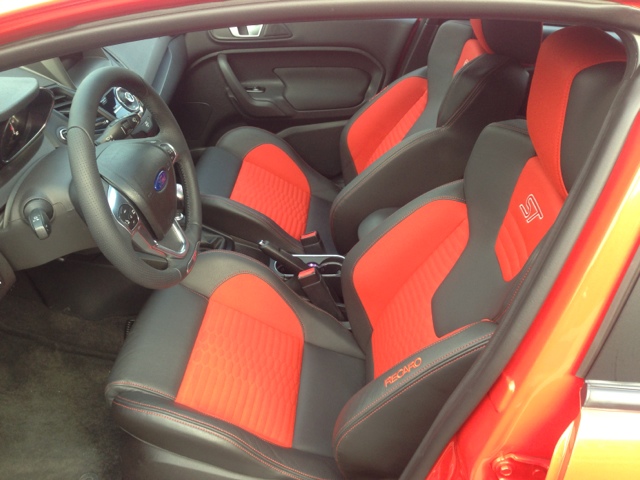 The Fiesta ST is equipped with Recaro seats and Brembo brakes – not a bad package, but you could instead pickup a used STi or Evo that would also come with Recaro’s and Brembo’s for that same $15k, but its your money.  We think the Fiesta will be a good deal when it gets to 5 years old and can be picked up with 50k miles for $7k.

LAAS: Lincoln brings no new cars, only classics. Everyone happy. DT Musings: Old Lincolns Not at the LA Auto Show