The Jaguar F-Type is pretty enough that it may bottom in price at a reasonable level, but for sure the recently announced Jaguar XFRS (not to be confused with Scion FR-S) sedan model will drop to scrap value within a few years after launch and give all manner of cheapskates any opportunity to hoon around in a 550 horsepower, 5-passenger menace. A serious man is interviewed in front of the XFRS…we aren’t sure who that is because quite frankly we don’t keep track of Jaguar’s current crop of pointy haired bosses. And before someone chimes into the comments saying “that is Jag’s chief engineer Helmut Von Such-in-such”… let’s get something clear – anyone who is interviewed at a car show is NOT an engineer. They are the current crop of MBA graduates with thick European accents, pointy shoes and shiny suits – the real engineers are back at the development center barely able to figure out how to button their pants because they are so damn focused on how to engineer automobiles in today’s cut-throat market.  The relationship of modern automobiles offering more style and less substance is clearly a reflection of corporate personalities within the world wide automotive industrial machine, but the blue cat crouching behind him…she is clearly a beauty and will set you back a king’s ransom in shillings or $100k+ USD in real money. 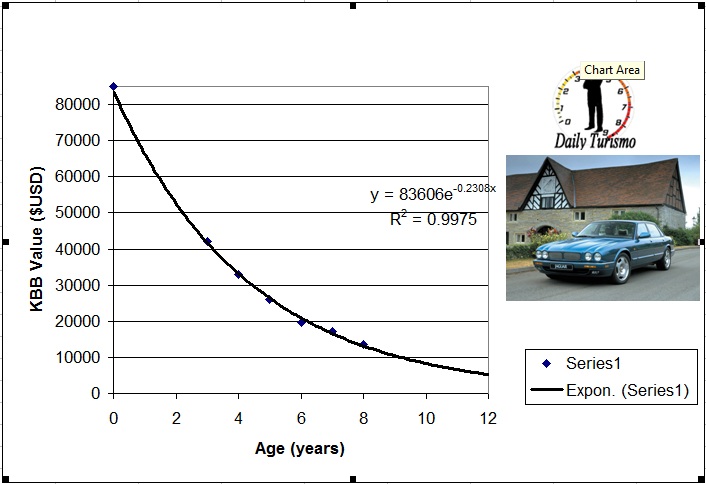 The Daily Turismo research labs have generated the above graph to demonstrate the power of depreciation in fast Jags.  This is a current snapshot of the last generation Jaguar XJR – the X350/8 which was available from 2003-2009 (yes we could have chosen the S-Type R – but there was more data available for XJR).  Igor (our head scientist) plotted up the current prices on KBB vs age and fitted it with a power series curve fit to a 0.998 R-squared value (whoot!) to make it easier to see.  While Igor laments that this is not perfect as it shows a snapshot of price vs model year instead of price vs age…it’s the best he could come up with on short notice in the basement with 2400 baud internet connection and a gigantic vat of boiling mystery liquid.  You can get back in the basement now, Igor. 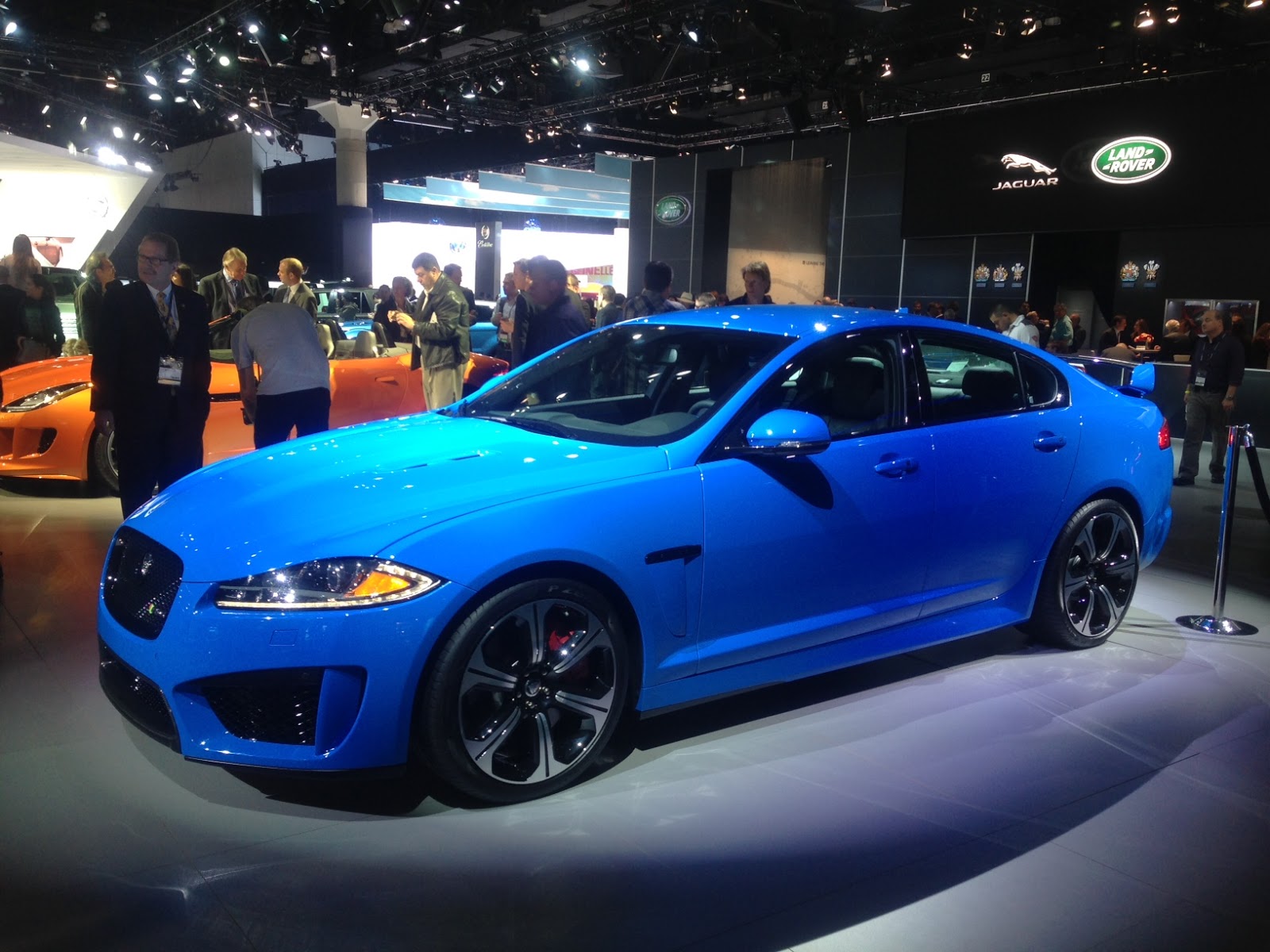 What is the take away?  Well clearly, if you are looking for an investment for the capital gains you’ve just realized from the stock market in anticipation of increased tax rates post fiscal cliff, a new Jag will do about as well as Facebook stock. A new sedan Jag will do even worse than stock in a Facebook hostile corporate buyout of Groupon.  If you are looking for a better investment, we recommend multiple aged Jags along with some equity in the growing Cuban 1950’s Buick export market – it’s gonna be huge when the BananaPlant Wall falls.