This next car will cause some confusion when you tell people of your latest acquisition. I just bought a Subaru Rex.  Oh nice, I had an 04 wagon, great cars but I had to replace the turbocharger twice.  No, not a WRX…a Rex…like T-Rex.  One of those three wheeled things?  No…no, a Kei car from Japan.  Chrysler made cars in Japan?   The conversation will just degenerate into expletives soon thereafter, so we’ll just cut it off….but that shouldn’t stop you from buying this 1990 Subaru Rex offered for $3,900 in Houston, TX via craigslist.  Tip from Vance. 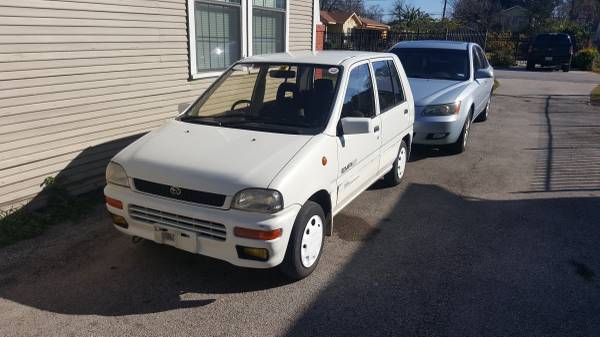 The third generation Subaru Rex was made from 1987-1992, and it was marketed in some Southeast Asian markets as Viki…which is the perfect name for a Kei car.  This Rex is over 25 years old, so you needn’t worry about a knock on your door in the middle of the night from the DHS…probably. 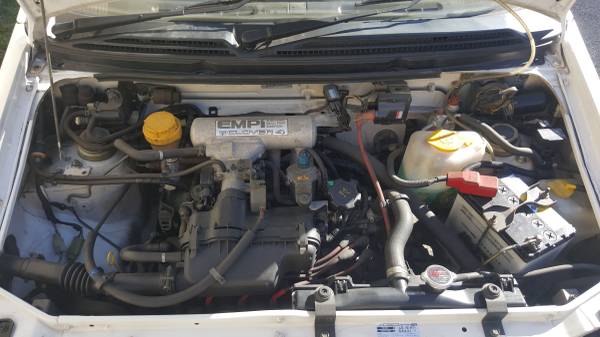 Under the hood is a 660 cc Clover4 inline-4 that produces 52 horsepower which goes to a 5-speed manual gearbox.  The Rex was available in all-wheel-drive, but it isn’t clear that this is the all-wheel-drive edition…and there was also a supercharged version. 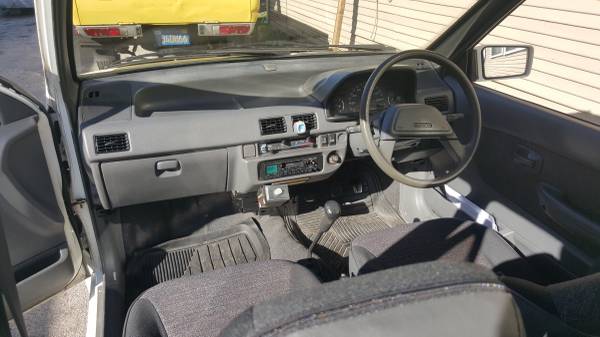 You will have to get used to right hand drive when cruising around in this thing (JDM life…yo!), but the car is small and visibility is great. 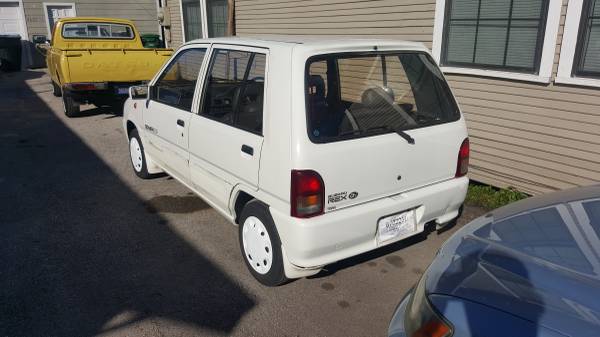 See another Kei car for a small price? tips@dailyturismo.com