The Datsun 510 was produced from 1968-1973  as Nissan’s compact sedan offering for worldwide consumption.  But it was more than just another cheap economy car to rust in junk yards a few years later — it was engineered to be an enthusiasts car, had European inspired sheet metal designed by Nissan’s Teruo Uchino, and featured rugged overhead cam L-series power.  Find this 1971 Datsun 510 Sedan with KA24E swap offered for $6,000 in Hayward, CA via craigslist. 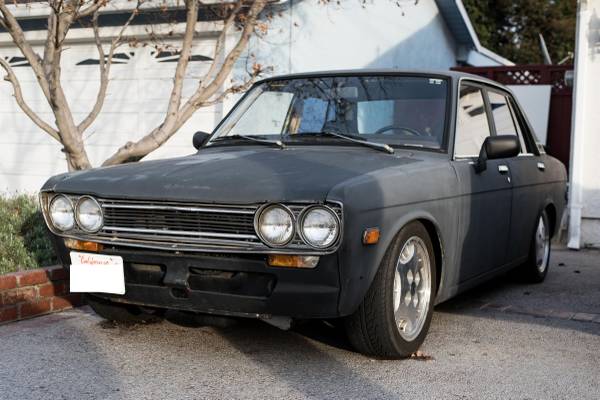 This 510 isn’t really a looker — it has a flat (primer?) paint job and is missing various bits of trim…but under the skin it has a few surprises that might make you consider getting a 4-door 510. 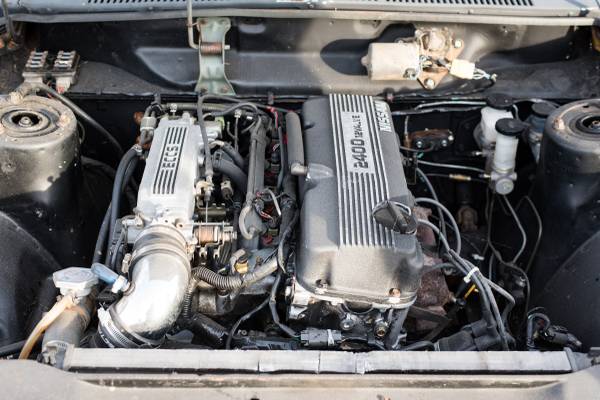 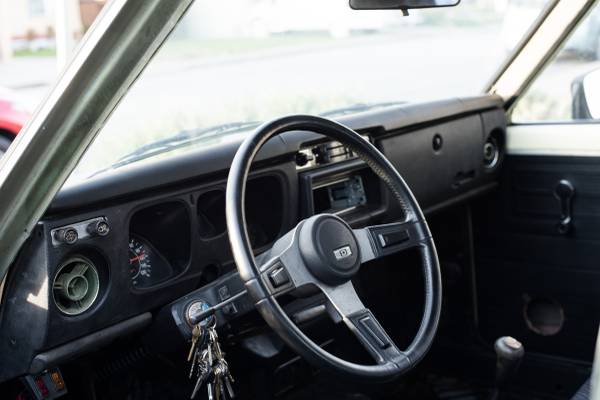 Power in this one is routed to a manual gearbox — hopefully a 5-speed that would have come with the engine, but possibly the original 4-speed from the 510 sedan. 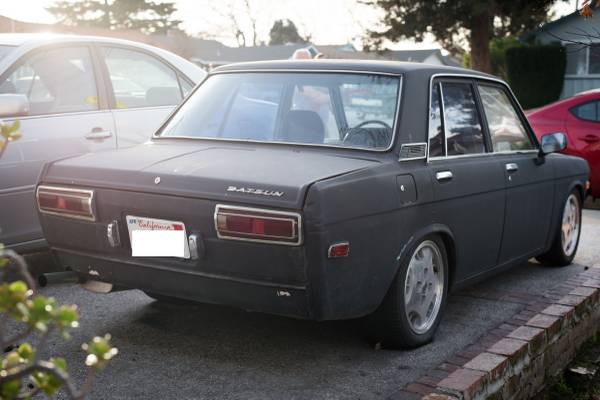 See another cheap 510 in the 510? tips@dailyturismo.com