The Suzuki Alto was a stripped down Kei car for Japanese city use, but the Works RS-X version added a turbocharger and all-wheel-drive to up the fun factor to 11.  This next Alto is a real traffic stopper and the car from behind the scenes of this week’s What Am I?  Find this 1987 Suzuki Alto Works RS-X offered for $11,500 near Detroit, MI via craigslist.  Tip from FuelTruck. 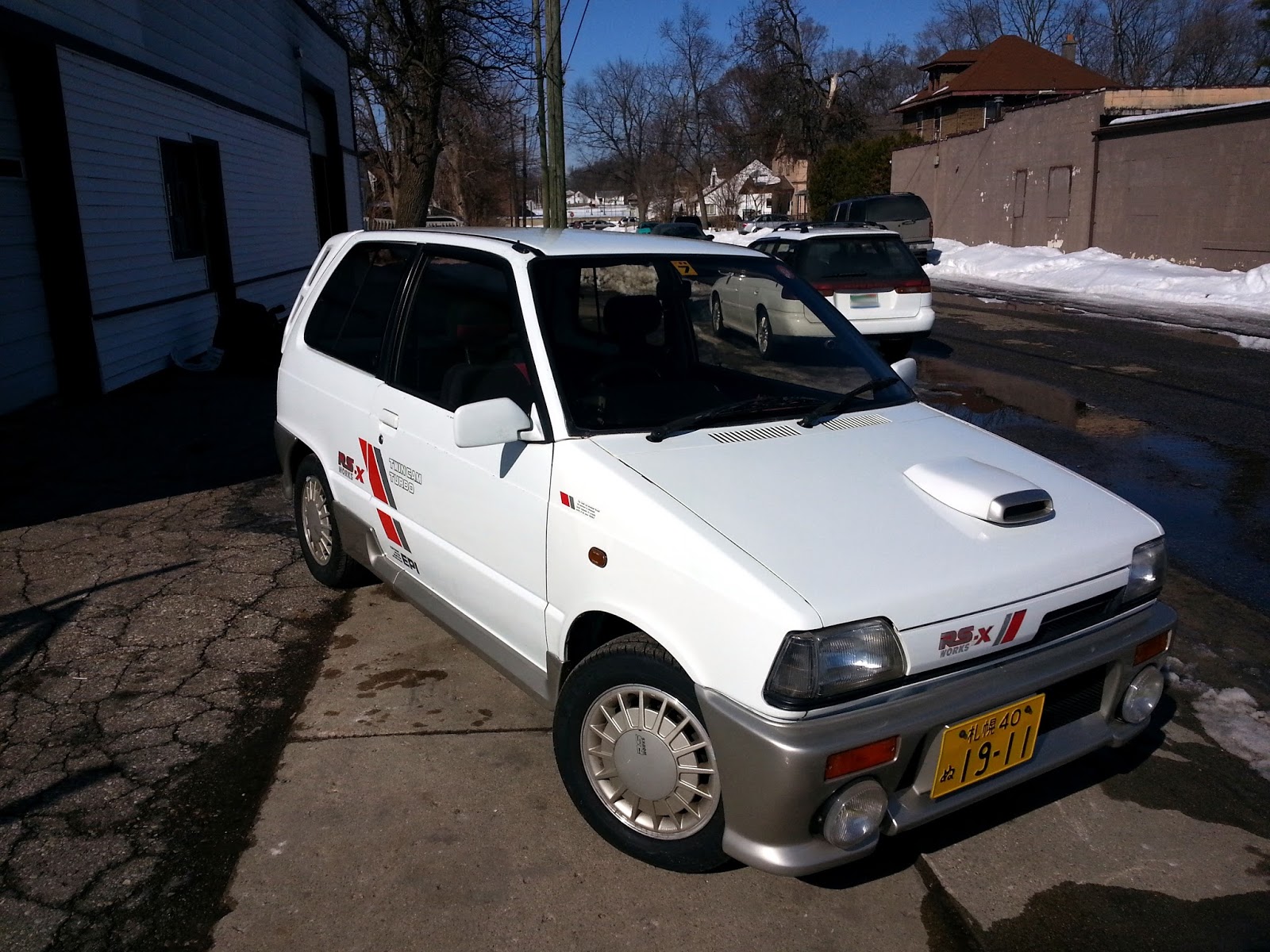 The second generation Alto was built from 1984 through 1988 for the Japanese market, but a version was badged in Europe as the Fronte, and they were later built in India (as the Maruti 800) and Pakistan as the Mehran– in fact, you can still buy a brand new Suzuki Mehran in Pakistan today.  If you ever need spare parts they are just a quick plane flight away. 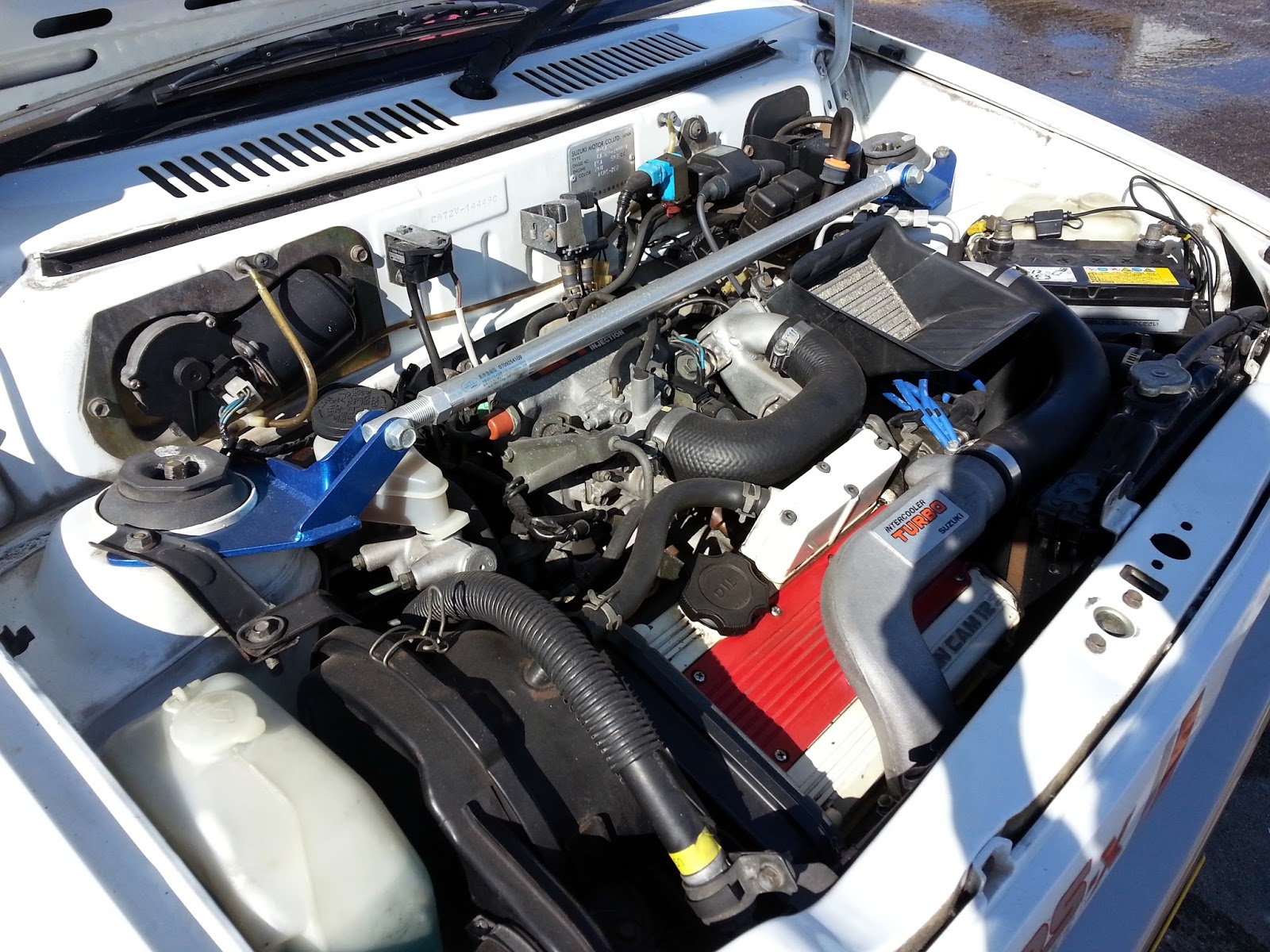 This Alto is no ordinary family beater, it has been souped up by the factory with a 550cc twin-cam 3-banger than is fuel injected, turbocharged, and intercooled to produce a mind warping 64 horsepower that gets put to the front wheels via a 5-speed gearbox. 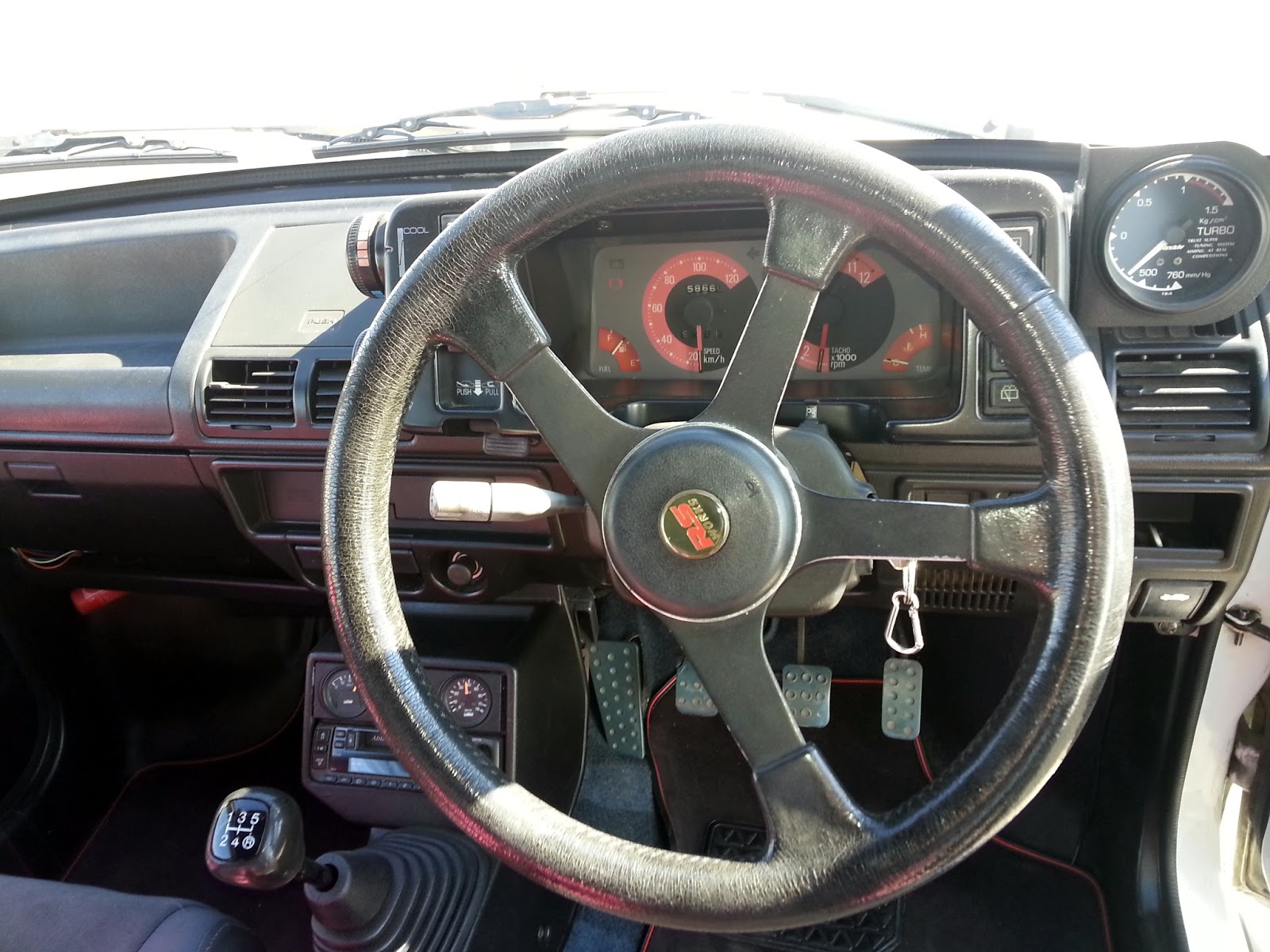 On the inside you’ll notice the strange looking speedo/tach from this week’s What Am I feature — and yes, that tach does go up to 12,000 rpm….probably because the engine isn’t what you’d expect to find an an automobile.  Fun fact of the day: Suzuki never made any engines with pushrods, because they went directly from 2-strokes to overhead cam engines, and sorta skipped the 4-stroke pushrod era of the 1950s/60s. 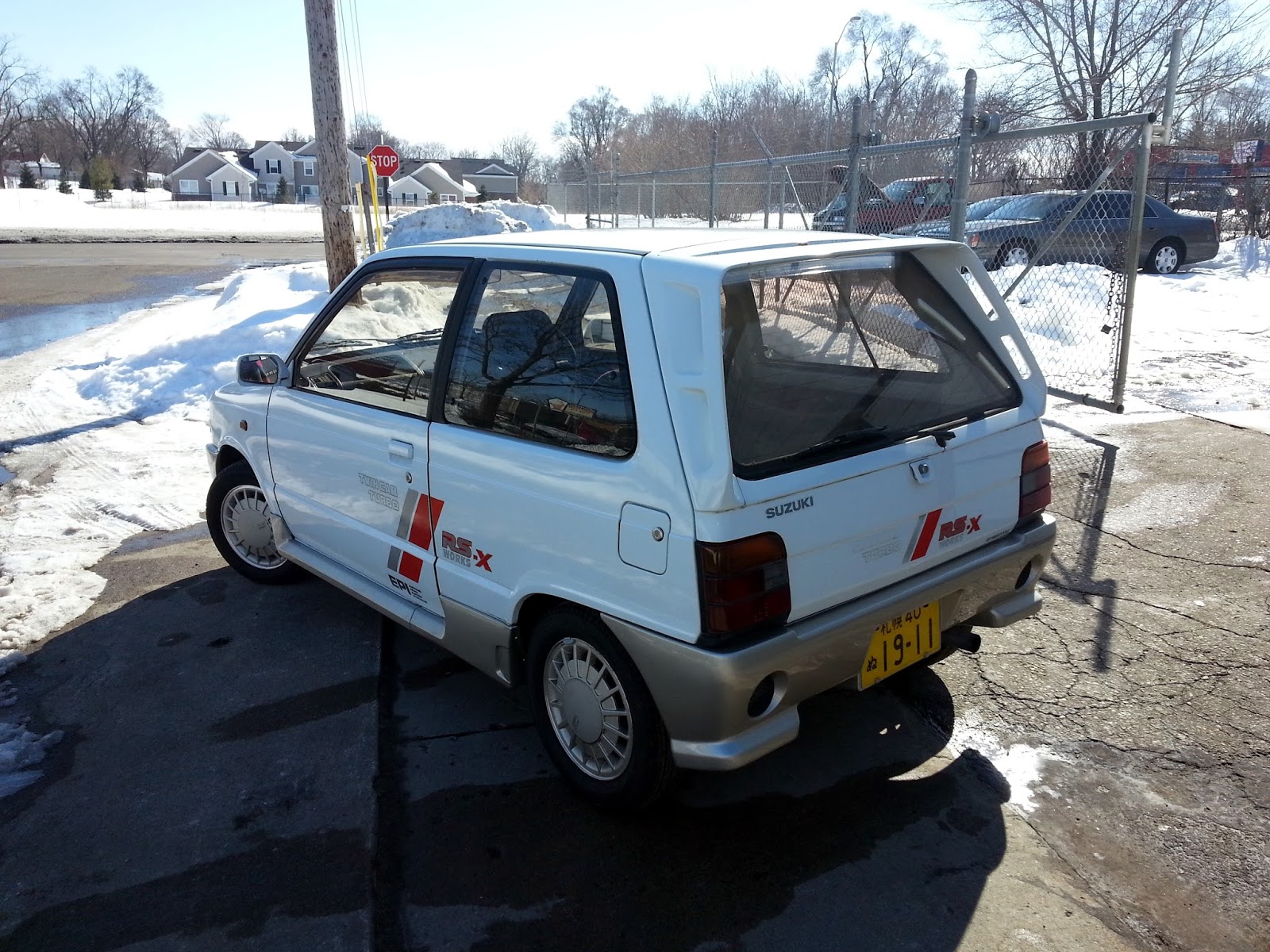