The original Corvette is a venerated icon in the automotive world; when released in 1953 it captured the heart of America, sort of like a young Luke Skywalker.  A few years later the Corvette got better. The C2 Vette was the ultimate in badassery culminating in the Darth Vader ’63 Coupe (yes, that one).  The C3 Vette was not as pretty but had some serious firepower with the ZL1 all-alloy 427 cubic inch V8 fit for a galactic Emperor and Sith Lord…things were looking good for Corvette fans.  And then in 1984 Chevrolet released the Jar Jar Binks of the Corvette progression, a floppy pile of parts that had the structural rigidity of a Gungan’s ear flaps and the reliability of a pod racer built by an 8 year old with salvage yard parts.  Find this 1985 Chevrolet Corvette C4 offered for $6,950 located in Lakeville, CT via craigslist. Tip from Cory. 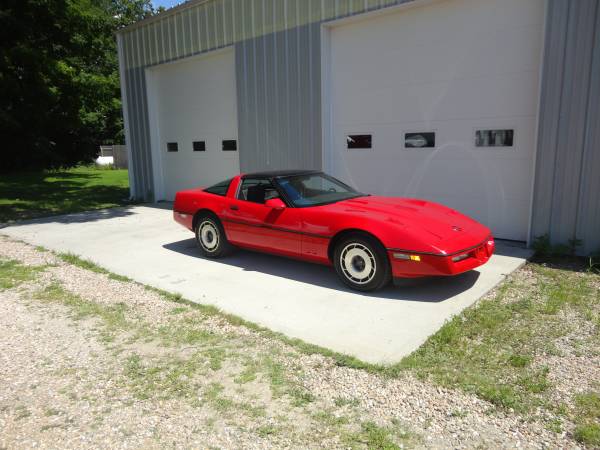 The C4 Corvette was first introduced in 1984 as the future of Corvette
styling and it passed on the traditional Vette curves for a sleek and
aerodynamic look.  The inside introduced a digital LCD dash display that
was going to be the future of motoring….of course the next generation Corvette reverted to curvy hips and analog gauges…I guess buyers didn’t like the future as much as the product planners at GM.  Sounds familiar — like the Aztec, EV-1, Vega, Saturn…etc. 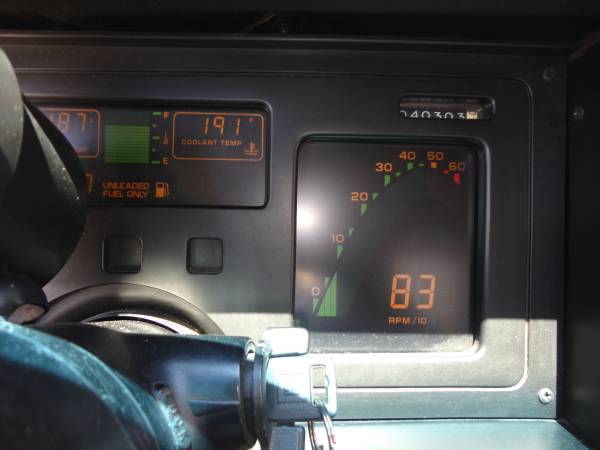 Just feast your eyes for a minute on that digital gauge, a paradigm of futurism gone awry.  One thing that gearheads figured out in the revived analog gauge era is that the gauge doesn’t always mean what it says, like the re-calibrated tachometer on the E46 M3 (8,000 rpm isn’t really 8,000 rpm) and every temperature gauge in a car since about Y2K doesn’t show temperature, but shows a pegged in the middle needle if temp is in a certain range (yeah, even the ones with numbers on ’em, the numbers mean jack squat). 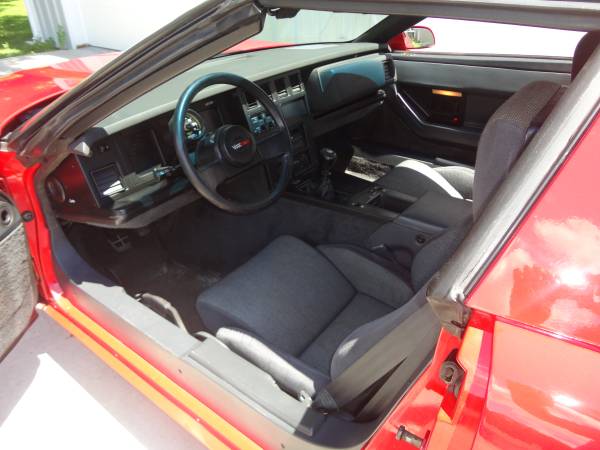 This Vette shipped from the factory with a 230 horsepower L98 small block, but is now pounding pavement into submission with a 408 cubic inch small block with a Lingenfelter cam and a bunch of hop up parts — expect something in excess of 400 horsepower if it was built well.  Even with the funky 4+3 manual shifter it should go like stink. 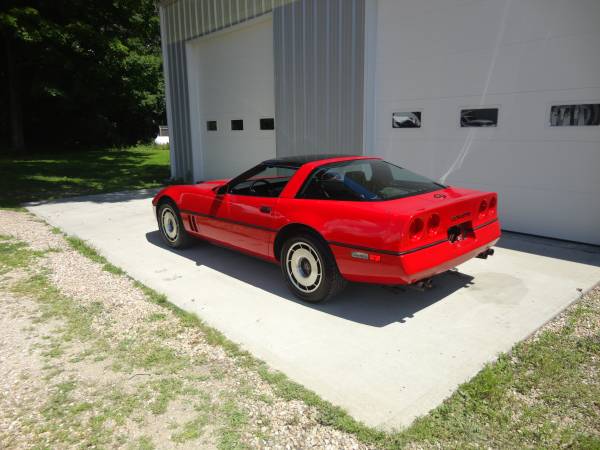 See another car with which I can channel my inner old man? tips@dailyturismo.com