Chances are you’ve seen a few Nissan Glorias on the road in the past few years, but on this side of the Pacific they are badged as the Infiniti M45.  However, today’s Gloria dates from back when a company named Prince had recently been merged with Nissan, bringing with it a large sedan.  Find this 1969 Nissan Prince Gloria offered for $11,000 in Milwaukee, WI via craigslist. Tip from SeanT. 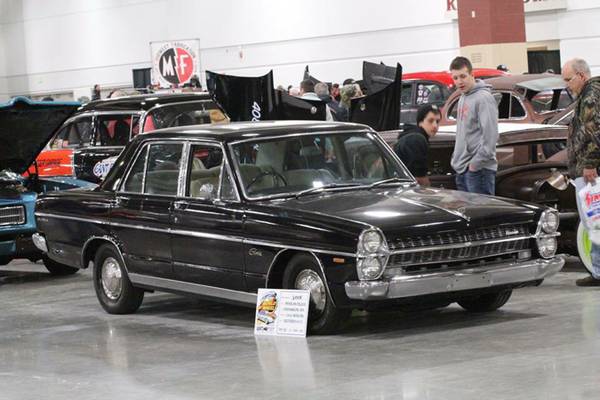 The 3rd generation Gloria was sold from 1967 through 1971, so it lived in a time when the design/engineering/production work was done by the guys at Prince Motor Company, but it was technically sold as  Nissan.  It looks very similar to something you’d find at a mid-60s Ford dealer (and maybe some Cadillac too?) but features small 2 liter Japanese power. 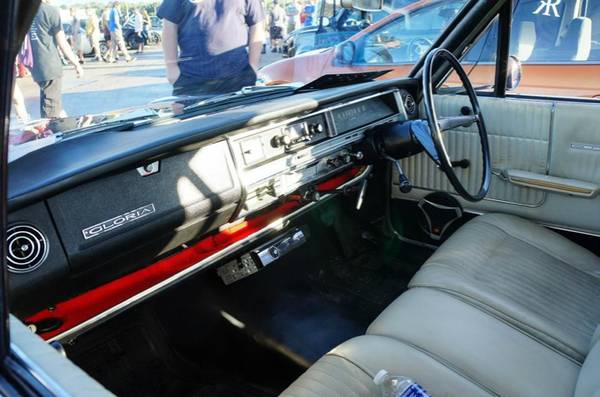 Under the hood is a 2.0 liter pushrod overhead valve H20 inline-4 (the optional upgrade engine was also 2.0 liters, but an inline-6…strange stuff) that makes 99 horsepower and 123 ft-lbs of torque…and yes, it is H2O cooled.  Enjoy trying to learn to use a column shifter (for the 3-speed manual) that is located on the left side of the steering column… 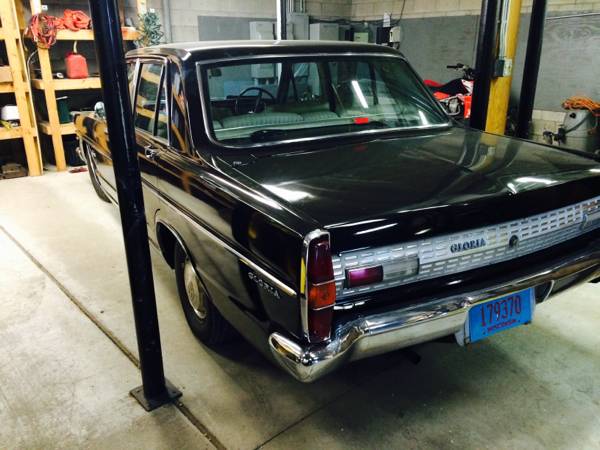