Maybe this is why the Germans lost WWII.  While the USA was tooling up M4 Sherman, the British were making the Matilda, and the Russians were building the IS-1, some guys in Germany took the time to build a metal exoskeleton on a Volkswagen Kubelwagon to make it look like a tank.  Looks can be deceiving, and it might make a skittish enemy flee, or fool the advanced guard into thinking you are a bigger force, but a fake tank is not something that will be much fun in place like Stalingrad.  Find this 1939 Volkswagen Kubelwagen Type 82/3 here on eBay bidding for $21,200 in Anaheim, CA with 2 days to go. 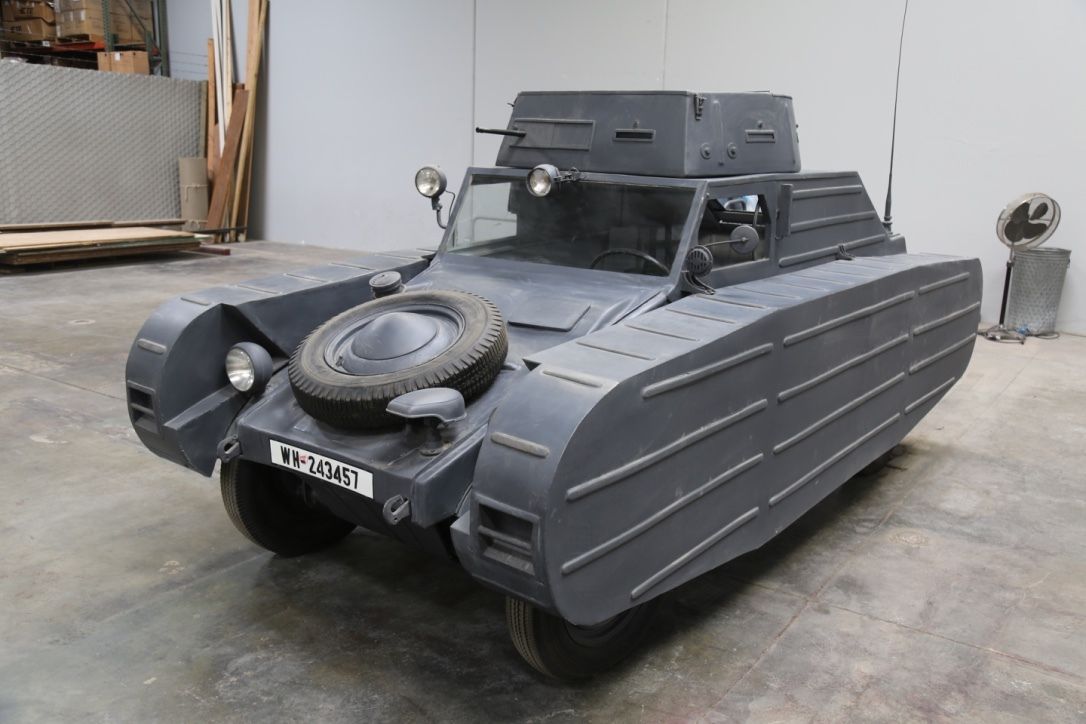 The Kübelwagen Type 82 looks a lot like the much later Volkswagen Type 181 Thing, but it was developed by Ferdinand Porsche and build by Volkswagen using parts from the Type 1 Beetle at the request of Adolf Hilter way back in 1938.  The 82/3 version added a crazy faux armored vehicle look and a light machine gun turret with swively chair. The Type 82/3 might have looked like a tank, but with a curb weight of somewhere around 1200 lbs dry it didn’t have much for armor protection and was probably vulnerable from .177 caliber pellet gun rounds. 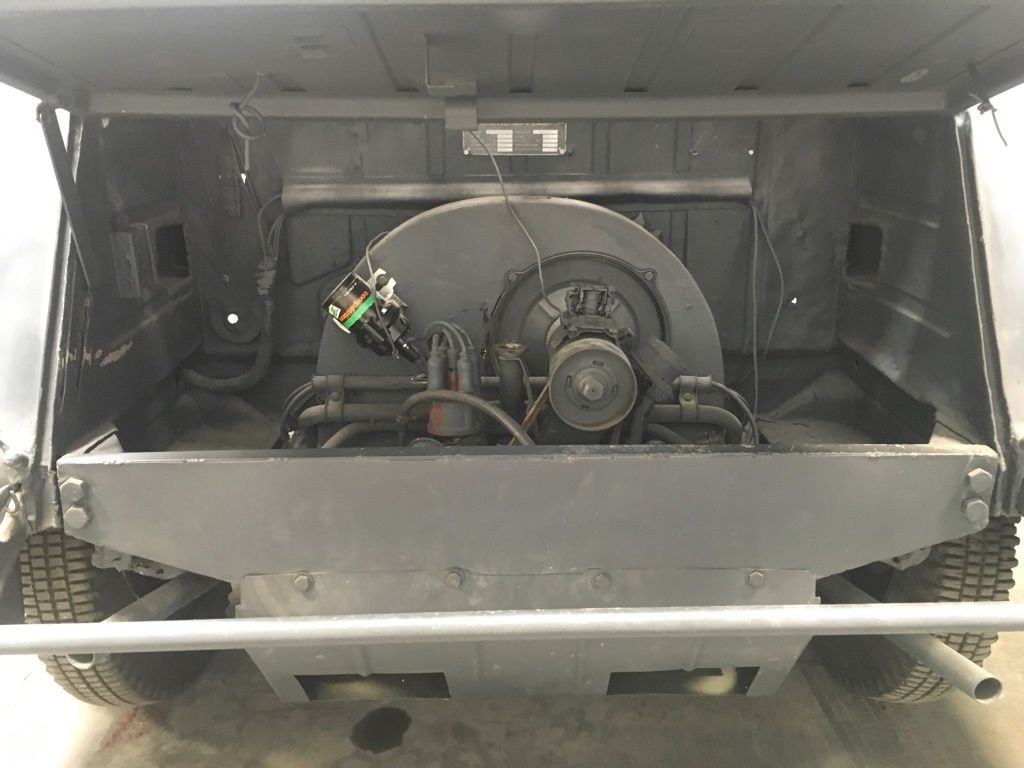 Out back was a big part of the reason for the low armor/curb weight — a 1.1 liter aircooled flat-4 that pushed out 25 horsepower on a good day.   However, the little bucket-seat car proved to be a surprisingly good off-roader.  With a limited slip rear differential, gear reduction hubs, and decent ground clearance, the Kübelwagen could go just about anywhere a US Jeep could go. 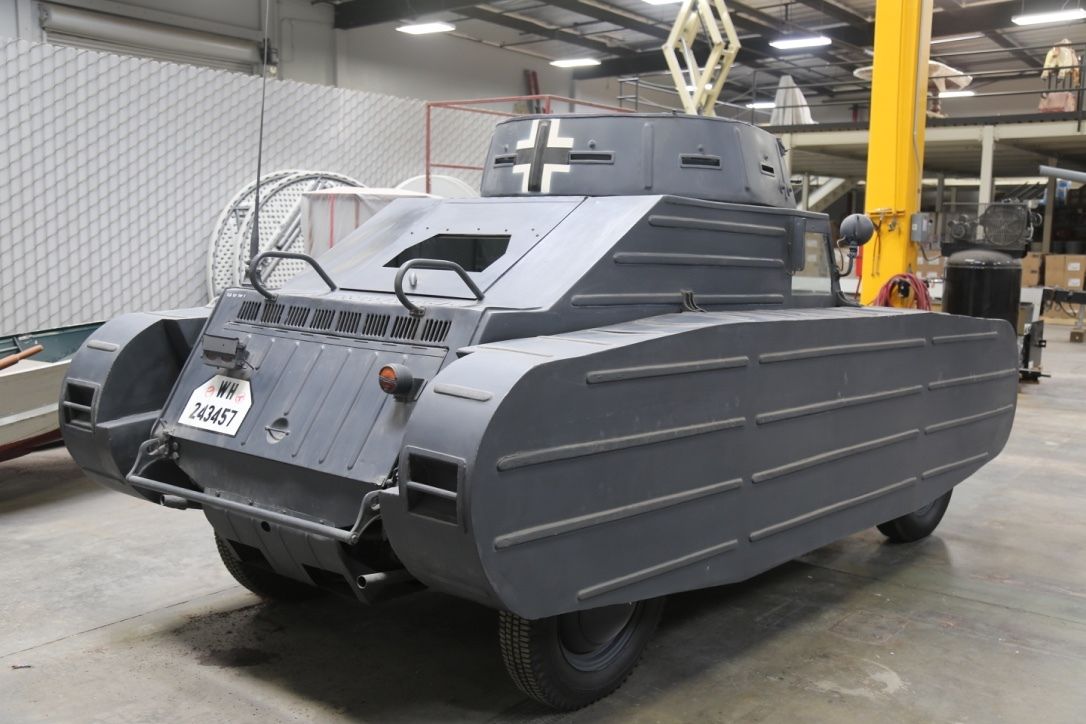