In 1999 Ford restyled the SN-95 generation Mustang in something called New Edge…which, strangely, had nothing to do with the lead guitarist for U2…but incorporated a stealth fighter-esque look into Ford’s vehicles. It was a major upgrade over the previous amorphous Mustang that looked to be one part 1st-gen Miata and two parts Pontiac Grand Prix…but it still lacks something that the Fox body had and the 5th-gen S-197 Mustang has…something called ‘MURICA!  Oh.  Here.  Somebody fixed it.  Find this 2000 Ford Mustang GT 5.4V8 offered for $5000 in Richmond, VA. Tip from Push Rod. 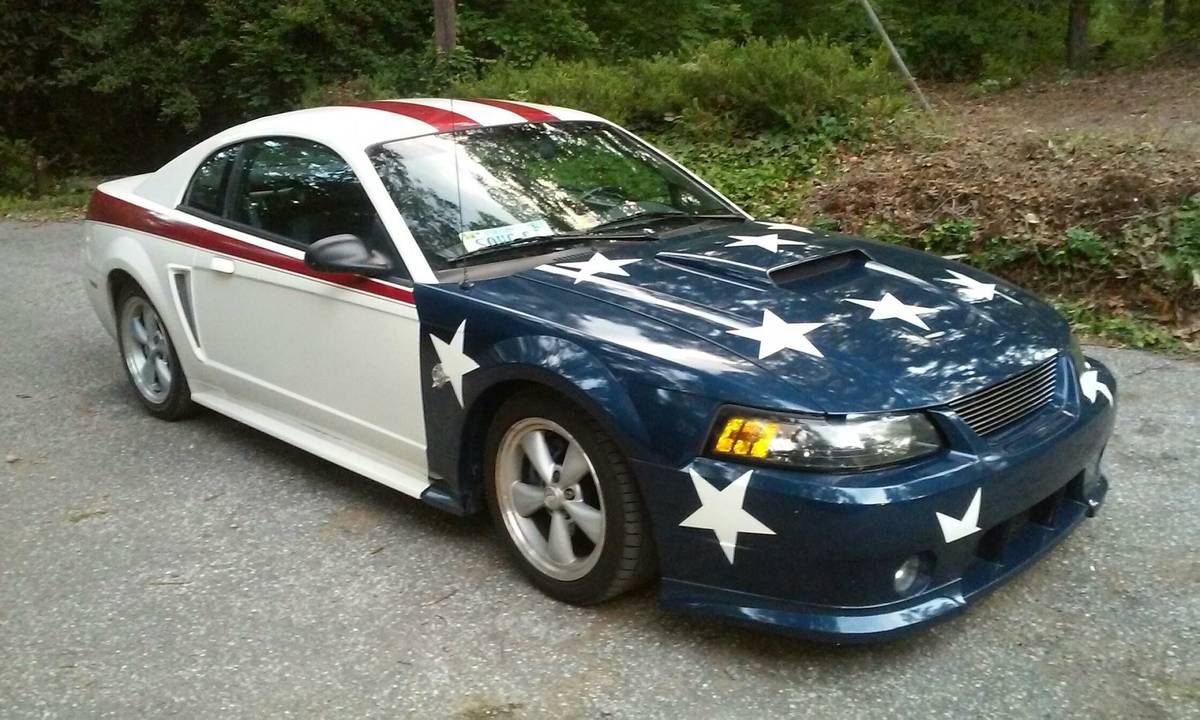 2000 mustang gt 5.4 motor swap. Motor and trans has less then 100k and rear I just put in this passed weekend with tubular control arms upper and lower has 130k on it. Has cold air intake, 70mm throttle body, full hurst short throw shifter, lowered 2″. Nice paint just different.. that the previous owner did. Cregar style wheels with brand new tires and new clutch. HID head light and led tail lights and I’m sure I’m missing something. Car nice a back driver ABS sensor, and a power steering pump line. Previous owner hit a raccoon and it leaks alittle. Normally too it off every couple days. Looking to sell or trade for a Toyota pickup. Must be 4×4 5speed. And rather have 22r/22re. And perfor extra cab but let’s just see what you have. Doesn’t matter what year I like them all. Open to other trades too. Worst I can say is no. Price is obo. NO SCAMMERS! 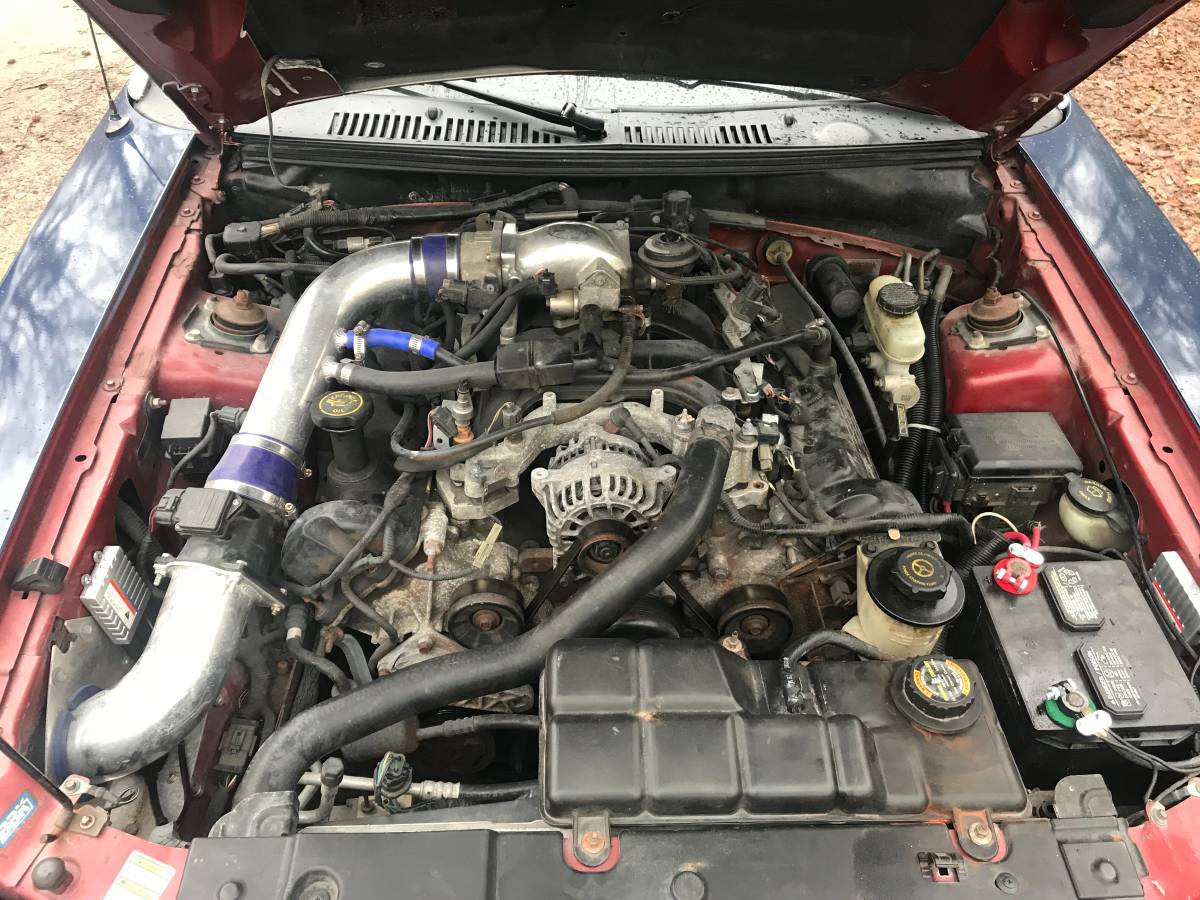