Oh no, what have I done now? As if my own driveway and the collective DT Project Car stable wasn’t yet large enough, I’ve gone and adopted this forlorn looking Miata. Armed with a penchant for checking craigslist every 10 minutes and a thirst for cheap trackday fun after driving a simple 1.6L NA at Mazda Raceway Laguna Seca a few weeks back, I’ve been on the hunt for an el-cheapo Miata to convert into a low stress trackday car for my wife and I to drive. And with all of the Miata talk lately on the DT Radio Show, I thought it necessary to put (a very small amount of) my money where my mouth has been flapping. The creature presented itself this Tuesday. Here she is, my first NA. 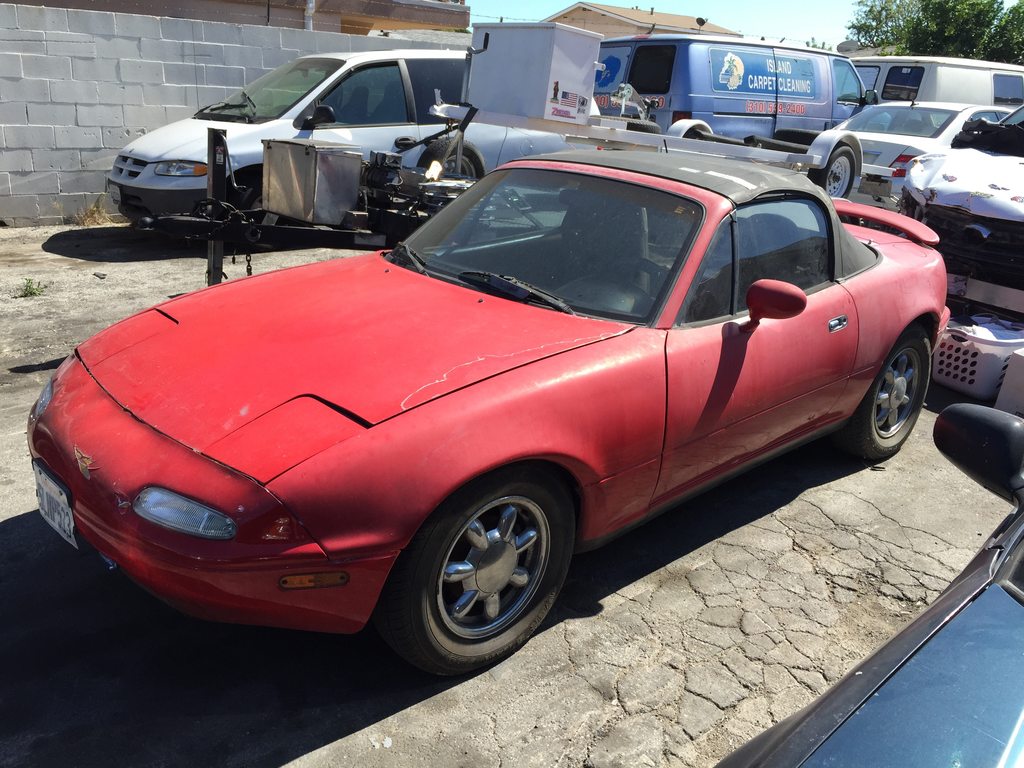 It’s a 1990 model year, the first for the venerable MX-5, and was produced in Hiroshima in December 1989 with a 5-speed manual transmission and the “B package” – power steering, cruise control, leather wrapped steering wheel , alloy wheels, power windows, etc – so it was as loaded as they came for the first year of the basic Elanish reboot sports car, save for a slushbox. I’d have preferred a base model car but for the price, I really can’t complain. Not sure yet if this has the optional viscous LSD.

This thing has obviously had a few shunts over the years, with some repainted panels and a wonky nose / front fascia. None of that matters for a trackday car, of course. I came across this little low-buck wonder advertised for $700 at a local towing company. The sole photo in the ad was accompanied by the concise sentence: “1990 Mazda Miata runs, may need some work call Tony.”

If you’ve been following DT for a while and absorbing some of the drivel that we have been spewing from this virtual soapbox, you will have learned that the best deals on cars are frequently had from the ads with one photo and a sub-ten word description. This signals that the owner wants it gone, now, and doesn’t want or need to primp the car up for maximum profit. In my case, the low low price was another signal to that effect. Through chatting with Tony, I found out that this car was donated to a local charity who then sold it to the tow yard, just a few days ago.

When I arrived I was greeted with the warning that “it might need a jump,” but to my surprise the neglected little guy just started right up at the first turn of the key. A few squeaks and a slightly rough idle greeted me, but no nasty smoke and no major oil leaks were anywhere in sight. Oil pressure held steady above 30 psi at idle after warmup (yay – a real oil pressure gauge in a 1990’s car!) and it seemed to shift through the gears fine with the clutch depressed. Time for a test drive. 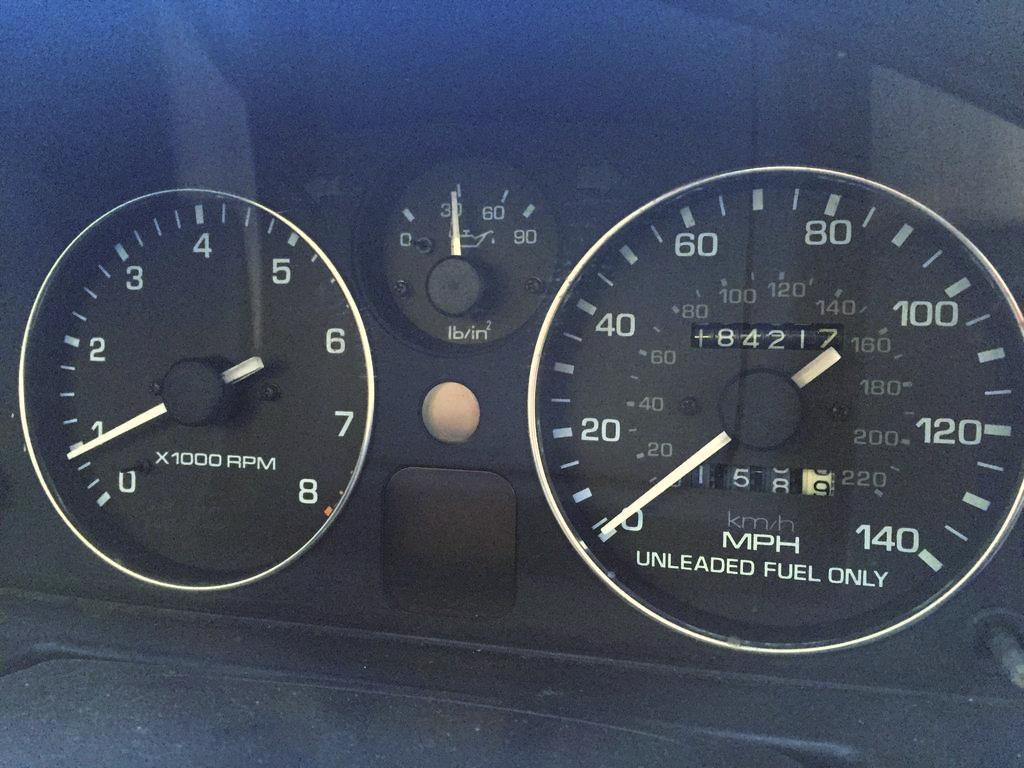 On the road…hey! This thing is more than decent for the price. It was advertised at $700 but Tony immediately talked himself down to $600. I could sense that he had the urge to fix this thing up himself before flipping it, but was trying his damnedest to move it along before the temptation to spend money on it became a reality. Even though it was fresh out from under whatever tree it had been parked under for the past 3 years (judging by old registration cards and the amount of debris buildup under the hood)…it drives fine. Sure, there’s a bit of vagueness to the steering but cheap coilovers and a quickie suspension rebuild are in this car’s imminent future. 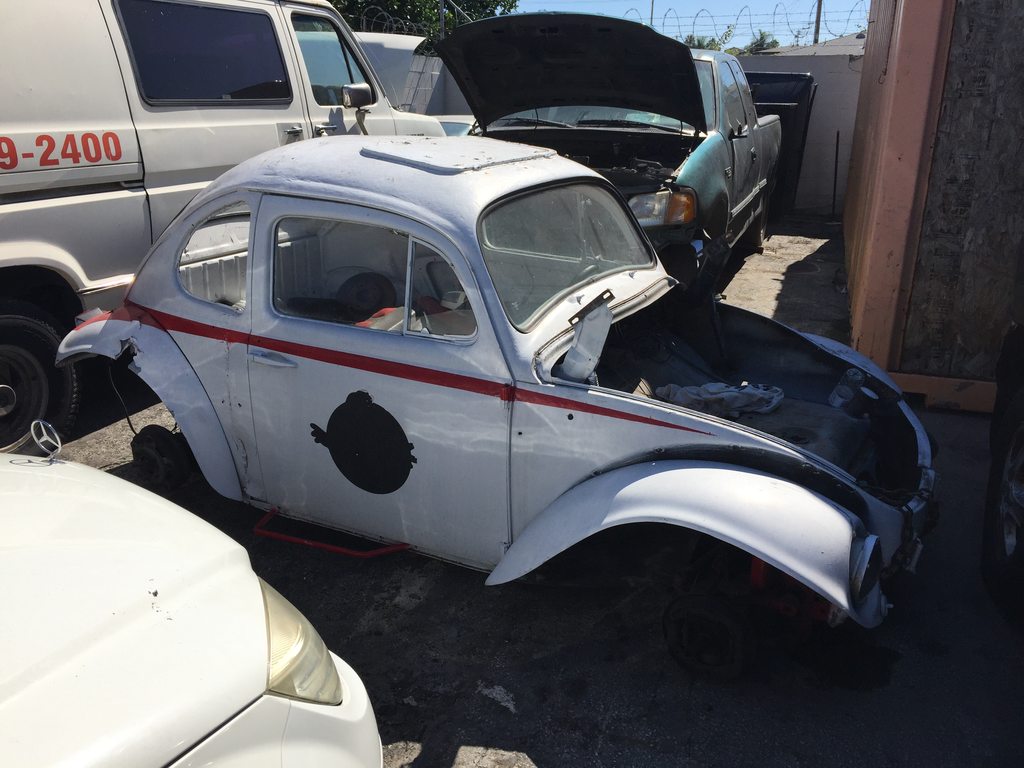 While I was waiting for cars to be moved out of the way before I could test drive the NA, I poked around the tow yard and found a few gems. This “shorty” VW Beetle was sitting in the dirt with only a transaxle remaining as anything of value. I dig the Ghostbusters theme that the builder was going for, but really, a truncated Volkswagen is a poor substitute for the real deal 1959 Cadillac Ambulance. 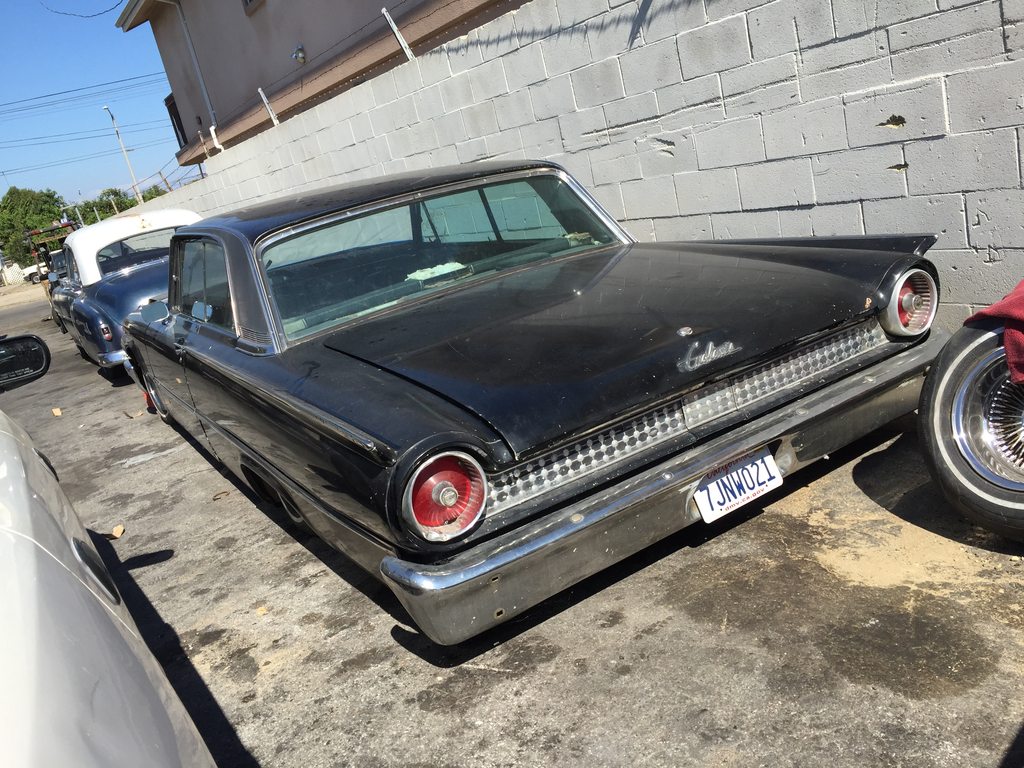 This Ford Galaxie and the early ’50s survivor Chevy parked in front of it belonged to an employee, so I took solace in the fact that some kindred spirits were around this place and thanked the chakra stones and Kali Ma for my good fortune and for cheap Miatas. 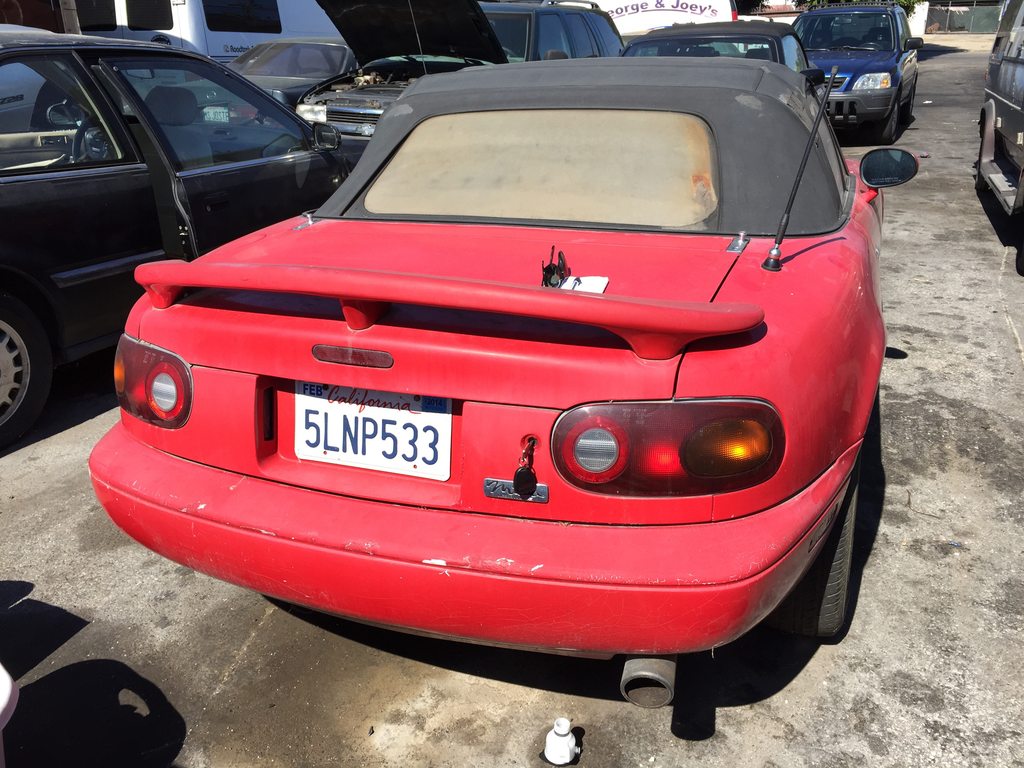 After getting the legal stuff sorted out, El Cheapacabra will become a trackday car that will remain street drivable (with plates, lights, etc still installed). My wife’s goal is to be able to drive in future 24 Hours of Lemons races with our team, Black Iron Racing, and shoving her into one of our terribly unreliable hoopties amongst hundreds of other noobs is probably not the best way to build her confidence as a driver. I figure that a cheap, mechanically sorted NA Miata is about the most benign, user friendly, and easiest to live with trackday trainer car around.