I Am The Champ: 1956 Studebaker Champion

Are you a fan of 1950’s American cars?  Do you like the styling of the 1957 Chevy, but can’t afford the cost of entry?  Do you fancy the colors aqua and teal used together?   Do like your chrome bumpers to be really ornate and made of real metal?  Studebaker is an American automaker that not many people under the age of 50 are too aware of these days as they built their last new car in 1964.  Find this 1956 Studebaker Champion coupe for sale in Guilford, CT for $8,500 via craigslist. 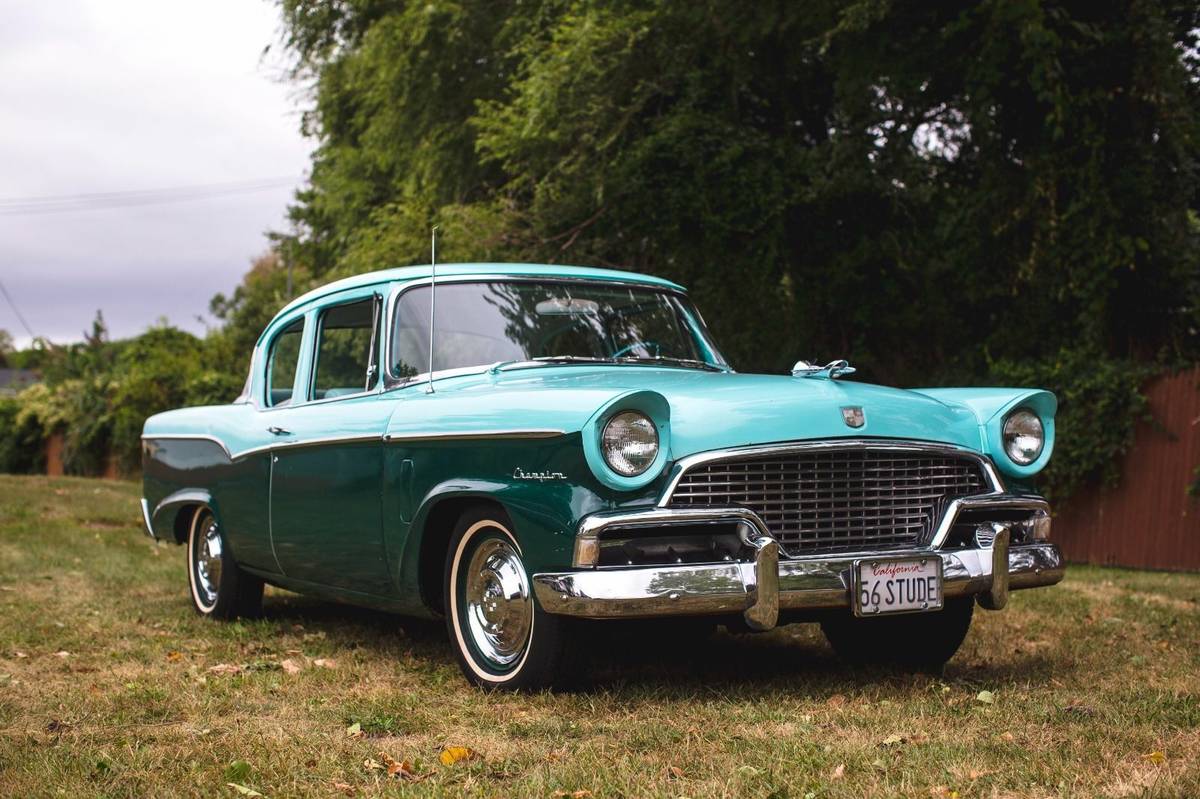 The seller describes his 56 Stude as a super sweet ride that you don’t see many of around.  The car was originally from California and only shows 57,000 miles.  It’s 101 hp flat head 6 cylinder engine is mated to a 3 speed manual column shift with a overdrive/cruising gear.  The interior and headliner were recently refreshed and came out great.  The front bench seats are as flat as Kansas so any hard cornering is going to send you across the aisle.  The two front windows have cracks, but still function as is. 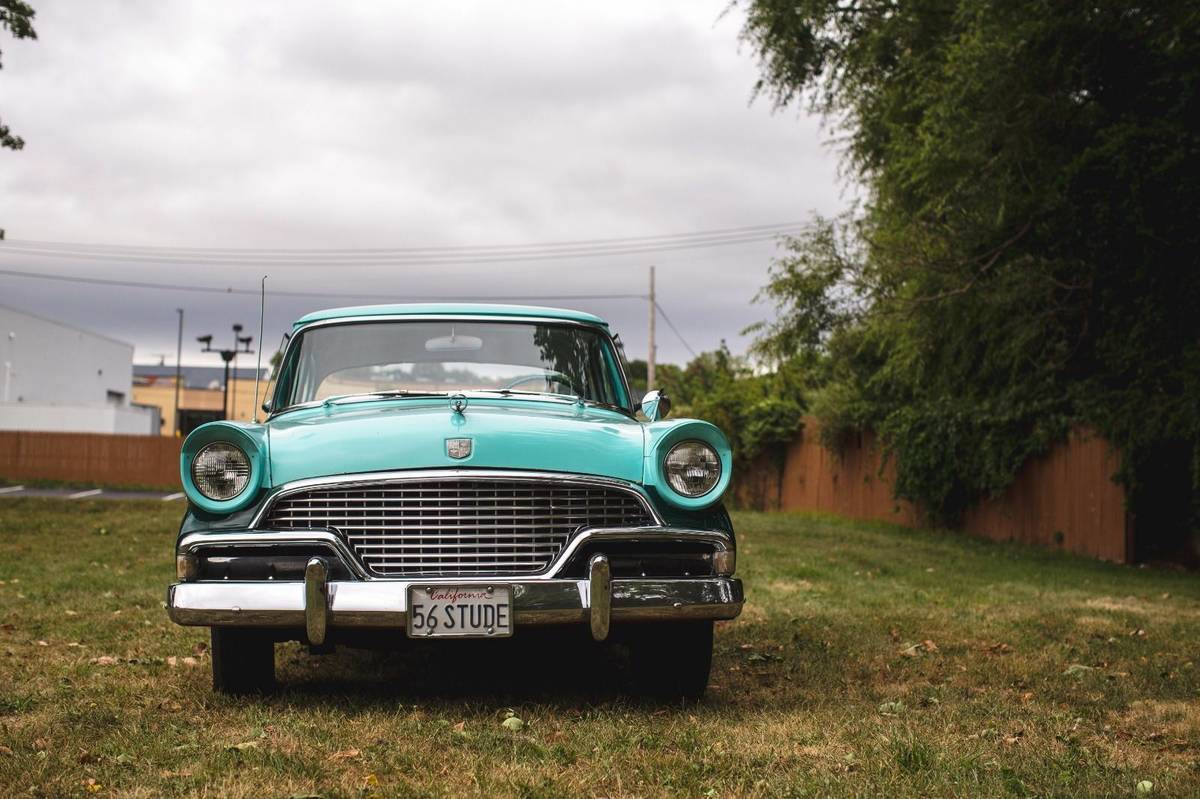 The fourth generation champion model came in a dizzying array of body styles which included:  2 door coupe, 2 door convertible, 2 door wagon, 2 door sedan (what is this?), 4 door sedan, and 4 door wagon.  A fifth generation Champion was new for 1957 and only soldiered on until 1958. 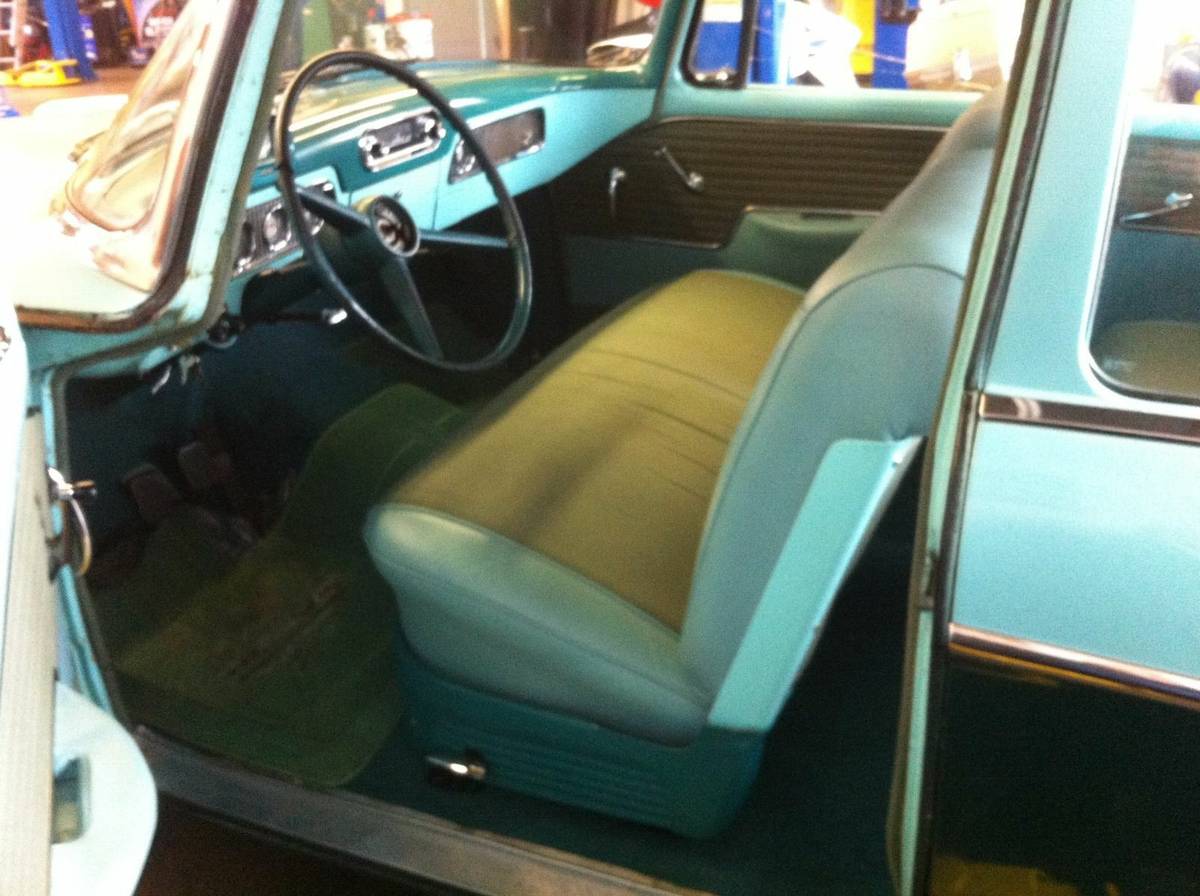 Cory is making slow progress on his 1995 Mercedes C36 AMG project and hopefully picking up a dirt cheap 1986 Mercedes 300e 5 speed this week.